Carolina Merminga was born in Athens in 1957. She studied Law and worked as a lawyer and a journalist. She has published two collections of short stories In Love (Hestia, 2005) and Today I Will not Die (Melani, 2010), and a novel Kin (Melani, 2013) and has translated Greece's Odious Debt by J.Manolopoulos (2012) and The Second Chance by Henry James (2014). Her most recent book The Greek Doctor has been shortlisted for the European Union Prize for Literature 2017. 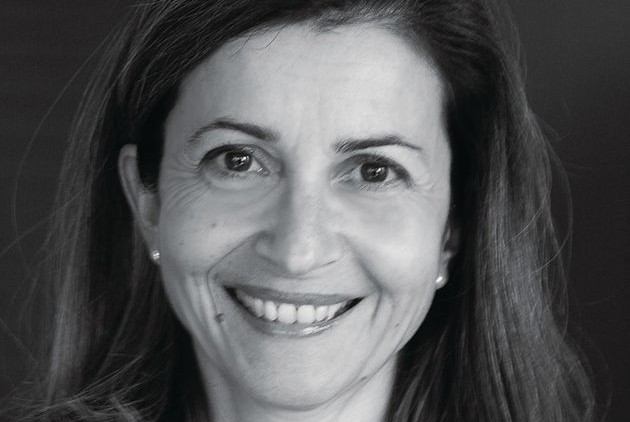 Carolina Merminga spoke to Reading Greece* about The Greek Doctor noting that through the life and personal experiences of a Greek doctor (1874-1941) “Greece’s entire history of that period unfolds”. She comments that “we have not come to terms with our history”, that is Modern Greek History, adding that “following the creation of the Greek state in 1833, most historical events are linked with deep social rifts and intense political conflicts, and even today writing about them seems to mean, for many, having to ‘take sides’”.

She explains that “the large form requires commitment from both writer and reader”, while short stories equally “require huge talent if t they are not to be simply an easy-write and an easy-read”, and notes that “both forms should serve that which the story requires: the way it should be told, fully and honestly”. She comments that “writing a book means listening and devoting and abandoning oneself to an inner voice and then, afterwards, checking it: re-reading it, as a reader”, and concludes that “real writers don’t turn to writing because there is a crisis. But I hope that the crisis will make people turn to real writers”.

Your latest novel O Έλληνας Γιατρός [The Greek Doctor] is included in the shortlist for the European Union Prize for Literature 2017. Tell us a few things about the book.

It is the story of a Greek man, a doctor, who was born in 1874 and died in 1941. Through his whole life and personal experiences, Greece’s entire history of that period unfolds. Beside fictional characters appear real historical ones (kings, prime ministers and politicians, military men, writers and poets, doctors and nurses) and main historical events are depicted: four major wars, a national catastrophe, elections, civil riots, executions, etc.

“In Greece, If you decide to deal with History, it’s as if you enter a minefield”. How demanding is it to write a historical novel? Where is the meeting point between history and fiction in your writings?

I believe we have not come to terms with our history –I am referring to what is known as “Modern Greek” history, because as far as Ancient Greece and Byzantium are concerned we relate to them as to a “sure thing”, safely tucked away and frozen in time. But following the creation of the Greek state in 1833, most historical events are linked with deep social rifts and intense political conflicts, and even today writing about them seems to mean, for many, having to “take sides”. But of course the difficulty of writing a historical novel depends, as with every other kind of novel, on what the writer demands of himself: If it is to be, for instance, a light “period piece”, history serves easily as a harmless, sterilized and lighty blurred canvas. A bit like choosing the right costumes and settings. If it is to be an, as close as possible, depiction of a time, then one must be familiar not only with real facts but also with the under-currents, the stories behind-the-scene, the atmosphere.

Mostly though, I believe that the tags we add to the word “novel” (historical, political, mystery, etc.) are mainly for marketing purposes. One either writes a novel, or not; The Greek Doctor is just that, a novel. So the demands I put upon myself (and what every reader should demand) are those required for a good novel: in short, that it should be well-written. The fact that my subject matter was related to history gave me the added concern of having to be very careful with my data: I started by reading a lot of history, so that I could move my characters easily and effortlessly in it. It is important, I think, that the “seams” don’t show, and by that I mean the way with which the general History is joined with the fictional part. In such a novel, “history” is, after all, the air that both the characters and the reader must breathe, effortlessly. 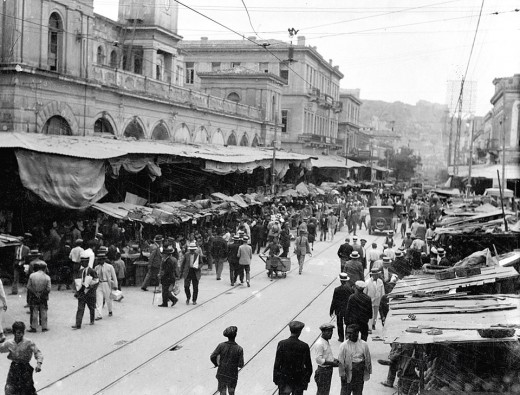 Would you say that modern Greek history is a taboo issue in literature?

In the sense I mentioned above I would say it is, at least, a “sensitive” issue, filled with controversial aspects. The writer has to tread carefully if he/she does not have an “agenda”, i.e. a set opinion he/she wishes to put across.

It has been noted that in the last few years, Greek writers have turned to short form and that short story collections have outweighed novels and longer narratives. How would you comment on this trend?

I hadn’t really noticed! But because The Greek Doctor is 576 pages long, I can say this: I didn’t want to write such a long narrative because, as a rule, I am wary of the large form. One is not Tolstoy, and in novels I dislike, above all, useless chatter. But sometimes the story itself needs width in order to unfold properly, to breathe in the right space, to allow the characters to grow and become real characters. The general rule is a simple one: the story has to be told, and has to be told right. And that was the case, I believe, with The Greek Doctor –in fact it could have been even longer, I consciously restrained myself.

But all that is not to say that the short form is easier: quite the contrary, as we all know from the great writers of short stories. And I am equally wary of those short stories that remind me of an “impression of the moment”, or a video-clip; they require huge talent if they are not to be simply an easy-write and an easy-read, pandering to the laziness of readers who also tend to skim through books (“been there, read that”). The large form requires commitment from both writer and reader: you plunge into the story, you delve in it, you live in its cosmos. So, to answer you, both forms should serve that which the story requires: the way it should be told, fully and honestly.

Writing a book means listening and devoting and abandoning oneself to an inner voice. And then, afterwards, checking it: re-reading it, as a reader. That last part is very exacting, because it resembles an out-of-body experience, where you have to examine and evaluate a part of you as someone else. The only real help for a writer, in order to do this well, comes from reading a lot of other books. Because reading is a sort of training too; an experienced reader is usually a better writer than a non-reader.

Doing a book review also requires, certainly, being an experienced reader. And it entails a certain very particular talent: incorporating the book into a larger context of expertise, of educated perception, so as to give to the reader of the review the best possible “keys” to understand it and appreciate it –or avoid it! Any sensitive and careful book review is of infinite value to literature. It acts as a lesson, as an enjoyable read, and as an incentive to regard literature as something larger: as a universe in which diverse stars scintillate in different but equally exciting ways. The reviewer is the Observatory through which we better see and appreciate their twinkle.

I am extremely hesitant in commenting on this. I think people still buy books, because it is an inexpensive gift for oneself and others. And I think people write, more than ever. But because I don’t consider literature as simply “a means of expressing oneself”, although a period of crisis may help some to vent out certain feelings, it probably doesn’t help literature. Real writers don’t turn to writing because there is a crisis. But I hope that the crisis will make people turn to real writers.