Kallia Papadaki was born in Didymoteicho in 1978 and grew up in Thessaloniki. She studied economics in the United States at Bard College and Brandeis University and film at Stavrakos’ Film School in Greece. 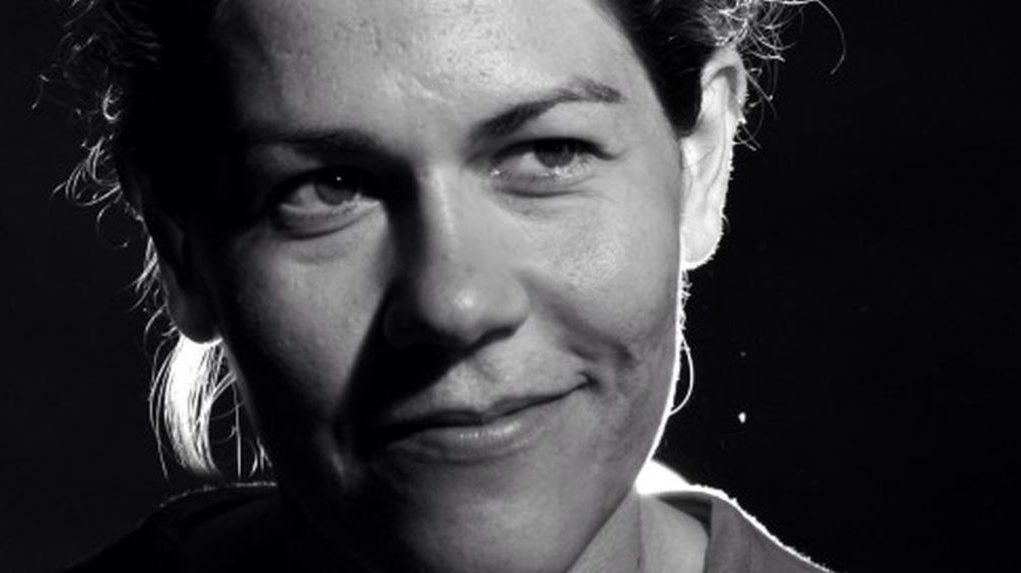 Her short story collection The Back-Lot Sound (Polis Publishers, 2009), attracted warm critical reviews and won the New Writers Award from the Greek literary journal Diavazo. In 2011, she was selected to participate in the Scritture Giovani with her short story Agis and Mary, at the Mantova, Hay and Berlin literary festivals. Her second book, Lavender in December (2011), was a poetry collection. Her third book, Dendrites (2015), is a novel that received the Centre National du Livre (CNL), development grant in 2012, won the Young Author’s Award from the literary journal Clepsidra in 2016 and received the European Union Prize for Literature in 2017. Both her short stories and poems have been published in international anthologies and literary journals.

She works as a professional screenwriter. September, her first feature script won, in 2010, the International Balkan Fund script development award, received the Nipkow Scholarship in Berlin, and premiered at the 48th Karlovy Vary IFF (official competition). Forty days, currently in development, is her second.

Kallia Papadaki spoke to Reading Greece* about Dendrites, “a story about the quest for a meaningful life amidst the ruins of lost second chances, failed marriages, and broken careers”. She explains that she writes about “people who strive to make a difference but don’t quite make it”, and adds that what motivates her when it comes to writing is her “fears, compulsions, and second thoughts”, which she often finds overpowering.

She comments that both fiction writing and script writing share “the need to narrate a story”, noting, however, that it’s poetry that is closer to cinematic language. Asked about the reason why in Greece there is a preference for short form, she explains, among others, that the country’s small size and its language encourage writers to “delve into the depths of language and history, to even write in dialect, which in longer formats would be repetitive and exhausting”. She concludes that “literature – its essence – lies in what we cannot see but only imagine: the depths and richness in maps of oceans and outer skies, the crying of a whale, the singing of a bird”. 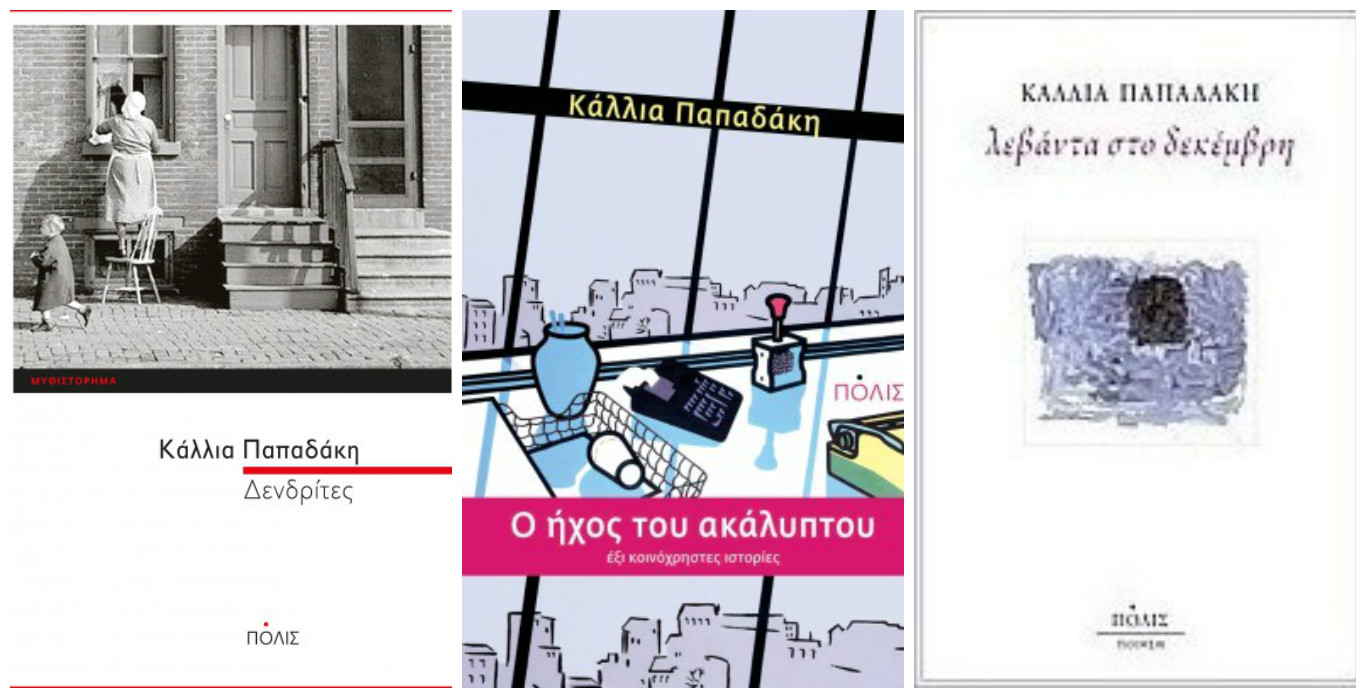 Your novel Dendrites has just won the European Union Prize for Literature 2017. Tell us a few things about the book.

Dendrites is set in crisis-ridden 1980s Camden, New Jersey, in a community of immigrants who fail to achieve the American dream. It is a story about the quest for a meaningful life amidst the ruins of lost second chances, failed marriages, and broken careers. It is a novel about wanting to belong despite personal and collective crises, where hope and compassion can be found in the least expected places.

According to Merriam-Webster dictionary, a dendrite is: a) a branching treelike figure produced on or in a mineral by a foreign mineral, b) a crystallized arborescent form, c) any of the usually branching protoplasmic processes that conduct impulses toward the body of a neuron. How does the title serve the purposes of the book?

The title works on multiple levels. Dendrites signifies, in an abstract sense, memory – its core existence or not – located at the neuron synapses and its transmitters; family trees and the mark they leave on future generations; and of course the ephemeral of human beauty, as seen in those uniquely formed snowflakes swirling in the air.

A short story collection, a poetry collection and a novel. Which are the themes that your writing touches upon?

It’s hard to pinpoint what I write about. I guess I write about people who strive to make a difference but don’t quite make it. I write about how inescapable loss and pain are and how we struggle to live on, to leave a mark behind, our unique imprint that we too were here and we tried to make sense of this world and life. I guess it would be much easier to talk about what motivates me when it comes to writing: that is my fears, compulsions, and second thoughts, which I often find overpowering.

Being an award-winning scriptwriter, are there parallels to be drawn between fiction writing and script writing? What is closer to cinematic language: fiction or poetry?

The one obvious parallel to be drawn is the need to narrate a story. In addition, scriptwriting borrows many narrative tools from fiction –and vice versa. However, I think that poetry is much closer to cinematic language: there is a central theme, a central idea that holds together a poem or script, images and notions that serve that very central theme or idea, and an internal rhythm that sets the pace and brings to mind the art of film-editing. It all comes down to the principles of precision and condensation that both film and script share in common.

It has been noted Greek writers have a preference for short form and that short story collections have outweighed novels and longer narratives. How would you comment on this trend?

I am not sure this is entirely true. However, there is a certain tradition in Greece when it comes to short stories and poetry. Perhaps we are not accustomed to longer forms, the way Americans and Russians are, because they had to invent and re-invent their history to fight off the vast empty landscape, its inhumane bareness and loneliness. Whereas for us Greeks, history always weighed heavily on our shoulders and still does to this day.

Moreover, Greece is a small country with a small market and a language that doesn’t reach all those big markets; rarely do Greeks get translated into English. That encourages an esoteric search and experimentation in form and context, the need and motivation to further delve into the depths of language and history, to even write in dialect, which in longer formats would be repetitive and exhausting.

Last but not least, we are trained to write in short form. Few writers, if any, nowadays live from their writing. We all have morning jobs, nine to five jobs, wives, husbands and children, and after a long day at work it’s almost impossible to set on such a long and time-consuming journey. Unfortunately, for many of us, writing comes second. The day is full of to-do’s, jobs and chores, and nights seem to always be short. 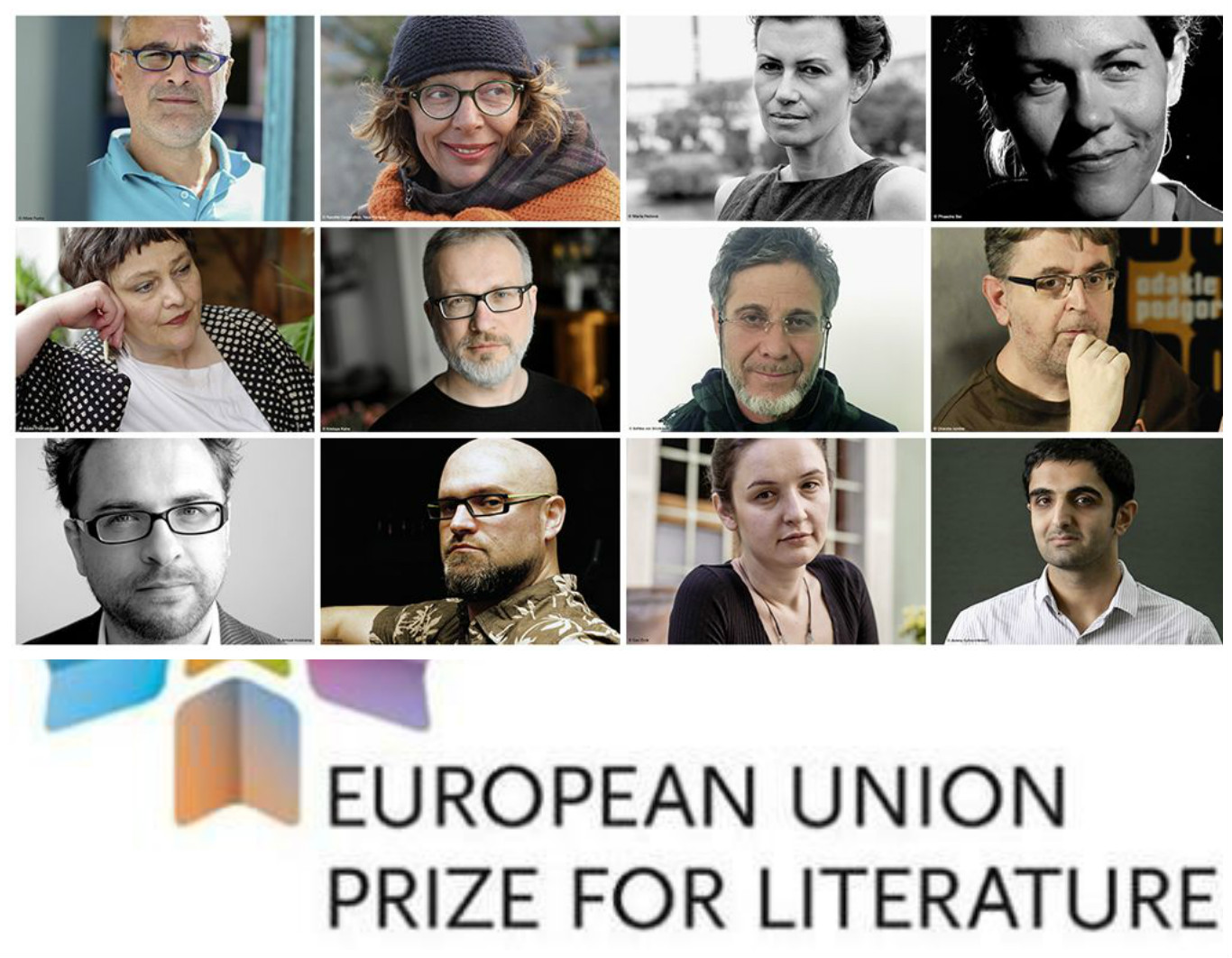 In a crisis-stricken Greece, could literature offer new ways to imagine what could be radically different realities?

Literature looks like an ever-changing world map: borders change, continents move apart or closer, volcanoes explode, islands are brought to surface, forests burn and grow anew, while man is trying to sketch time and again the lines and curves of his limited but changing world. Yet literature – its essence – lies in what we cannot see but only imagine: the depths and richness in maps of oceans and outer skies, the crying of a whale, the singing of a bird.