Athens has been named World Book Capital for 2018 by UNESCO. This concept was launched in 2001, and its successful outcome led UNESCO’s General Conference to designate World Book Capital an annual event, inviting the International Publishers Association, the International Federation of Library Associations and Institutions and the International Booksellers Federation to participate in the nomination process. A different city bears the title each year. Athens holds the title for this year, under the slogan “Books everywhere” – expressing the intention to “bring books to every neighbourhood and every corner of the city”. Greek News Agenda was granted an interview* with Ioannis Trohopoulos, Coordinator of the Organising Committee in charge of the project “Athens-World Book Capital City of 2018” and his working group.

Athens-World Book Capital City of 2018. Tell us about the concept. When does it start?

It will run from the World Book and Copyright Day, on April 23, and last untill April 22, 2019. With the slogan “Books everywhere” we aim at inspiring, at creating and leaving a cultural mark for the future. Our objective is also to enhance synergies among cultural organisations and groups of the city, while at the same time contributing to the diffusion of the cultural expression all around Athens and to support reading at a time when image seems to be the only focus. “Books everywhere” means books for anyone, for any citizen, anyone in need, refugees or vulnerable social groups.

The Mayor of Athens has said that hosting such events, of international prestige and reputation, is a strategic choice. That’s what it’s all about?

Athens is the 18th capital hosting this event, launched in 2001 when Madrid was selected. Athens was declared by UNESCO World Book Capital City of 2018 in September 2016, when the City of Athens came up with an innovative project focusing on culture, citizens, children or civil Society. In the last years Athens has made a remarkable progress in the field of dialogue and free expression, open to anyone without exception. Furthermore, Athens’ unique cultural assets have been steadily boosting tourism. Just in 2017, Athens welcomed more than 5 million tourists. Moreover, the City of Athens hosted “documenta 14”, a renowned modern art exhibition that made more than 350.000 people choose to visit Athens. Last September, Athens also was named as the Emerging Cultural City of the Year for 2017 at the Leading Culture Destinations (LCD) Awards, which are known as the “Oscars for Museums”. The Mayor of Athens said that: “in our city, culture is a key concept for administration”. It is a core value of our philosophy to seek synergies so that the World Book Capital City of 2018 will be another chance for our city to be internationally recognised.

Which will the key priorities and the central participants be?

Very important Greek and foreign authors, artists and experts will participate, while various events will take place on the side (round tables, conferences etc). We do not wish to present books and authors in a traditional way, but to focus on debatable topics covering a great range of issues.  “Books on wheels”, pop-up libraries and a mobile one, will be available in all 7 departments in Athens. Books are inextricably related to art and creation. Numerous artistic events will also take place (theatre, visual arts, dance etc.), offering a pleasant break.  This event has been welcomed with enthusiasm by all social partners. A considerable action that brings together more than 30 institutions, libraries and museums, will be the “Open collections”, that will unveil to the public (for free) a part of their unknown exhibits, an initiative that is to last for 12 months.  The programme features more than 250 events, all with free access. 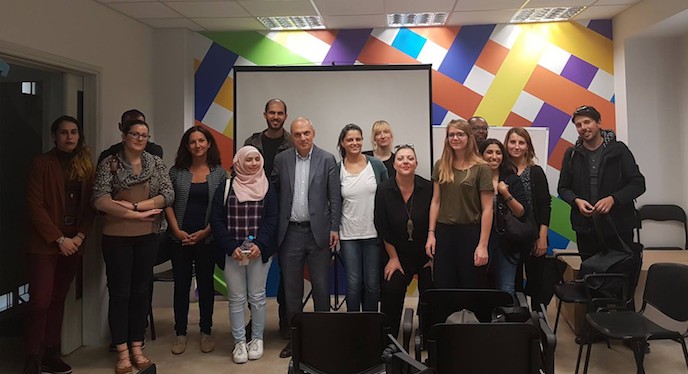 The count-down has already started. How will the slogan “Books everywhere” be translated into action?

When we say “books”, we mean almost everything, digital or printed books, stories, poetry, anything that can be inspired by a book. There’s a special initiative about digital books, and the digital element is more than present in this book campaign. First of all, a number of arts are involved (visual arts, dance, theatre, music etc). Second, we aim at all ages and all social groups, we aim at people who love to read and those who are not used to reading, but they would like to get used to it. Third, when we talk about programmes for vulnerable social groups, such as refugees or immigrants, we do not mean ready made programmes. We talk about programmes made by the refugees or immigrants themselves, in a way that mirrors their real needs and that facilitates their social integration.

Will foreign embassies or institutes play an active role?

Definitely, during this one year journey, embassies and institutes from Europe, Asia, the States, Canada and Australia will have an active role. Right from the start, they contributed with their know-how and their material support, as well as with other initiatives of their own (round tables etc), opening in this way a window to the world.

Tell us about the resources, both human and material, for Athens-World Book Capital City of 2018.

This distinction is not accompanied with any financial aid by UNESCO. The Municipality of Athens has contributed 500.000 Euros. The support from Athens Technopolis is also very important. In the field of networking with other partners, the Athens Culture Net has also played a considerable role. There is a programme, established and financed by the Stavros Niarchos Foundation, with 44 both public and private partners, (the French Institute of Athens, the National Theatre of Greece, the National Library, the Onassis Cultural Centre and others) coordinating 45 activities as part of the project Athens-World Book Capital City of 2018, offering their premises or infrastructure. Some of the events-activities are self-financed. The project is also backed by other foundations, cultural institutions, embassies, sponsors. As far as human resources are concerned, Ioannis Trohopoulos is the Coordinator of the programme along with Maggie Poupli as project manager. Advisors to the City of Athens with experience on the field, such as Fiona Andrikopoulou, Anna Routsi, Erifili Maroniti and Fivos Sakalis, have also contributed very much. We must also mention the President of Athens Technopolis, Popi Diamantakou and her team. The City of Athens Culture, Sports and Youth Organisation with its chairman Konstantinos Bitzanis have also very much supported this effort. The Organising Committee, under the Mayor of Athens, Georgios Kaminis and the Advisory Committee may also convene on a regular basis to discuss the progress of the project.

How can one be informed about Athens-World Book Capital City of 2018? In which languages can anyone find material and information?

Athens-World Book Capital City of 2018 has its own website. There will also be a newsletter for those interested in getting extra information. We are also present on social media, Facebook and Instagram. Moreover, a programme is about to be printed. All the above are available in English, so that tourists and visitors can have access to it. Press Conferences are about to take place before the opening of the event and also during its course. There will be special mentions to the event by the media and there will be information at special locations of Athens, hotels, cafés, metro stations and elsewhere. 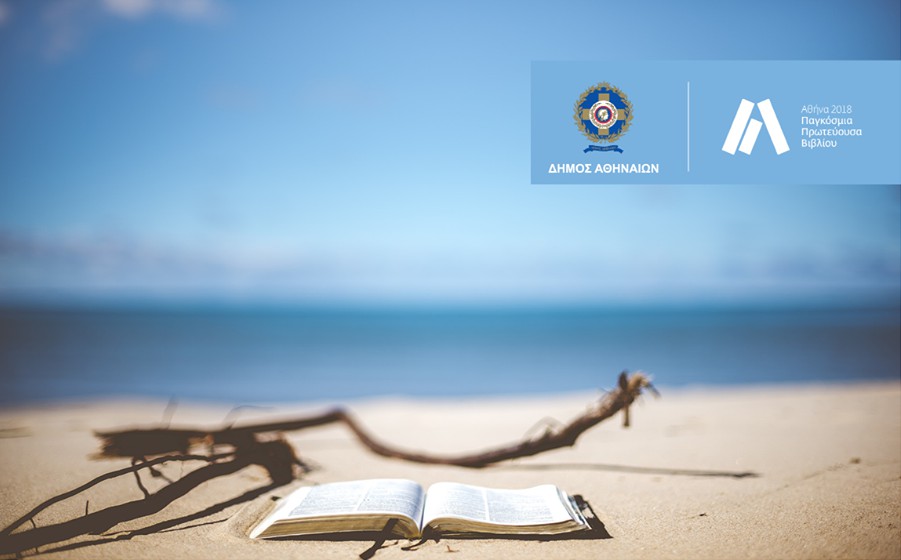 After this, Athens will also host the 85th World Library and Information Congress of the International Federation of Library Associations and Institutions (IFLA). What is the competitive advantage of Athens in comparison to other candidate cities?

After the hard work of the Athens Convention & Visitors Bureau and of the Athens Development and Destination Management Agency, we are very happy that Athens has been finally chosen to host theWorld Library and Information Congress. There also seems to be a growing interest in Athens’ hosting congresses and corporate meetings in the years to come. We think that Athens is finally preferred because it is a safe, visitor friendly city, offering lots of choices. It is an open, tolerant, European city with increasing infrastructure and experience in hosting large-scale events.

*Interview by Natassa Kiriakou, translated into English by Avgi Papadopoulou

Read more on Greek News Agenda: Nikos Souliotis on Athens' modern cultural identity; documenta 14 starts gradually unveiling; Arts in Greece | Elpida Rikou on the Learning from documenta project; Marina Abramović: Athens Grows as a Major Cultural Spot;  Arts in Greece | Denys Zacharopoulos: A museum should function as an open window between the private and the public life of people; Katerina Koskina on the need for cultural dialogue & EMST’s role as an arts capsule for the city branding of Athens