Reading Greece: Asimina Xirogianni on the Interrelation between Poetry and Theatre

Αsimina Xirogianni was born and raised in Athens. She studied Classics and Theatrology at the University of Athens, as well as Act at the Theatre-Workshop School. She has been honored in various poetry competitions. Ηer poems have been translated in English, French and Spanish. She has translated Carol Ann Daffy, Τed Hughes, Μark Strand, Τseslav Miloz, Bill Collins and a lot of other poets she likes. In 2009 she founded the blog ‘varelaki’. 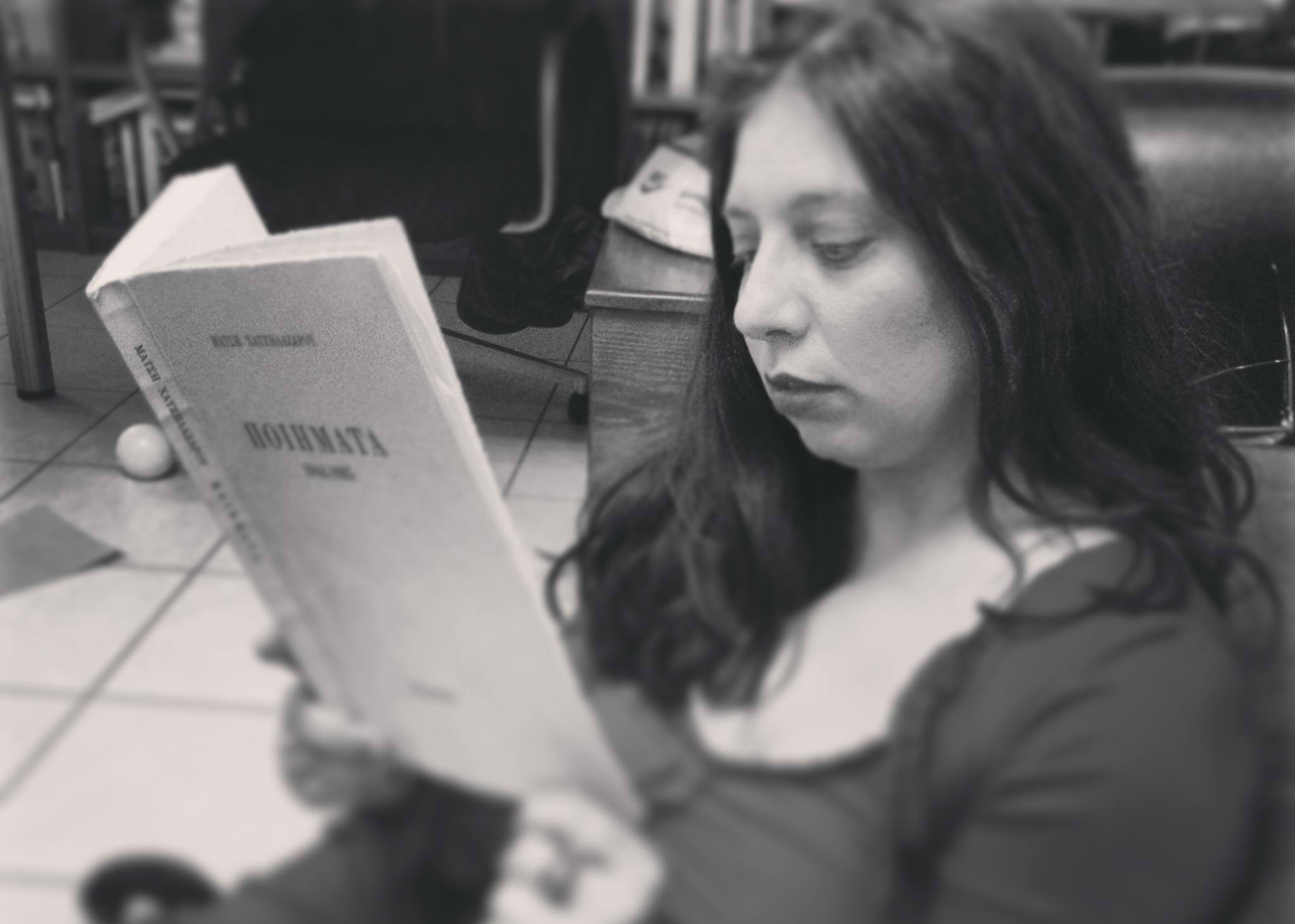 Asimina Xirogiannis spoke to Reading Greece* about what changed and what remained the same in her poetry since her first poetry collection in 2009, as well as about the role language plays in her writings. She comments on the interrelation between poetry and theatre noting that the two arts “have been conversing through the centuries”, as well as on the poetry’s strong civic awareness and its relation to the world it inhabits. “Poetry must not serve the ideology of a particular party. But it is nice to be inspired by the political and social situation in which the poet creates. […] It is legitimate for poetry to draw its themes from the surrounding environment. I do not know if lyrics can set fire, but they can certainly leave their imprint”.

From The Prophesy of the Wind in 2009 to Second Nature in 2018 what has changed and what has remained the same in your poetry?

First of all, during this time, I myself have changed. So, inevitably, my writing has changed as well. However, it is true that I like to experiment. So each of my poetry books is written differently. And their philosophy is different every time. The Prophecy of the Wind has long been exhausted. I especially love my first book because it reminds me of particular aspects of myself. My last book, Second Nature, contains 65 poems (xaikou) that talk about love, time, death, art.

What about language? What role does language play in your writings?

I love the Greek language. I have also studied theatre and classical philology. Greek is a rich language, it offers infinite expressive possibilities. The combination of words and the introduction of new elements, these two factors are among the criteria for Poetry. Thus, as a poet, I use the language to express my thoughts or feelings. I do not like to use sophisticated words just to make an impression. I much focus on the way words are combined to give the meaning I want to give. 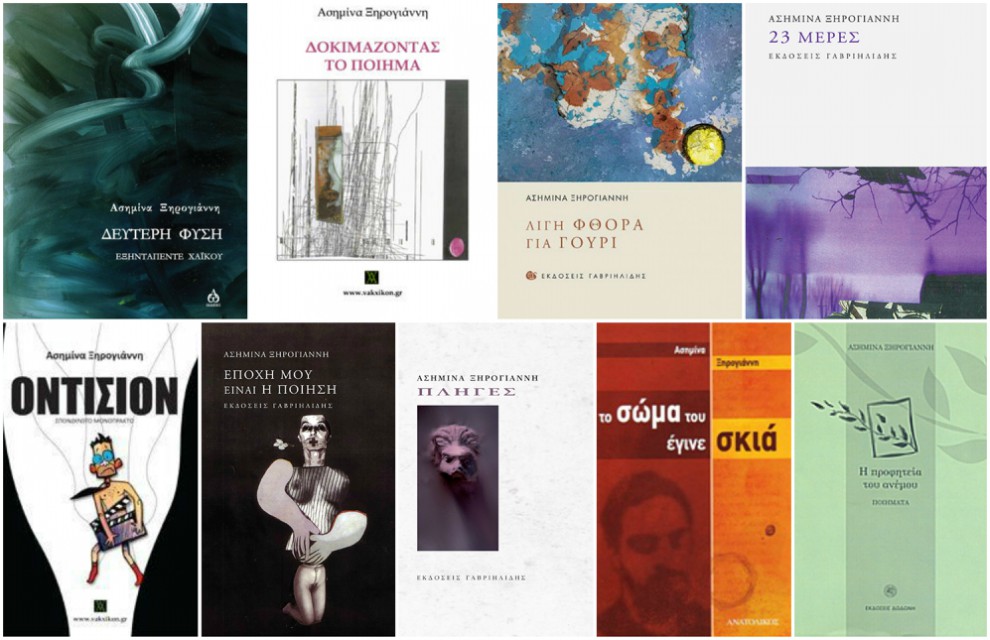 Where do theatre and poetry meet? Would you say that they are communicating vessels?

There is a lot to note, but let me mention just a few things. As we all know the theatre was born in ancient Greece! Drama is a kind of poetry, like epic and lyrical poetry. Only in drama there is representation on the scene of the acts described. Our great ancient poets, comic and tragic, filled theatres in the 5th century BC. People went to see works by Aristophanes, Aeschylus, Sophocles, Euripides with the logic that theatre at that time was a school for citizens. Poetry and theatre have been conversing through the centuries.

Poets write on paper, as do playwrights. However, neither of them communicate them to the world orally. Poets may recite their poems live in front of audiences, while theatrical writers animate their works by staging a theatrical performance. However, it is certain that both arts should have specific targets, while they should also have something to say. Still, the poet often wears masks and plays roles in his own poem. Not few are the poets who direct their poems, creating a sense, within them, of a scene or a suggestive direction. A case in point: Cavafy, but not only! Conversely, there are numerous theatrical writers and directors who adopt and impose a poetic atmosphere within their work or performance. Lorca with his poetic theater or Shakespeare or Chekhov are just a few. From directors I cannot fail to mention our own Lefteris Vogiatzis, whose performances were characterized by a peculiar poetic mood and an oblique poetic look.

The poets of The Theatre in Poetry - an anthology of poems for the theatre written by 55 modern Greek poets in which I explore how the two arts are connected - are inspired by the materials and practices of the theatre and are creatively involved with them, bestowing their own indecision with extensions and perspectives regarding the mask, the theatre, the stage, the actor, the classic heroes of the ancient or modern theatre. As a closing remark, let me say that the theatre often comments on the psyche of a person or society as a whole or even a group of people. Poetry reflects on the human condition and the psyche of the person who suffers or creates in a world with which he is often in opposition or rupture.

Your book blog “Varelaki” turns ten this year. Tell us a few things about this venture of yours? What differentiates Varelaki from similar book blogs?

Varelaki is a literary blog. There are many more … It also contains art issues in general. Varelaki has been online for ten years thanks to my personal work and effort and, without the help of permanent collaborators, has managed to create an important literary archive of modern Greek letters and their representatives. This record exists as a deposit for writers, scholars, readers, students. And all this through an easily accessible web site. Let me mention a noticeable difference: on the internet there is a lot of low quality or unreliable material. But in Varelaki, through my personal care, there is quality and reliability in the texts presented. The fact that creators trust me with their work is the proof.

Varelaki has created two anthologies: The Theater in Poetry [Μomentum 2017] and Monologues of writers [Vakxikon 2015]. The basic statement of Varelaki can be summarized in the following: Varelaki investigates, comments, promises, proposes, announces, converses. Inside the crowd there is beauty, as long as you discover it.Varelaki is a collector of beautiful things.

In recent years, there has been an extraordinary burgeoning of poetry in every form: graffiti, blogs, literary magazines, readings in public squares to mention just a few. How is this strong civic awareness to be explained?

Poetry has a social face. The contemporary poet receives many stimuli, he experiences lots of situations that trigger a variety of reactions, thoughts, acts. Social reality affects him in a fatal way. So it is natural for social reality to be often reflected on his work. In general, the artist does not live in a glass tower. He does not have to live in a glass tower! Through art people feel the need to communicate with each other. To share things. To feel things. 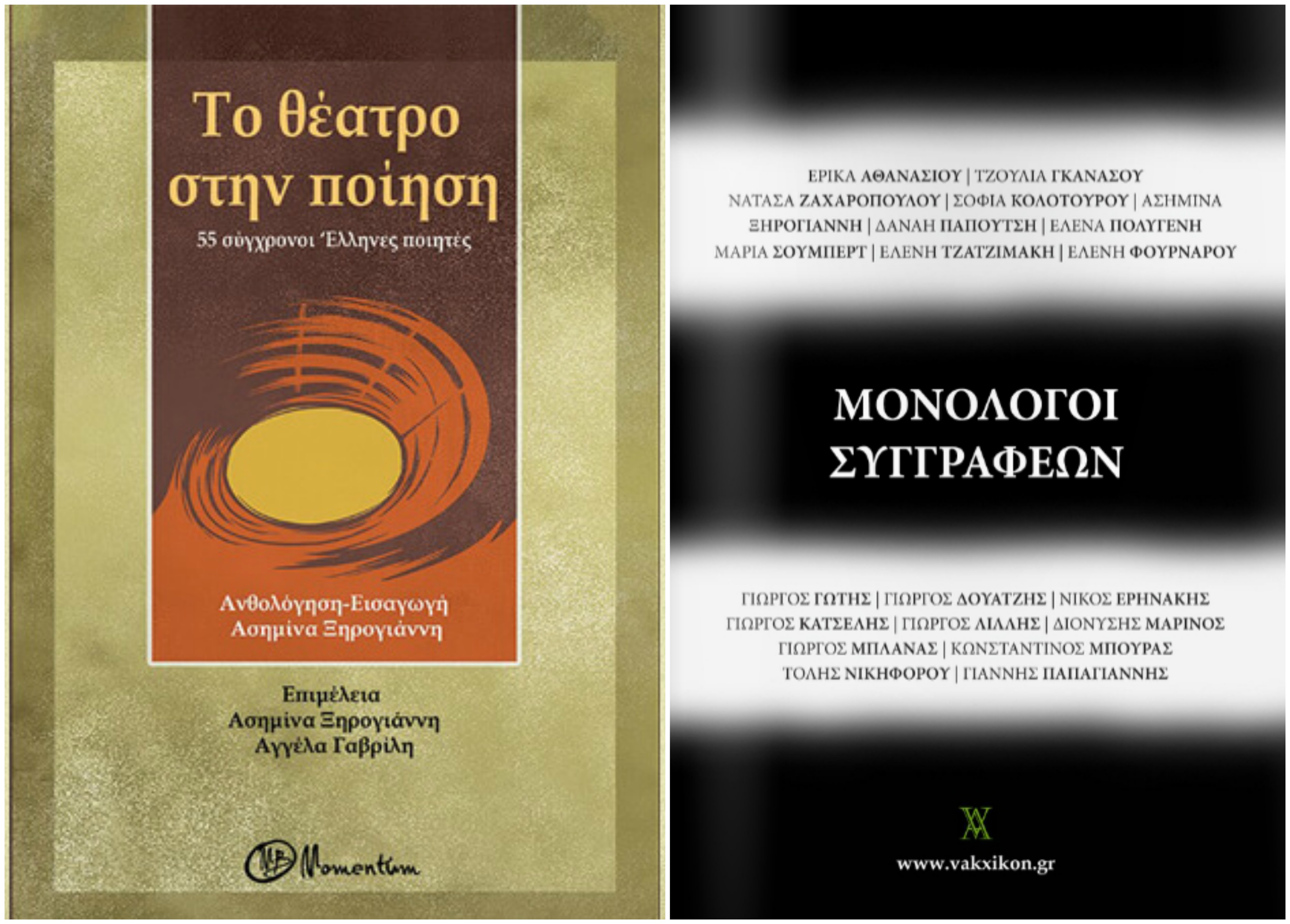 You write that “in difficult times, we are not looking for great poetry but for urgent poetry”. What is the relationship of poetry to the world it inhabits? What can it mean for poetry to be political, or apolitical, in times of social and economic crisis?

Τhese verses are contained in my book Μy age is Poetry, which was also published in France in 2016, translated by Michel Volkovitch. Poetry can follow the flow of time. The era inspires the poet and leads him to the poem. There is a poetry-era relationship and that's the subject of my book. Poets even in critical moments do not silence. They dictate their presence. They look at the world. They film time in their own way. Poetry must not serve the ideology of a particular party. But it is nice to be inspired by the political and social situation in which the poet creates. In this sense, several poets have written political poetry. When talking about political poetry, the example of Manolis Anagnostakis readily comes to mind. It is legitimate for poetry to draw its themes from the surrounding environment. I do not know if lyrics can set fire, but they can certainly leave their imprint.