Modern Greeks dominate the world's merchant marine; ancient Greeks like Homer's Odysseus sailed the Mediterranean and beyond. But what do we know about shipboard life? Not much. Reading Nikos Kavadias fills this emptiness. Scrupulously translated by Gail Holst-Warhaft, The collected poems of Nikos Kavadias offers insight on how the poet used his travels around the world as a sailor, and life at sea and its adventures as powerful metaphors for the escape of ordinary people outside the boundaries of reality. Kavadias’ poems are widely regarded as belonging to symbolism, and he has been characterized by some as a poète maudit. 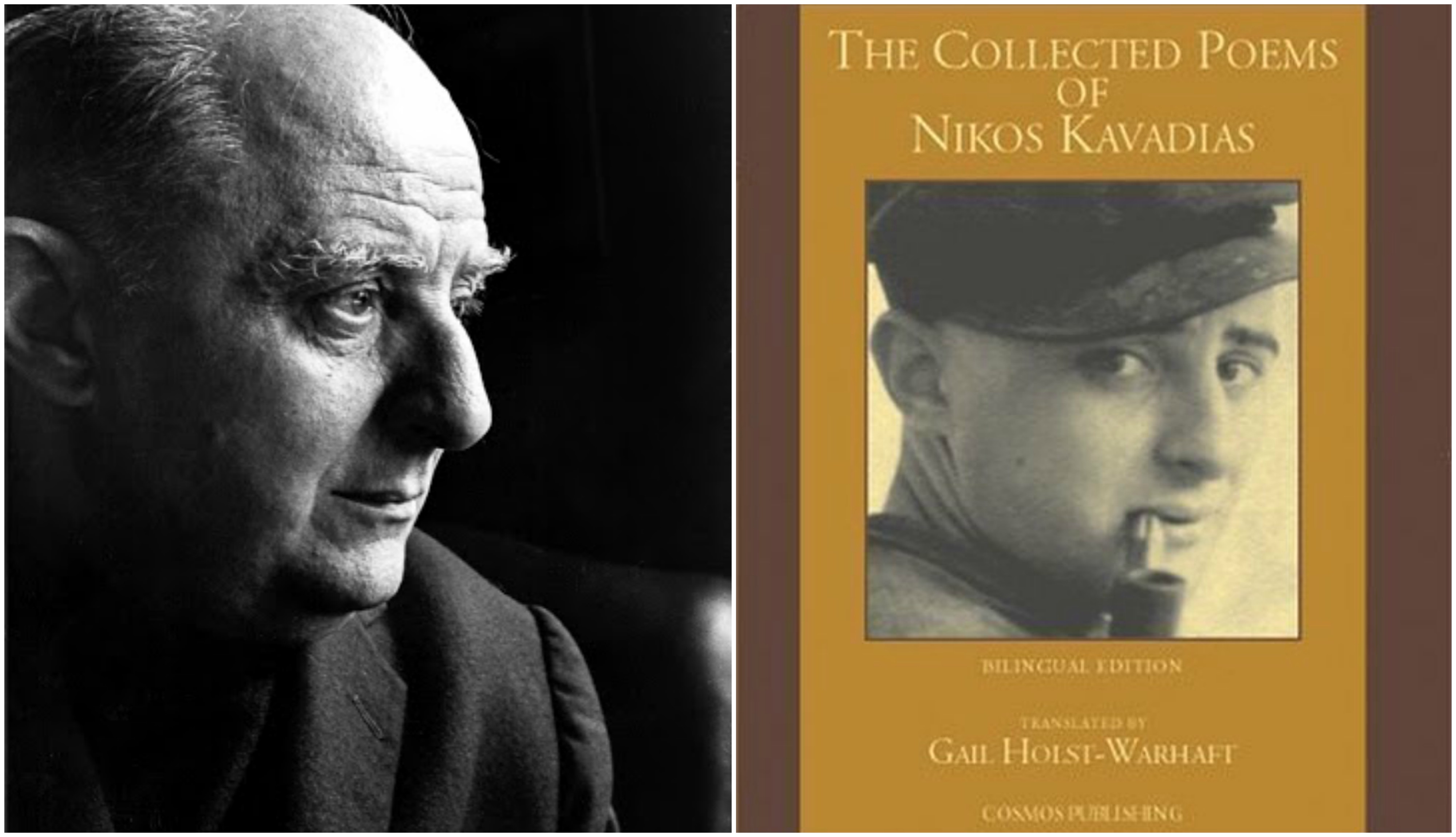 To use Holst-Warhaft words in the introduction of the book: «Kavadias accepted the sea as a vocation demanding his complete loyalty. He realized that his life made him an outsider in the literary world, but he shared with many outcasts and misfits a certain pride in his difference combined with a confused nostalgia for the joys and comforts of the ordinary world of the landlubber. It is this quality that links his verse not so much to the sophisticated, cosmopolitan poets of his day, but to the versifiers of the rebetika songs».

THE SOUTHERN CROSS
[Stavros Tou Notou]
In the nor-wester the waves boiled;
we were both bent over the map.
You turned and told me how in March
you'd be in other latitudes.
A Chinese tattoo drawn on your chest;
however you burn it, it won't come off.
They said that you had loved her once
in a sudden fit of blackest fever.
Keeping watch by a barren cape
and the Southern Cross behind the braces.
You're holding coral worry-beads
and chewing bitter coffee beans.
I took a line on Alpha Centaurus
with the azimuth compass one night at sea.
You told me in a deathly voice:
"Beware of the stars of Southern skies".
Another time from that same sky
you took lessons for three whole months
with the captain's mulatto girl
in how to navigate at night.
In some shop in Nosy Be
you bought the knife - two shillings it cost -
right on the equator, exactly at noon;
it glittered like a lighthouse beam.
Down on the shores of Africa
for some years now you've been asleep.
You don't remember the lighthouse now
or the delicious Sunday sweet.

Literary critic Vangelis Hadjivassiliou comments that Nikos Kavadias is “a representative of a poetry of introverted exoticism, which projects the agony and specters of a permanently restless and wakeful conscience onto alien and often mysterious seascapes”, adding that “the difficult life of the sailor, the daily grind of work, but also the freedom of the eye to travel over new horizons opened by the increasingly longer and bolder voyages he undertook mark Kavadias' entire poetic output. The poet constantly transforms external observations of the environment into a subdued, internal drama, often of a deeply existential nature”. Indeed, critics described him as the 'poet of internal exile', and were not slow to identify in his verse and in his imagery the tendency to displace straight realistic description with scenes of reverse images which represent, in a particularly eloquent manner, the poet's journey from the open seascape into the closed and dimly lit realm of the conscience. 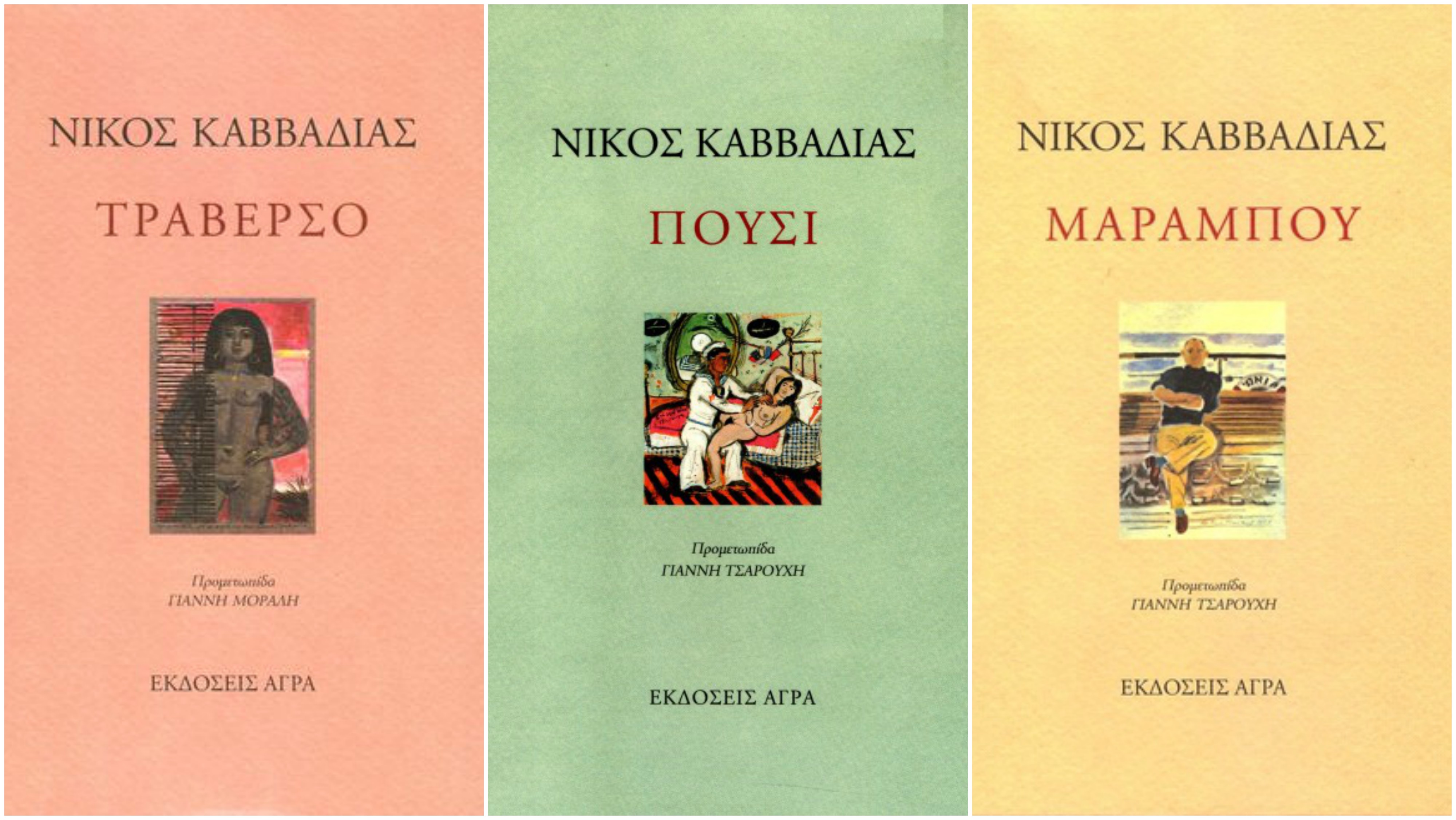 Nikos Kavadias was born in 1910 in Harbin in Manchuria of Greek parents. He worked as a sailor throughout his life and his poetry was inspired by his travels around the world. Although he became well-known because of his three poetic collections Μαραμπού (Marabu, 1933), Πούσι (Fog, 1947) and Τραβέρσο (Traverso, 1975), he also wrote the fiction Βάρδια (The Shift, 1954) and some other prose works: Λι (Li), Του πολέμου (On War) and Στο Άλογο μου (Of my Horse, 1987). He died on 10 February 1975.

Kavadias become known to the Greek public after his death, when some of his poems were set to music by prominent composer Thanos Mikroutsikos. 11 of Kavadias’ poems were published under the title O Stavros Tou Notou [The Southern Cross] in 1979, while in 1992, Thanos Mikroutsikos returned with Grammes ton Orizonton (Horizon Lines) with 17 poems of Kavadias set to music, of which 11 were new versions of the previous album, while 6 were new. With such great vocalists as Giorgos Ntalaras, Vassilis Papakonstantinou, and Charis and Panos Katsimichas, the album exceeded all expectations, thus contributing to making Kavvadias’ poetry widely known in Greece.