Reading Greece: Iakovos Anyfantakis on the Literary Depiction of the Transformation of Modern Man in a Shifting World

Iakovos Anyfantakis was born in Crete in 1983. He did his PhD on the presentation of the Greek civil war violence in literature in Panteion University. He started publishing in literature magazines and collective volumes in 2007. His first book, the novella Foxes on the hill was published in 2013. In 2017 he published his collection of short stories Beautiful loves. His latest book, the novel Other people came out in 2019. 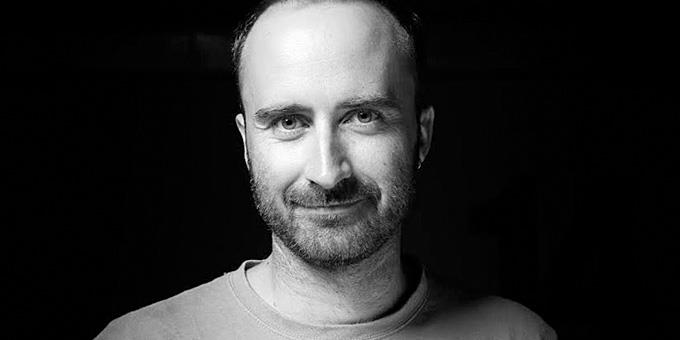 Iakovos Anyfantakis spoke to Reading Greece* about his latest writing venture Other people, noting that a theme he explores in all his books is “the transformation of the modern educated man, who is trying to find who he is in a world that is shifting towards more equality and a better representation for everyone”. He expresses his skepticism as to whether it is plausible to talk about a ‘literature of the crisis’, and concludes that for a Greek book to attract foreign readership, it should be “local enough so that everyone can identify it as Greek but at the same time speaking about matters that are important universally”.

Your latest writing venture Other people received quite favorable reviews upon publication. Tell us a few things about the book.

It’s a book about a middle-class couple in its thirties that immigrates to Poland after becoming unemployed in Athens. The woman gets a job easily while the man has to fight his lack of occupation, the guilt of getting fired and the shifted dynamics in their relationship due to the fact she is the sole breadwinner in the family right now.

He, thus, finds recluse in an investigation: three men fall from the sky in Gdansk and in Paris, after they tried to escape Istanbul hidden in the wheels of two airplanes. He wants to learn what led them there. And although the answer comes easily for the two of them, two Syrian refugees, that’s not the case with the third, a 70-year-old American sports photographer. And while investigating the death of the American photographer he is in fact searching for solutions in his own life, in order to get back to a winning track.

Critics have emphasized on the intensity and fierceness of your narrative language. How important is the role of language in your writings?

Literature is language. It is the way you say things, not the things you say. Ιcannot think of the stories I write outside the way I am writing them. And it takes me a lot of time to find the final “voice” of each book- long after I am done with the plot and the characters.

In this book the fierceness of the language had to do with the psychology of the main character who was trying to retrieve his identity after he lost his job. He may be a calm man on the surface but he is burning inside. Τhis was the challenge. I don’t know if I was up to it, but I sure had a great time trying to live up to the expectations.

Which are the main themes your books delve into? Would you say there are autobiographical elements? Where does fiction meet reality in your writings?

Τhere is a small part of autobiography in the book: I was an unemployed man in my early thirties migrating to Poland. But that’s about it. I do believe it is important to put elements of your life in your book, but it should be well divided across all characters. I am as much the Greek man who suffers the trauma of failure as the Croatian former goalkeeper who has to learn how to kill during the civil war or the 21-year-old Polish girl who has to raise a son from an unexpected pregnancy on her own.

That being said, I do find that there is a broader theme I am trying to explore throughout all of my books. It is the transformation of the modern educated man, who is trying to find who he is in a world that is shifting towards more equality and a better representation for everyone. It is the tale of the people who support change on the outside but sometimes fight it on the inside.

The 2009 economic crisis has undeniably acted as a source of inspiration especially for the new generation of young writers. In this respect, would it be plausible to talk about a ‘literature of the crisis’?

Every time this conversation comes up I can’t help but remember that story David Foster Wallace used, to start his famous speech “This is water”. Two young fish are swimming in the ocean.  They meet an older fish that nods and says, “how are you doing, guys? How’s the water today?” The two young fish nod along and carry on with the journey. Then, after a while one of them turns to the other and asks “what the hell is water?” 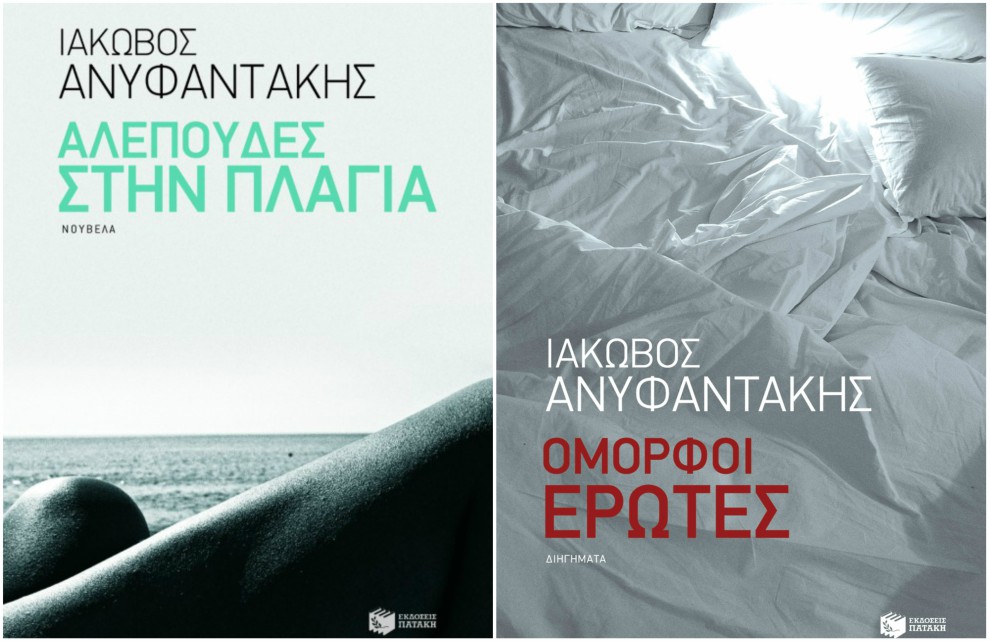 That’s a common myth about Greek literature; similar to the one that we have better poetry than prose. I would agree that there are some marvelous works of short form fiction. But I wouldn’t go as far as making a rule out of it. For every great short story or novella, I can mention an equally great novel- be it The Dead Man and the Resurrection [O pethamenos kai I anastasi] by Nikos Gabriel Pentzikis, The Third Wedding [To trito stefani] by Costas Taktsis, Crossroads [I megali plateia] by Nikos Bakolas, Famine [Loimos] by Andreas Franghias, Brave Telemachos [Ο gennaios Telemachos] by Alexandros Kotzias, Orthokostá by Thanassis Valtinos, From the mouth of an old Remington [Apo to stoma mias palias Remington] by Giannis Panou or Autobiography of a book by Michel Fais.

As you can see, I’m practically namedropping here, but I could carry on for a while. On the flip side, writing a novel is nearly an impossible task the way authors live in Greece. You cannot live by writing books; seldom can you live by saying you are a writer and getting scholarships orders for translations or workshops.Εspecially for my generation the reality is that we either have to work non-stop in our day job, or we have no job at all, creating a suffocating environment that kills creativity.

“We are neither too exotic nor too global. We don’t represent something different that would entice foreign readers to explore us; nor are we international enough so that the issues we focus on are recognized beyond national borders. Τhus, even very important Greek writers, who have nothing to be jealous of its foreign counterparts, remain in the margin of world literature, lost behind the shelves of major academic libraries”. Is there a way for the challenges of integrating Greek literature in the international field to be met?

Ηad I known the answer I would have used it to write the kind of book that would be read across the globe. Therefore, I can only guess. But I imagine the solution should be quite simple: write great books. A great book will inevitably overcome all shorts of barriers and reach people everywhere. And when I’m talking about a great book I do include in its merits being local enough so that everyone can identify it as Greek but at the same time speaking about matters that are important universally.

To be fair it's not like all foreign books that become an instant success- and many of them come to Greece as well, getting tones of praise and attention- are necessarily better than everything written in Greek. Very often we read the next great American or British novel and we see nothing more than an average work. No, for a Greek book to go abroad, it needs to be much better than that. But it’s ok, that was the goal anyway, to write something great.