Reading Greece: Cara Hoffman on Athens as a City of Contradictions and a Compelling Literary Setting

Cara Hoffman is the author of Running, a New York Times Editor's Choice, an Esquire Magazine Best Book of 2017, and Entertainment Weekly's Best New Book. Her second novel, Be Safe I Love You, was nominated for a Folio Prize, named one of the Five Best Modern War Novels by the Telegraph UK, and won a Sundance Institute Global Film Making Award. She first received international attention in 2011 with the publication of So Much Pretty which sparked a national dialogue on violence and retribution, was translated into multiple languages, and was named Best Suspense Novel of the year by the New York Times Book Review. 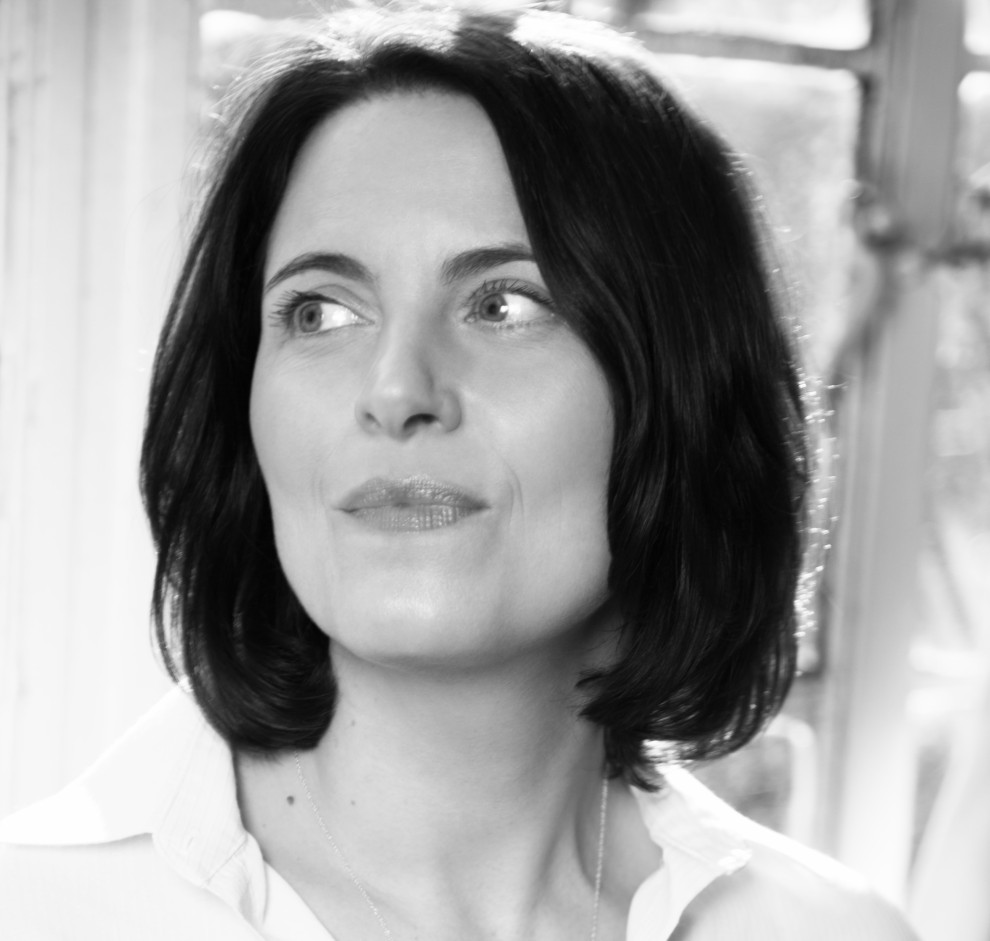 Her essays have appeared in the New York Times, The Paris Review, Bookforum, Rolling Stone, Salon and NPR and she has been a visiting writer at Columbia, St. John’s and Oxford University. Hoffman is the recipient of a number of awards and accolades including a MacDowell Fellowship, and an Edward Albee Fellowship, She currently lives in Manhattan and Athens and is at work on her fourth novel.

Cara Hoffman spoke to Reading Greece* about her latest book Running, which takes place largely in Athens noting that she has always been “captivated by the layered histories revealed in the city, the character of different neighborhoods, the sense of resilience, that traditions of warmth and hospitality and intellectualism”. She also comments on the relation of literature to the world it inhabits, explaining that “a novel is a record of possibilities—a weaving together of roads taken and not taken”. As for current literary production in Greece, she notes that she has been “overwhelmed by the intelligence, innovation and creativity in the Greek writers [she] has met” and concludes that she has been “profoundly inspired by readings and conversations with people in the literary community here”.

“A ferocious brilliant book”, to use Garth Greenwall’s words, Running takes place largely in Athens. Tell us a few things about the book.

Running is a love story between three young drifters—a queer couple from England and a seventeen-year-old American woman. It’s set in the late 1980s and early 90s, at the tail end of people’s liberation movements like the Badder Meinhoff and the Red Army Faction. The characters find work and a home in a hotel in the red-light district of Athens where they become immersed in the culture and later unwittingly become involved in an act of political violence. It’s also partly set on the islands and in Manhattan—but the heart of the book is Athens. It’s in many ways a love letter to the city of Athens.

How is that you chose Athens as the background of Running. What is that makes Athens an inspiring literary setting?

I think Athens is one of the most beautiful cities in the world. I am always captivated by the layered histories revealed in the city, the character of the different neighborhoods the sense of resilience, the traditions of warmth and hospitality and intellectualism. The fact that it’s a dirty city like New York, but also remarkably green—forested in places, hilly and mountainous, bitter orange trees lining the streets. The slick uneven sidewalks, the terrace gardens, the cafes full of people in conversation. The neoclassical buildings standing next to modernist buildings, standing next to gutted ruins or squats. The graffiti, the amazing vibrancy of night in Athens. The myth of Athens, a city named after a warrior goddess. The gift of olive trees, the beauty of spring with its smell of neroli blossoms, the shocking heat of summer. The simplicity and richness of the food and the intersection of cultures—including subcultures. The revolutionary sensibility. The music—at my house in Exarchia it always seems there is music drifting in through the windows. And Athens is a city of contradictions which makes for good writing. It’s simultaneously elegant and gritty. Iconoclastic and the seat of icons. I could talk for hours about what makes Athens inspiring. There is no where I’d rather live or write. 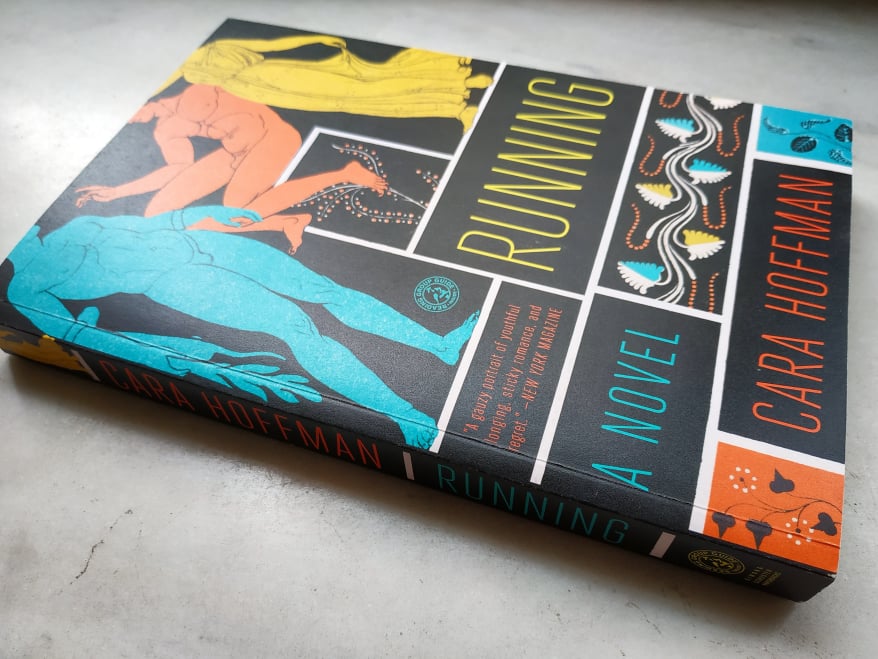 You have characterized Running as more deeply personal. How does it differ from your first two novels?

Running is based on events in my life—I lived in Athens when I was a teenager and worked as a runner for a hotel near Larissis. At that time, I had been traveling and working, hitch hiking through Europe and meeting other expats and backpackers. There was an understanding that we had escaped the wreckage of a political and cultural system that didn't work, that had no ethical foundation, and certainly no moral authority over our lives. Athens resonated deeply with all of us. In the novel I describe it ‘an internal landscape at last made visible.’

According to the New York Times Book Review, “Hoffman impressively evokes the combination of nihilism, idealism, rootlessness, psychic and economic necessity, lust and love that might set a young person adrift”. What are the main issues your writings touch upon?

All of my writing focuses in some way on the lives of outsiders, and on transgressive or revolutionary acts whether they are large political acts or smaller personal attempts to dismantle the dominant culture. My work is always about the saving grace of art and friendship.

What would you say is the relation of literature to the world it inhabits? Where does the world of fiction meet the real world in your books?

That’s a very good question. I have often thought of my novels like Fredrick Wiseman films—Wiseman called his work reality fictions. They were documentaries but the narrative arcs are driven by the choices he made in editing. My work –especially Running focuses on the lives of real people and on real events in history, and sometimes the line between journalism and fiction blurs but it is not autofiction. It is not the story of my life. A novel is a record of possibilities—a weaving together of roads taken and not taken. And Running is no different.

Jordan Blum has depicted you as “a master at blending creative and journalistic inclinations into a thoughtful and profound style”. Would you say that journalism and literary writing are communicating vessels?

I think literary writing has the power to communicate more truth and complexity than journalism—at least as far as journalism in the United States in the early twenty first century is concerned.

How would you comment on current literary production in Greece? Do you think that the new generation of Greek writers has the potential to attract readership beyond national borders?

I have been overwhelmed by the intelligence, innovation and creativity in the Greek writers I have met. I think Maria Xilouri is a genius. I think Americans would be wild for her work, which is so sharp and combines mythic and dystopic elements. I would love to see her novels translated more widely. Likewise Thanasis Stamoulis. I’m surprised to see that Nikos Chryssos isn’t already translated into English after winning the European Union Prize last year.  These writers are the reason I have redoubled my efforts to improve my Greek. The poet Danae Sioziou is writing beautiful and exciting things. She’s starting to get the attention she deserves internationally and I expect that attention will continue to grow. I’ve been lucky enough to read Panagiotis Kechagias’s work in English which I think is gorgeously written, deeply strange and funny and I can’t get over the lyricism with which he writes in a second language. He’s a master prose stylist. His work is at once an homage and a critique of American literature—it’s amazing to me that Kechagias can write as he does without having traveled in the American south. I think all of these writers have great integrity. I’ve been profoundly inspired by readings and conversations with people in the literary community here.