ΒΟΟΚ ΟF THE MONTH: ‘Good Will Come From the Sea’ by Christos Ikonomou

The upheaval caused by the economic crisis in Greece has inspired many artists and writers in recent years. In many respects, seeing the crisis through the lens of the visual arts, drama, poetry, and fiction, has helped put it into perspective in ways the statistics and the news media cannot. A case in point is undoubtedly Christos Ikonomou’s Good Will Come From the Sea, shortlisted for the London Hellenic Prize 2020. 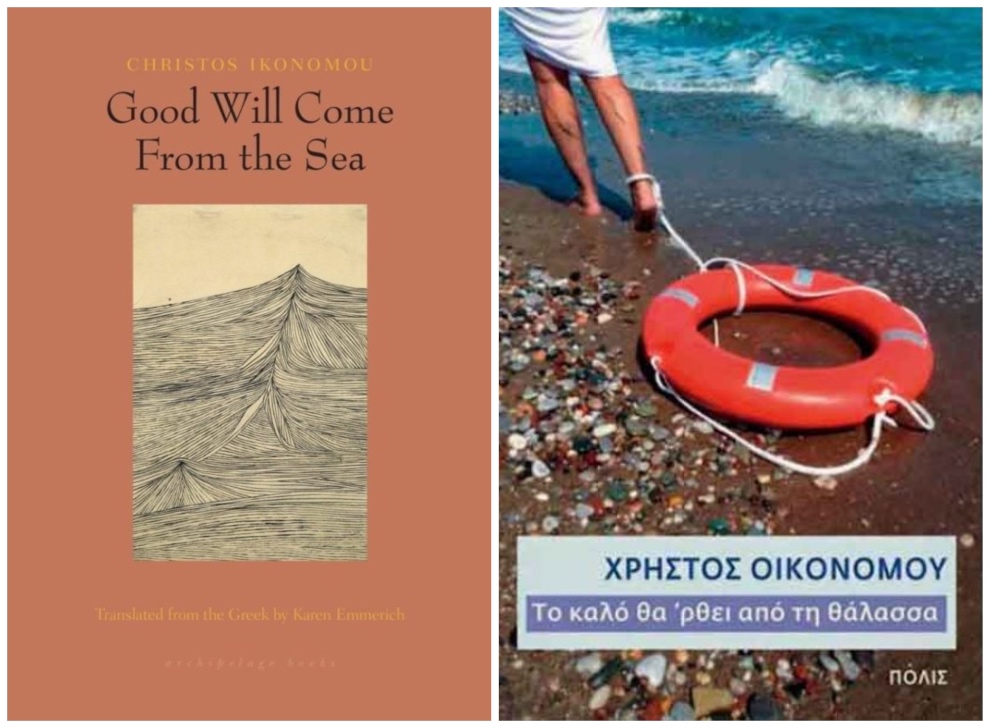 Masterfully translated by Karen Emmerich and longlisted for the 2020 Best Translated Book Award, this collection of blistering, darkly humorous stories constitutes a profound meditation on the nature of justice in an unjust world, a tender and defiant song of loss, a study of poverty’s toll on the human soul. The book follows a group of Athenian friends seeking to escape the paralyzing effects of the Greek economic crisis by moving to an Aegean island in the hopes of starting over. Viewed with suspicion and disdain by the locals, they soon find themselves enmeshed in the same vicious cycle of money, power, and violence they thought they had left behind.

Artemis and Stavros see their dreams destroyed when a local cartel burns down their restaurant; wheelchair-bound Chronis agonizes as a neighbor assaults a young girl. Meanwhile, Lazarus wanders the island in search of his lost son, “disappeared” at the hands of the local mob – the same gangsters who break visionary Tasos’s body and spirit for daring to stand up to them.As the characters mourn their livelihoods, loved ones, and dreams, only ghostly threads of hope keep them marching toward a future that shows little promise of change.

Much of the tension across the collection is generated through repetition—the book echoes like a cave—and through a sort of temporal pulsion, a single moment stretched dangerously thin and then compressed in the second it takes for something to happen. The characters in each piece seem suspicious of the past, uneasy in the present, and understandably wary of putting too much stock in the future. The collection’s title—“good will come from the sea”—echoes across the book with a hint of despair but also of its sister feeling, hope, rolling the reader steadily toward the end.

Christos Ikonomou was born in Athens in 1970. He has published four collections of short stories, The Woman on the Rails (Ellinika Grammata, 2003), Something Will Happen, You’ll See (Polis, 2010), Good Will Come From The Sea, (Polis, 2014) and The Daughters of the Volcano (Polis, 2017). Something will Happen You’ll See has won the prestigious Best Short-Story Collection State Award and became the most reviewed Greek book of 2011. It has been translated into six languages. Good Will Come From The Sea has been translated into five languages. It was shortlisted for the Best Translated Book Awards 2020 and is on the shortlist for the London Hellenic Prize. 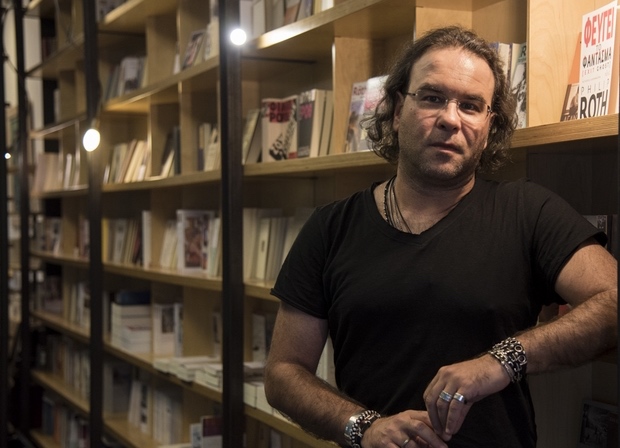 Characterized as “the Greek Faulkner”, “(Ikonomou) delivers stories of the marginalized, the underdogs, weaving together a provincial cosmos from a panoply of nearly palpable voices, finally insisting in his fiction on “the indestructibility of man” … Ikonomou lets loose astounding images … They are protests against the loss of story, and reach into the primal place in our souls”, notes Leeore Schnairsohn (Los Angeles Review of Books), while, as Fani Papageorgiou (The New York Times) eloquently put it, “in his prose, the lyrical and the rough are always intertwined. ... Together with Something Will Happen, You'll See, these books make a persuasive case for regarding Ikonomou as Greece’s most original and perceptive chronicler of his country’s fears and yearnings”.