POEM OF THE MONTH: 'Summer Solstice' by Giorgos Seferis

“The distinguishing attribute of Seferis’s genius—one that he shares with Yeats and Eliot—was always his ability to make out of a local politics, out of a personal history or mythology, some sort of general statement or metaphor”, wrote in their foreword to George Seferis: Collected Poems (1995), translators Edmund Keeley and Philip Sherrard. In the words of the Swedish Academy, Seferis's verse symbolizes "all that is indestructible in the Hellenic acceptance of life". 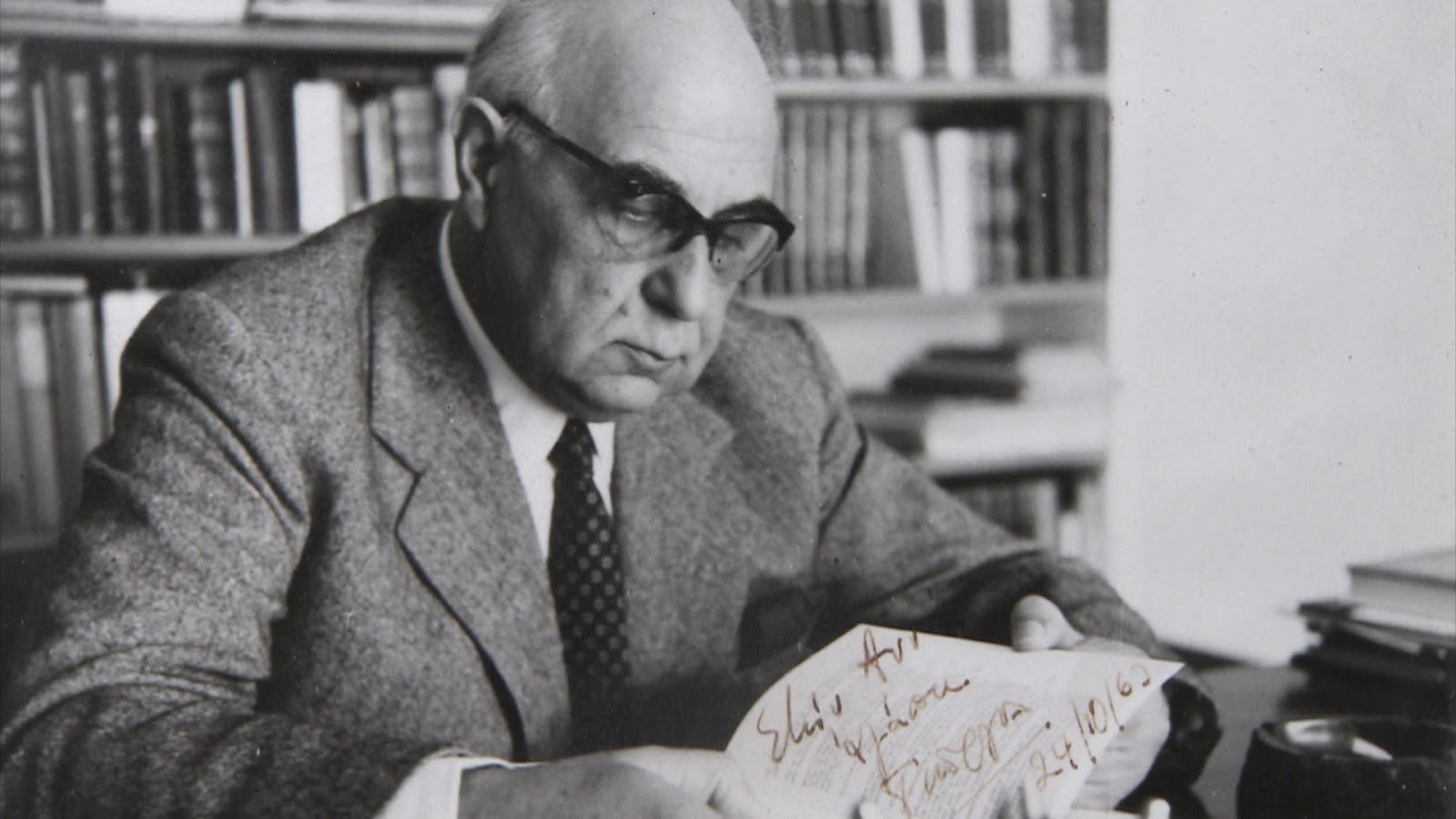 Indeed, Giorgos Seferis, regarded as one of the greatest Greek poets, has done much to integrate the unique Greek heritage with avant-garde European poetry. "Eminent as he is as a European poet", wrote Rex Warner, "Seferis is preeminently a Greek poet, conscious of the Greek tradition which shaped, and indeed created the tradition of Europe. Throughout the poetry of Seferis one will notice his profound consciousness of the presence of the past and its weight".

His themes show a constant awareness of both the dignity and the inevitable sorrow of humanity. His images---the voyage, the search, and the ruins that become alive and yet suggest death---are universal, his treatment of them contemporary. His language has a disciplined power and simplicity. His verse is spare, hermetic, and characterized by a profound knowledge of Greek history and classical mythology and a deep understanding of Greece's past and its relevance to her present and future.

On one side the sun at its grandest,
on the other the new moon,
distant in memory like those breasts.
Between them the chasm of a night full of stars,
life’s deluge.
The horses on the threshing-floors
gallop and sweat
over scattered bodies.
Everything finds its way there,
and this woman
whom you saw when she was beautiful, suddenly
sags, gives way, kneels.
The millstones grind up everything
and everything turns into stars.
Eve of the longest day.

When Seferis wrote Three Secret Poems in 1966, it was the first volume of poetry after a silence of more than a decade, a decade, which, in retrospect, exhibits a number of important milestones in Seferis’ s long career as author and diplomat. The three long poems—“On a Ray of Winter Sun,” “On Stage,” and “Summer Solstice”—actually consist of a number of shorter lyrics. Although reflective in mood and concerned with the last times, they ultimately hold out hope and promise for the state of mankind, As Yoryis Yiatromanolakis eloquently put it, the poet, "the desolate mind [that] has been the end", sums up his work and his life, accepting the fact that "everything that has passed has fittingly passed".

Giorgos Seferis was born in Smyrna, Asia Minor, in 1900. He attended school in Smyrna and finished his studies at the Gymnasium in Athens. When his family moved to Paris in 1918, Seferis studied law at the University of Paris and became interested in literature. He returned to Athens in 1925 and was admitted to the Royal Greek Ministry of Foreign Affairs in the following year. This was the beginning of a long and successful diplomatic career, during which he held posts in England (1931-1934) and Albania (1936-1938 ). During the Second World War, Seferis accompanied the Free Greek Government in exile to Crete, Egypt, South Africa, and Italy, and returned to liberated Athens in 1944. He continued to serve in the Ministry of Foreign Affairs and held diplomatic posts in Ankara (1948-1950) and London (1951-1953). He was appointed minister to Lebanon, Syria, Jordan, and Iraq (1953-1956), and was Royal Greek Ambassador to the United Kingdom from 1957 to 1961, the last post before his retirement in Athens. His wide travels provide the backdrop and colour for much of Seferis’s writing.

Seferis’s early poetry consists of Strophe (Turning Point), 1931, a group of rhymed lyrics strongly influenced by the Symbolists, and E Sterna (The Cistern), 1932, conveying an image of man’s most deeply felt being which lies hidden from, and ignored by, the everyday world. In this early phase, Seferis was keenly interested in the tonal and stylistic experiments of his French contemporaries, and indeed often seemed to be striving for a ‘pure’ poetry in the manner of Valery.

With the appearance of Mythistorema in 1935, a distinct change in style became evident, in part the consequence of the poet’s sympathetic reading of Eliot and Pound during the early thirties and in part the last phase of a personal stylistic catharsis that had already begun to show in The Cistern. Mythistorema is a composite poem comprising 24 sections in free verse that contains the basic concepts and recurring themes of the poetry to follow: "common", almost unpoetic speech; a familiar, narrative but also dramatic voice; a continued intermingling of history and mythology as everyday figures parade through the poem in the company of mythical "personae" and symbolic figures.

Seferis's experimentation with symbolist and modernist poetics and his exclusive use of demotic, or common, Greek as the language of choice earned him a privileged place in the collective body of work produced by his generation of poets, known in Greek literary criticism as “the Generation of the 1930s.”

Along with others of the “Generation of the 1930s,” Seferis also published his literary criticism extensively in some of the most important literary journals in Greece. He is credited with advancing the genre to a new level of rigorousness and sophistication, the influence of which was felt for the better part of the twentieth century. Seferis was also an accomplished translator, publishing his translation of T. S. Eliot's poetry in The Waste Land and Other Poems (1936) as well as Antigraphes (1965), a volume of translations of poets primarily of the symbolist and modernist traditions, such as William Butler Yeats, Paul Valéry, D. H. Lawrence, Ezra Pound, Marianne Moore André Gide, and W. H. Auden.

Seferis won the Nobel Prize in 1963, the first Greek national to win any of the five annual prizes since the Swedish Academy began issuing the awards in 1901. On the subject of his being awarded the Nobel Prize, Seferis said that through its choice the Swedish Academy "wished to express its solidarity with Greece´s ever-vital intellect" and to honour a "language spoken for centuries but having at present a limited number of speakers". This viewpoint reflects Seferis´deep-seated belief in the current dynamic interrelationship between the ancient and modern Greek language and literature, between the diachronic power of Greek civilisation and its modern expression, and finally between tradition and innovation.

He also received several honorary doctoral degrees from Cambridge (1960), Oxford (1964), the Aristotle University of Thessaloniki (1964), and Princeton University (1965). He also become an honorary foreign member of the American Academy of Arts and Sciences and was appointed honorary fellow of the Modern Language Association in 1966.