POEM OF THE MONTH: “Hellas” by Percy Bysshe Shelley

Percy Bysshe Shelley (1792— 1822) was an English Romantic poet whose passionate search for personal love and social justice was gradually channeled from overt actions into poems that rank with the greatest in the English language.  American literary critic Harold Bloom describes him as "a superb craftsman, a lyric poet without rival, and surely one of the most advanced sceptical intellects ever to write a poem". A radical in his poetry as well as in his political and social views, Shelley did not achieve fame during his lifetime, but recognition of his achievements in poetry grew steadily following his death and he became an important influence on subsequent generations of poets including Browning, Swinburne, Hardy and Yeats. 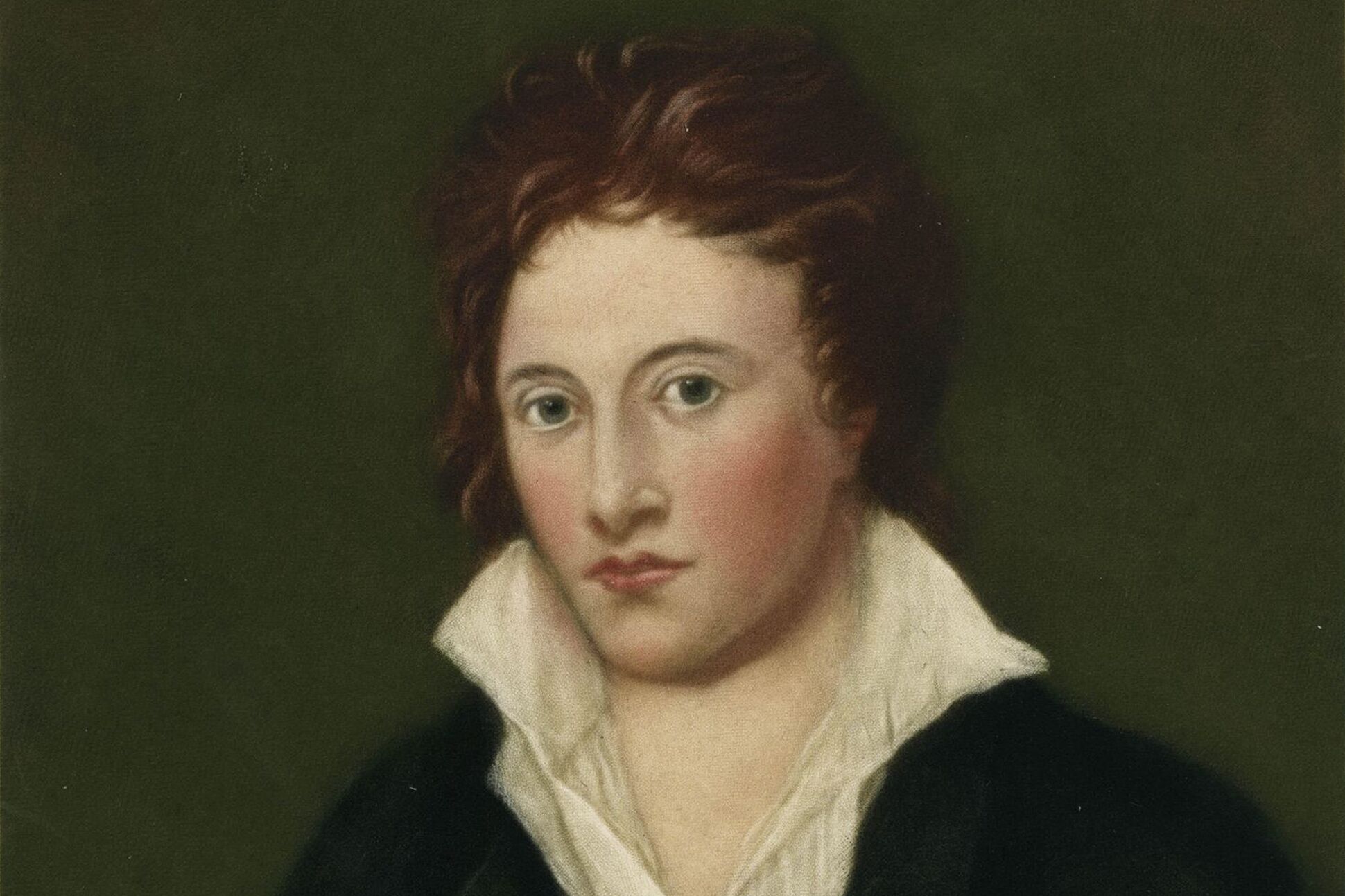 The life and works of Shelley exemplify English Romanticism in both its extremes of joyous ecstasy and brooding despair. Romanticism’s major themes—restlessness and brooding, rebellion against authority, interchange with nature, the power of the visionary imagination and of poetry, the pursuit of ideal love, and the untamed spirit ever in search of freedom—all of these Shelley exemplified in the way he lived his life and live on in the substantial body of work that he left the world after his legendary death by drowning at age 29.

Shelley also wrote prose fiction and a quantity of essays on political, social, and philosophical issues. Much of this poetry and prose was not published in his lifetime, or only published in expurgated form, due to the risk of prosecution for political and religious libel. From the 1820s, his poems and political and ethical writings became popular in Owenist, Chartist, and radical political circles and later drew admirers as diverse as Karl Marx, Mahatma Gandhi, and George Bernard Shaw. 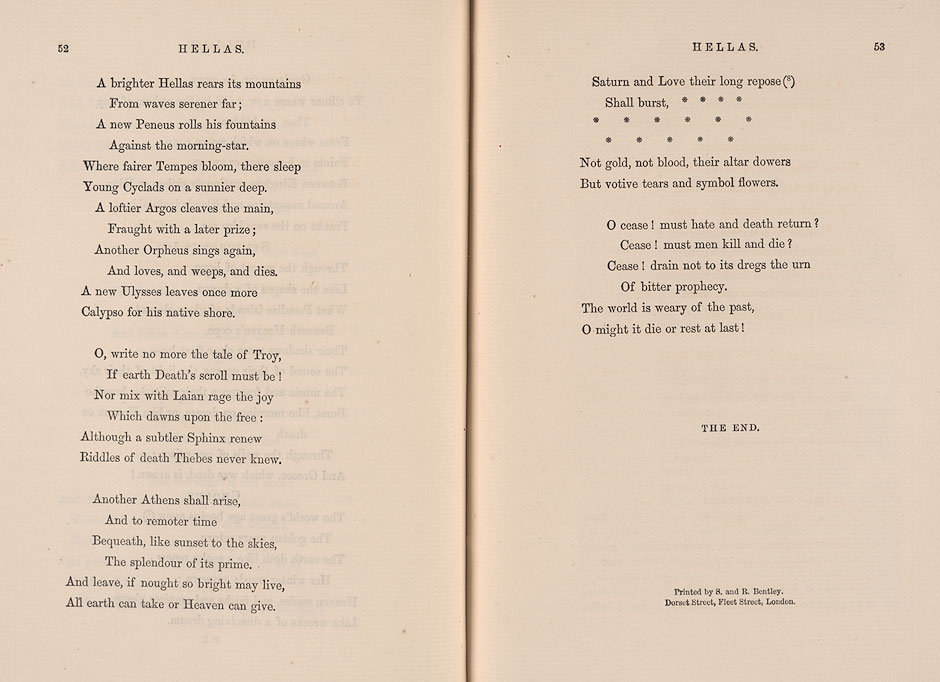 Shelley’s enthusiasm for the stirrings of independence in Greece prompted him to write Hellas (1822), which he dedicated to Prince Mavrocordato. As the title Hellas suggests, Shelley is most concerned with the liberty of the Hellenic spirit: as he says in the preface, “We are all Greeks. Our laws, our literature, our religion, our arts have their root in Greece.”

The drama is written from the point of view of the Ottoman Sultan, and was inspired by Aeschylus’ Persae. The drama focuses on the Sultan, Mahmud, who controls the Turkish attacks on Greece. His sleep is restless and his mind worried by a recurring nightmare. He seeks help from the Wandering Jew, Ahasuerus, whom he believes has magic powers and can interpret his dream. During their conversation, Mahmud sinks more and more into despair as he, in spite of reports of Turkish victories, realizes that he has lost the war.

Alternating between the three dialogue parts is a chorus of enslaved Greek women, who furnish the drama with hope and aspirations for freedom's victory. Their participation is not directly connected to the insurrection of Greece, but rather expresses a universalized view of the futility of war. The action is seen from the Turkish point of view, which makes it possible for Shelley to focus both on Turkish defeat, via Mahmud, and Greek victory, through the chorus.

The chorus pays homage to the eternal spirit of liberty and expresses hope for the Greek victory as Mahmud gradually draws the conclusion that the Turkish forces are losing. Above all, Shelley is concerned that the thought and ideals of Greece are preserved, not just the outward manifestations of present-day Greece: The poem ends with the final chorus prophecying in a soaring vision, “The world’s great age begins anew,” suggesting that another golden age, like the first one in Greece, will return to the world.

The conclusion of the last chorus is among the most beautiful of his lyrics. The imagery is distinct and majestic; the prophecy, such as poets love to dwell upon, the Regeneration of Mankind--and that regeneration reflecting back splendour on the foregone time, from which it inherits so much of intellectual wealth, and memory of past virtuous deeds, as must render the possession of happiness and peace of tenfold value.