POEM OF THE MONTH: "Impression de Voyage" by Oscar Wilde 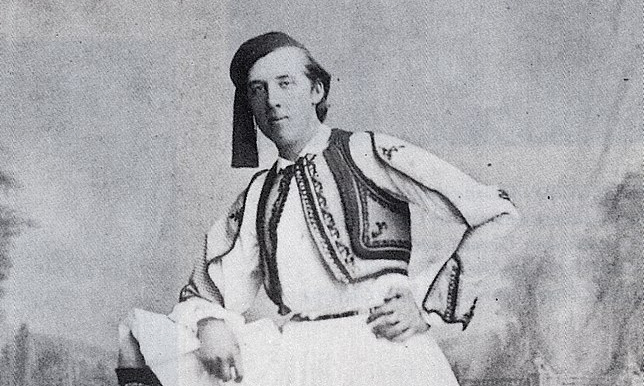 Irish poet and playwright Oscar Wilde was extremely popular in his own time and remains a household name to this day. An aesthete par excellence, he was known for his witty humour, showcased in his famous epigrams and successful theatrical plays. Yet, not as many are familiar with his deep love for Greece, and the poems he wrote on his journey there in 1877.

Oscar Wilde was born in 1854 to a prosperous family, and was introduced to the ancient Greek language and culture from a young age by his parents. He received a superior education, first at home with foreign governesses and then at the exclusive Portora Royal School. He became fluent in French, Greek and Latin. In 1871, he obtained a royal scholarship to read the classics at Trinity College, Dublin (TCD), where he would win the Berkeley Gold Medal in Greek in 1874. That same year, he would leave Ireland to continue his studies at Magdalen College, Oxford on a demyship. In November 1878, he graduated with a double first in his B.A. of Classical Moderations and Literae Humaniores (Greats).

Wilde would go on to become a very successful author, and the most significant representative of the Aesthetic Movement. He is mostly famous for his plays, such as Lady Windermere's Fan, An Ideal Husband and The Importance of Being Earnest, which were performed with great success. Other notable works include the story collections The Happy Prince and Other Stories and Lord Arthur Savile's Crime and Other Stories and his only novel, The Picture of Dorian Gray. 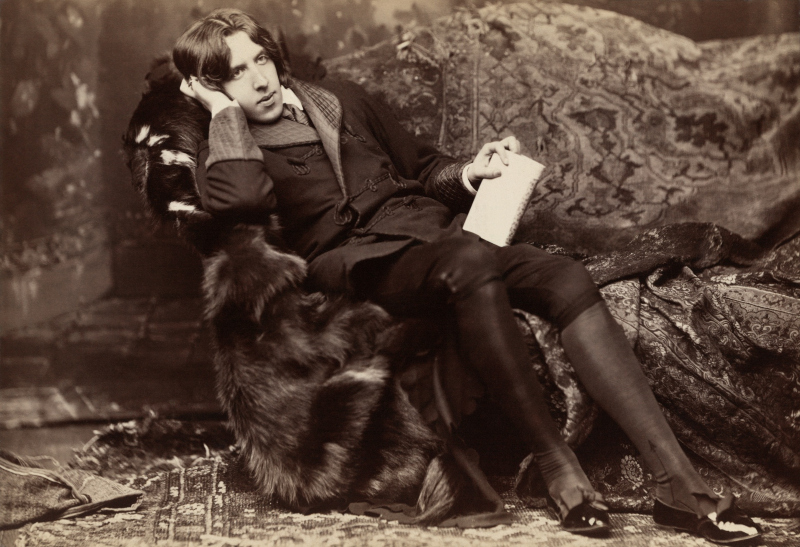 In 1895, the writer was convicted of gross indecency and sentenced to two years' hard labour, for being a homosexual. While in prison, he wrote a famous letter, posthumously published under the title De Profundis. After being released, he spent his last final years in poverty and exile. In 1898, he wrote The Ballad of Reading Gaol, inspired by his time in Reading Prison. Due to the harsh conditions of his imprisonment, he would develop meningitis, which led to his death, on 30 November 1900, in Paris. 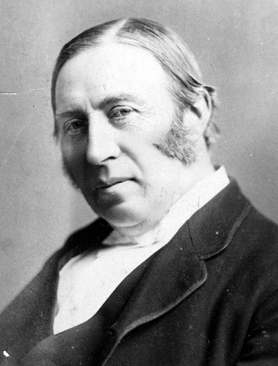 Wilde’s interest in Greek language and culture was further strengthened during his studies at TCD and Oxford. His relationship with J. P. Mahaffy also proved instrumental in this respect. Sir John Pentland Mahaffy was an Irish classicist and polymathic scholar, as well as a committed Hellenist who frequently visited Greece. His works include Social Life in Greece from Homer to Menander (1874), History of Classical Greek Literature (1880), Greek Life and Thought from Alexander to the Roman Conquest (1887) and The Silver Age of the Greek World (1906). His major academic achievement was his three-volume edition of the Greek texts on papyrus discovered by Flinders Petrie in Egypt.

From 1869, Mahaffy held a chair in Ancient History at Trinity College Dublin; in 1871, he became the tutor of Oscar Wilde, a TCD undergraduate at the time. Wilde worked with Mahaffy on his book Social Life in Greece; he would describe Mahaffy as his "first and greatest teacher", who showed him "how to love Greek things". Even after he left for Oxford in 1974, Wilde continued his close friendship with Mahaffy.

For a while, Wilde who was born into a Protestant home, had seriously considered the idea of converting to Catholicism. He was fascinated with the rituals of the Catholic Church and with its more sentimental –rather than rational– interpretation of the Bible. However, neither his father nor Mahaffy were happy with this idea. 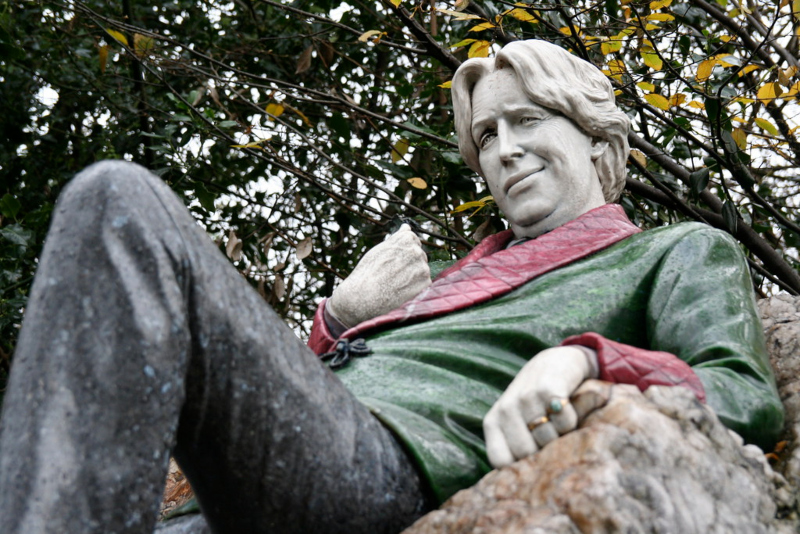 In 1877, Wilde was set on visiting Rome for Easter. He indeed travelled to Genoa accompanied by J. P. Mahaffy and two friends but, at Mahaffy’s insistence, he was convinced to change his plans and travel to Greece instead of "the Holy city". Mahaffy hoped that this trip would help draw his young protégé away from popery and into paganism.

The company first reached the island of Corfu, and Wilde seems to have been immediately immersed in the spirit of Hellenism, as evidenced in the poem he wrote on the island, titled "Santa Decca" (from a mountain in the area called Hagioi Deka, meaning "Ten Saints") – a lament for the death of the old gods, now replaced by Christianity.

After Corfu, and a brief stay in Zakynthos, Wilde and his friends sailed to the mainland; their first landfall was at the seaside town of Katakolo in the Peloponnese, where Wilde wrote the poem "Impression de Voyage"; they would go on to visit Ancient Olympia, which was at the time being excavated by archaeologists from the German Archaeological Institute at Athens. Mahaffy in fact used his connections to gain access, for him and his friends, to the excavation site.

This was followed by a journey through the Peloponnese, during which they visited the village of Andritsaina and the nearby archaeological site of the Temple of Apollo Epicurius at Bassae, before continuing to the town of Argos and the world-renowned sites of Mycenae and Tiryns, the centre of the ancient Mycenaean civilisation, which was at the time being excavated by the team of famous German archaeologist Heinrich Schliemann

While in Argos, Wilde wrote the poem "The Theatre of Argos", where he seems even more mournful at the bygone glory of Greek antiquity. From Nauplion, they rode to the port of Epidaurus and visited the island of Aegina on their way to Athens, where they relished in the sight of Acropolis, and also admired the treasures exhumed by Schliemann at Mycenae, kept at the National Bank at the time. The party even met King George I, and possibly visited the mining town of Lavrion in his company. They left Greece from the port of Piraeus, travelling to Naples by ship. 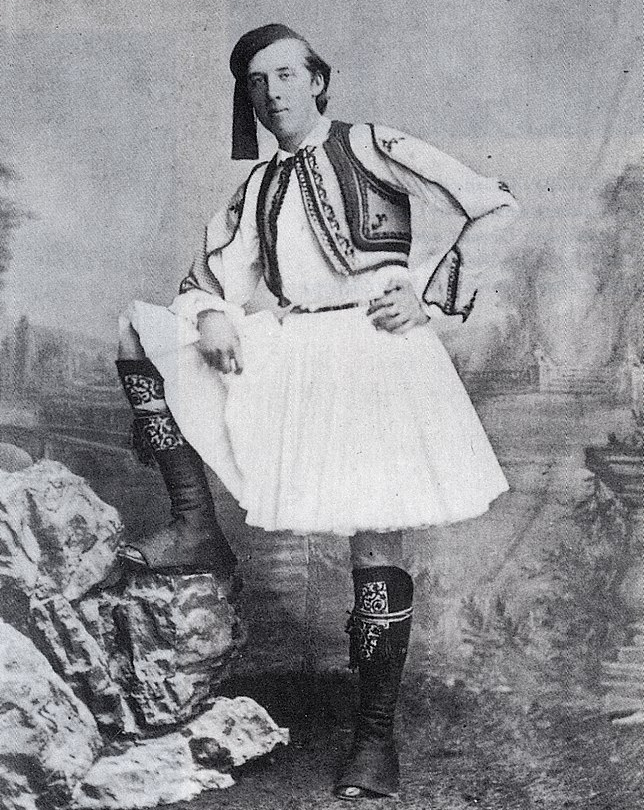 Photo of Oscar Wilde in Greek costume, 1877 (via Wikimedia Commons)

The sea was sapphire coloured, and the sky
Burned like a heated opal through air,
We hoisted sail; the wind was blowing fair
For the blue lands that to the eastward lie.
From the steep prow I marked with quickening eye
Zakynthos, every olive grove and creek,
Ithaca’s cliff, Lycaon’s snowy peak,
And all the flower-strewn hills of Arcady.
The flapping of the sail against the mast,
The ripple of the water on the side,
The ripple of girls’ laughter at the stern,
The only sounds:—when ’gan the West to burn,
And a red sun upon the seas to ride,
I stood upon the soil of Greece at last!

The poem in the form of a 14-line stanza. Wilde author references parts of Greece he had seen in his journey: the Ionian Islands of Zakynthos and Ithaki (the Homeric Ithaca) and Mount Lykaion in Arcadia (which he refers to as Lycaon – the name of a mythical Arcadian hero and king).

"Impression de Voyage" originally appeared in Waifs and Strays (a magazine issued by the University of Oxford at the time) in March 1880 and was then published in Wilde’s collection Poems (1881).

Read more: From Popery to Paganism: Oscar Wilde in Greece by Leanne Grech

Read also via Greek News Agenda: POEM OF THE MONTH: "On This Day I Complete My Thirty-Sixth Year" by Lord Byron; Reading Greece: Richard Pine on Greek-Irish Encounters; The archaeological sites of Mycenae and Tiryns; The Temple of Apollo Epicurius at Bassae