'That summer we bought big straw hats. Maria's had cherries around the rim, Infanta's had forget-me-nots, and mine had poppies as red as fire. When we lay in the hayfield wearing them, the sky, the wildflowers, and the three of us all melted into one...'

Three Summers by Margarita Liberaki is a warm and tender tale of three sisters growing up in the countryside near Athens before the Second World War. Living in a ramshackle old house with their divorced mother are flirtatious, hot-headed Maria, beautiful but distant Infanta, and dreamy and rebellious Katerina, through whose eyes the story is mostly observed. Over three summers, the girls share and keep secrets, fall in and out of love, try to understand the strange ways of adults and decide what kind of adults they hope to become. 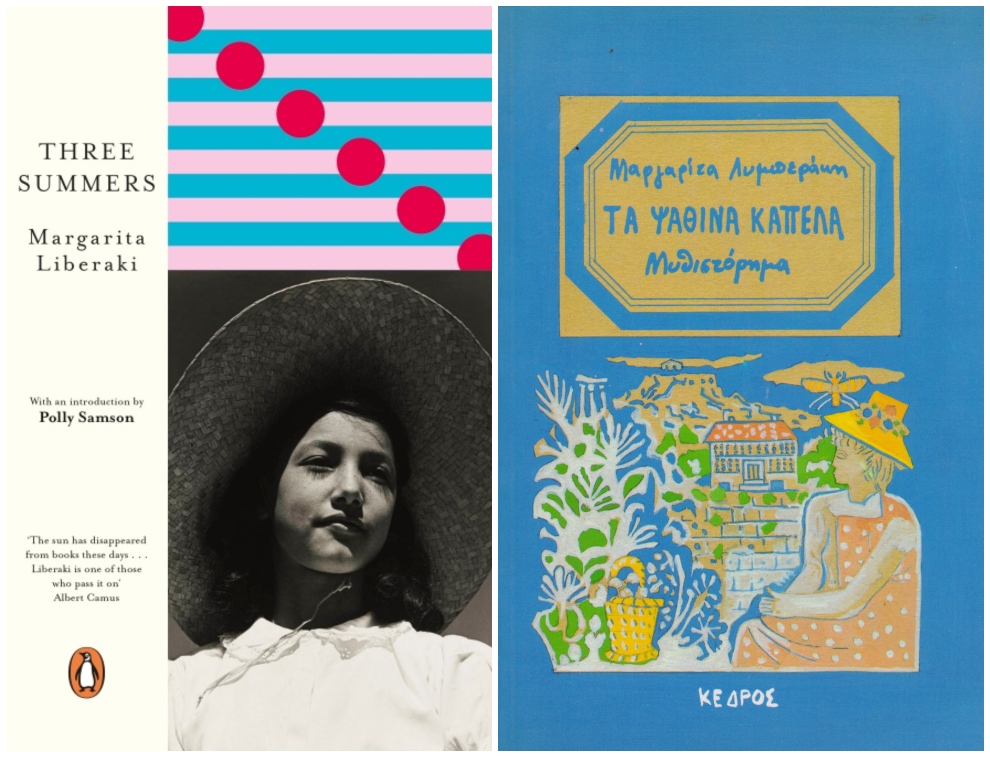 Liberaki tells the story of these intertwined lives with imagination, humor, deep tenderness, and a certain nostalgia. When Three Summers was first published in Paris (Gallimard 1950) Albert Camus wrote, “the sun has disappeared from books these days. That’s why they hinder our attempts to live, instead of helping us. But the secret is still kept in your country, passed on from one initiate to another. You are one of those (Rene Char, Jean Grenier, maybe five other writers) who pass it on. I feel a sense of complicity with this book».

Masterfully translated into English by Karen Van Dyck, “this cinematic, sun-drenched novel about innocence and experience depicts a vanished era of bourgeois pleasures against the gardens and olive groves of one of Athens’s oldest suburbs. The mores of Athenian society are in tension with the drives and abundance of the Greek landscape itself: even the orderly pistachio orchards, with their male and female trees yearning for communion, vibrate with sex, heat, color, flavor, and scent”, in the words of A.E. Stallings.

As Karen Van Dyck remarked, “the world inside the book could not be more unlike the world the book came into when it was first published in 1946, immediately after the terrible famine and the Axis occupation of Greece during World War II, and on the brink of the even more devastating civil war, barely a shadow of which can be found in the idyllic world between its covers […] To its first Greek readers, this novel must have offered an oasis from the unbearable realities of the day, a place to live out the life-and-death implications of war in the smaller details of flowers, birds, and bees”. In Greece, the book has gone through fifty-one printings, and to this day, many Greek readers list it as their favorite book of all time.

Margarita Liberaki always said Three Summers was based on her own life, with its emphasis on Katerina as a writer-to-be. She was a law student who married young and was pregnant while writing the novel. Less than a year later she divorced and moved to Paris, leaving her daughter to be raised, as she had been, by grandparents. Living in Paris was emancipating for Liberaki. She insisted on transliterating her name as Liberaki, not Lymberaki, so that it looked like a cognate of liberation. 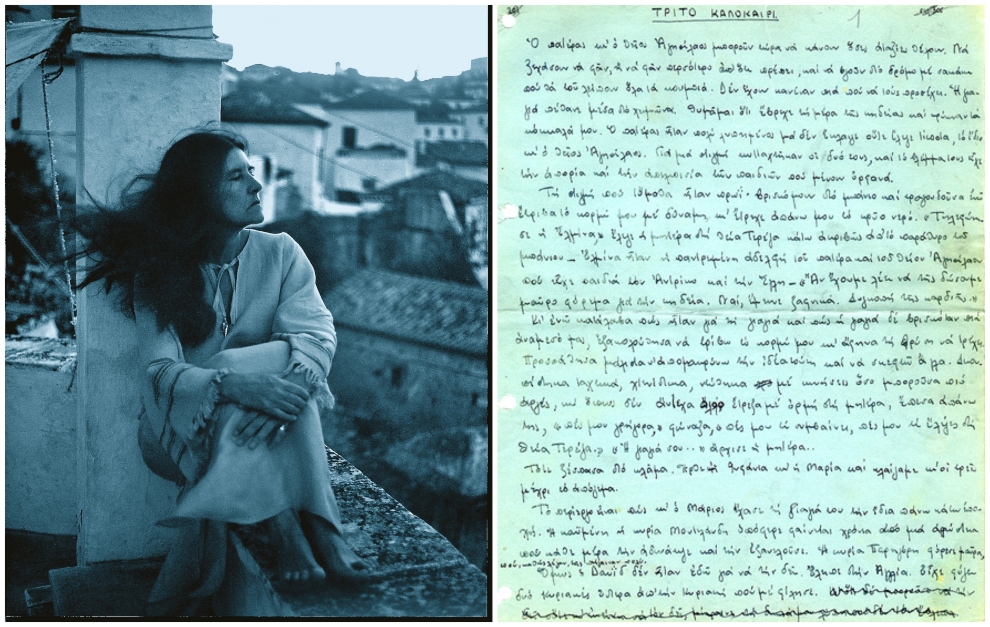 Born in Athens in 1919, Liberaki wrote her first novel, The Trees, in 1945, and Three Summers (or The Straw Hats, as it was titled in Greek) followed soon after. She wrote another novel, The Other Alexander (1950), before turning to the theater and screenwriting. Her career from her first novels to her final screenplay, Diaspora, and her translation of Robert Louis Stevenson’s Treasure Island, can be characterized by daring experimentalism. In the words of Niko Maragos, “Over and above . . . innovation in the form of the Greek novel, Liberaki also made what we might consider a feminist political contribution to Greek letters. Following Woolf, she captures life as it is lived in small “moments of being,” especially of female domestic rituals . . . translating these private moments into the public language that had effectively been forbidden to Greek women”.