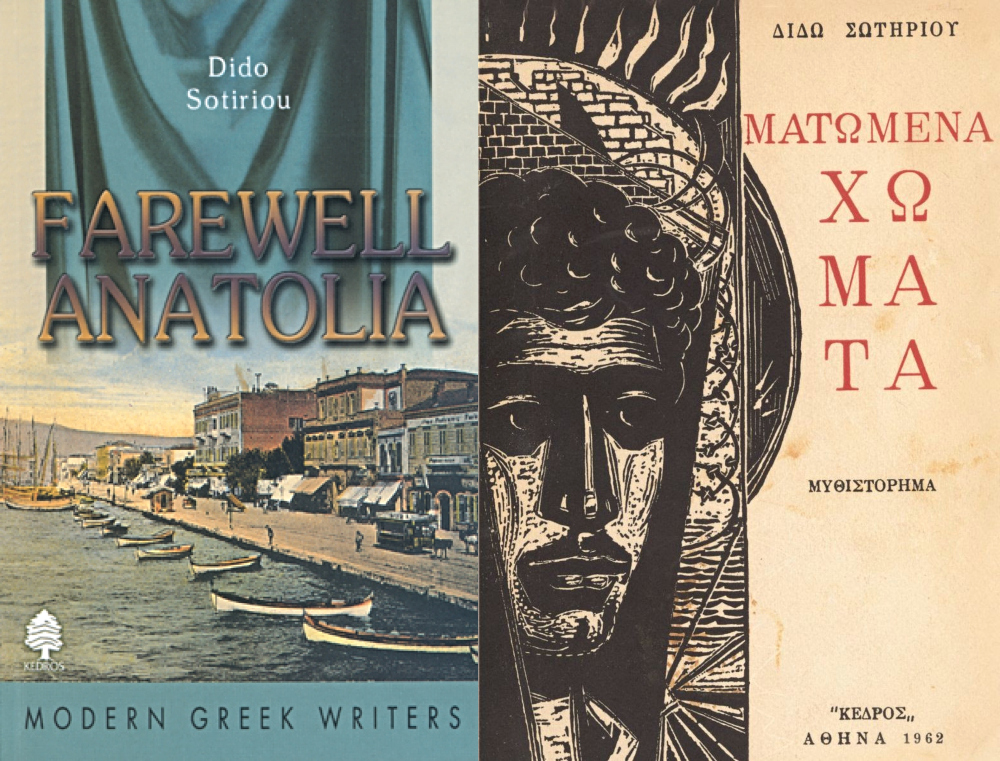 Dido Sotiriou’s novel Farewell Anatolia is one of the most famous books about the Greek population of Asia Minor, chronicling the last years before their final exodus and arrival in Greece as refugees.

It was first published in Athens in 1962 and has been translated into several languages, including English, Bulgarian, Estonian, French, German and Bulgarian. According to Kedros Publishers, it has sold over 400,000 copies, making it one of the best-selling Greek novels of all time.

The book’s original title in Greek is Matomena Homata ("Bloody Earth"); it describes the life of Manolis Axiotis, a poor man from the small village of Çirkince (modern-day Şirince), near the ruins of Ancient Ephesus, in the region of Smyrna (modern İzmir). Through his eyes, the reader witnesses the persecution of the Christian population under the Turkish National Movement.

In the area around Çirkince, where Young Axiotis spends the first years of his life, Greeks and Turks live in perfect harmony; this, however, starts to change after Turkey joins World War I on Germany’s side. In 1915, he is forcibly conscripted to the Ottoman Labour Battalions (Amele Taburları or Amele taburu), basically labour camps where Greeks and Armenians were made to work under extremely harsh conditions and with little to no food. 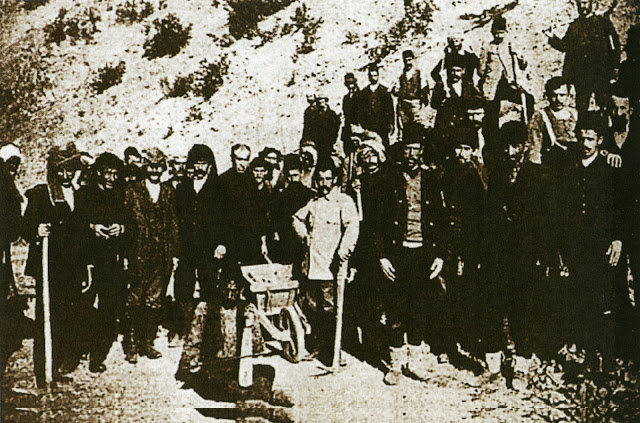 Photograph from a Labour Battalion (via Wikimedia Commons)

He eventually manages to escape, and soon thereafter, in 1919, the Greek army lands in Smyrna and takes control of the city and its surroundings; Axiotis thus becomes a soldier of the Greek Army and lives through the Greco-Turkish War of 1919–1922; in 1922 he witnesses the burning of Smyrna, known in Greek as the "Smyrna Catastrophe", where thousands of Greeks and Armenians are attacked and massacred, and many more are forced away from their homes. Manolis is captured but he later escapes and, eventually, he joins the rest of the Greek refugees who seek sanctuary in the Greek islands.

Sotiriou's novel is a fictionalised account of true events; according to the writer herself, the character of Manolis Axiotis is based on a true person, a refugee from Asia Minor, who worked for years as a stevedore in Piraeus, and had taken part in the National resistance during WWII. The man gave her his own notes, where he described his life in Anatolia as a young man, and Dido Sotiriou combined his narration with the stories of other first-hand witnesses, in order to chronicle the reality of "a world forever lost".

According to literary critic Eri Stavropoulou, the writer manages to create "a vast mural of the hard life of Greek farmers in Anatolia" and a hymn to a land blessed with an abundance of natural beauty and resources. Anatolia is depicted as a paradise lost, but the blame for this loss does not simply fall on the enmity between the two peoples; Sotiriou placed the responsibility for the destruction on a number of political and international factors, such as the economic aspirations of the Great Powers, the poor choices in foreign policy and the increasing nationalistic fervour of the New Turk regime. 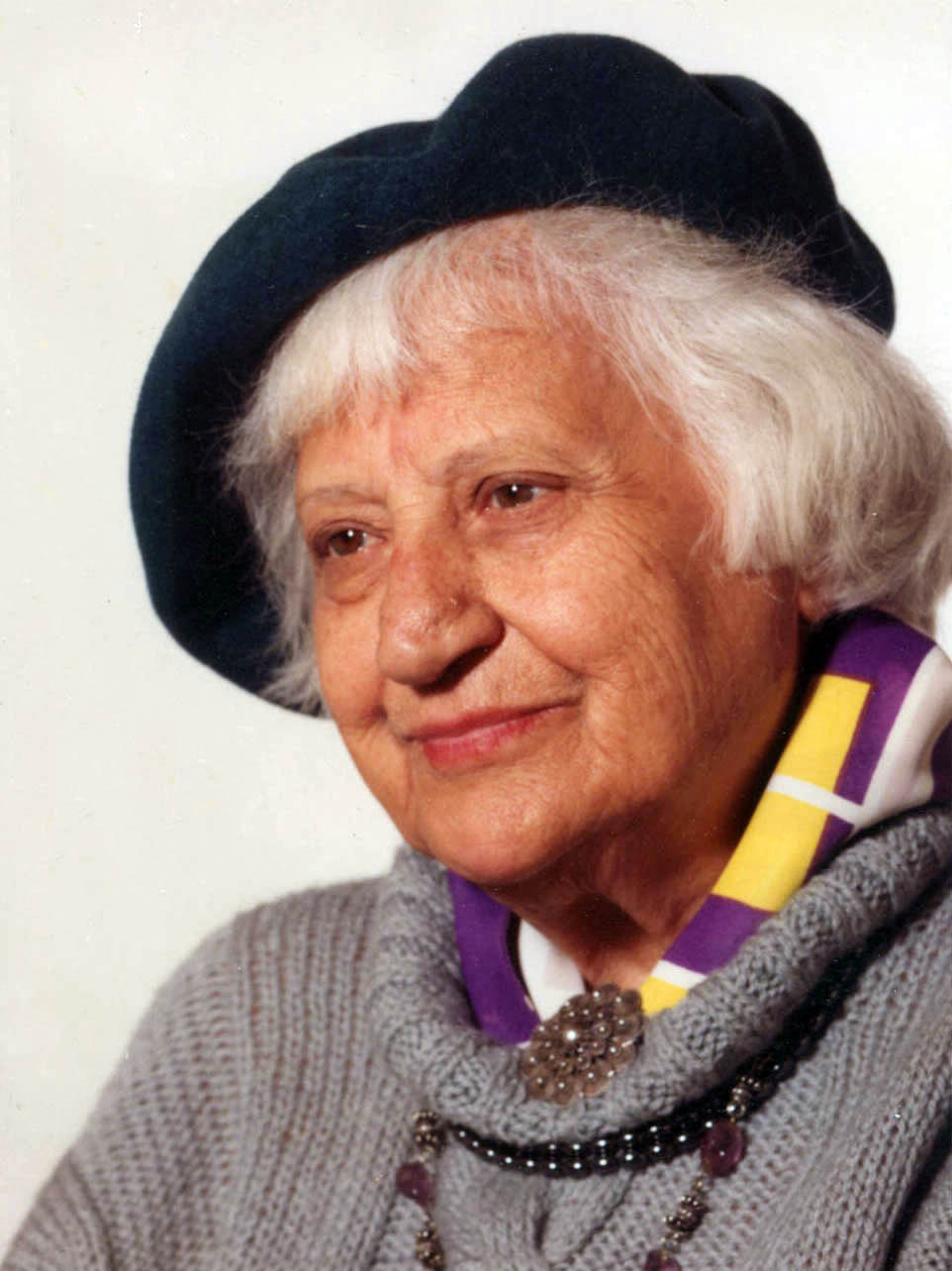 Dido Sotiriou (1909-2004) was a novelist and journalist. She was born as Dido Pappa to a affluent family in Aydin, in western Anatolia; in 1919 her family moved to Smyrna and, following the city’s destruction in 1922, they fled to Greece and settled in Athens. She studied at the French Institute of Athens and in 1933 she married Platon Sotiriou. In 1936 she began working as a journalist for various newspapers and other publications. During WWII, she took part in the Greek Resistance, and in 1944 she became editor-in-chief of Rizospastis, the Greek Communist Party’s official newspaper. In 1945 she was among the founding members of the Women’s International Democratic Federation in Paris. In 1947 she was expelled from the Communist Party.

Her first work of fiction, the novel The dead are waiting, was published in 1959. Her works have been translated into many foreign languages. Farewell Anatolia is her third novel, and by far the most famous. Her works are marked by realism, with strong autobiographical elements, and draws its themes from the stories of Greek refugees from Asia Minor, as well as from the Greek Civil War (1943-49) and the politically charged period of the following decades.

She was awarded the Abdi İpekçi Peace and Friendship Prize for the promotion of Greek-Turkish friendship in 1983, the Special State Prize for Literature in 1989 and the Academy of Athens Award in 1990. In 1995 she was bestowed the Gold Cross of the Order of the Phoenix by the Greek President and, in 2001, the Ordre national du Mérite by the French President. The Hellenic Authors' Society has established in her honour the Dido Sotiriou Award, given each year to "a foreign or Greek writer whose work promotes the communication between peoples and cultures". She died in Athens on 23 September 2004.