Maria Patakia was born in Athens. She studied Law at the University of Athens and European Law at the University Paris 2. She has worked as a Legal Advisor to the European Commission and a secretary of the Cultural Association KYKLOS in Brussels, and has been a member of the French cultural association Art faber.  She spends her time and interests among Brussels, Paris and Athens. 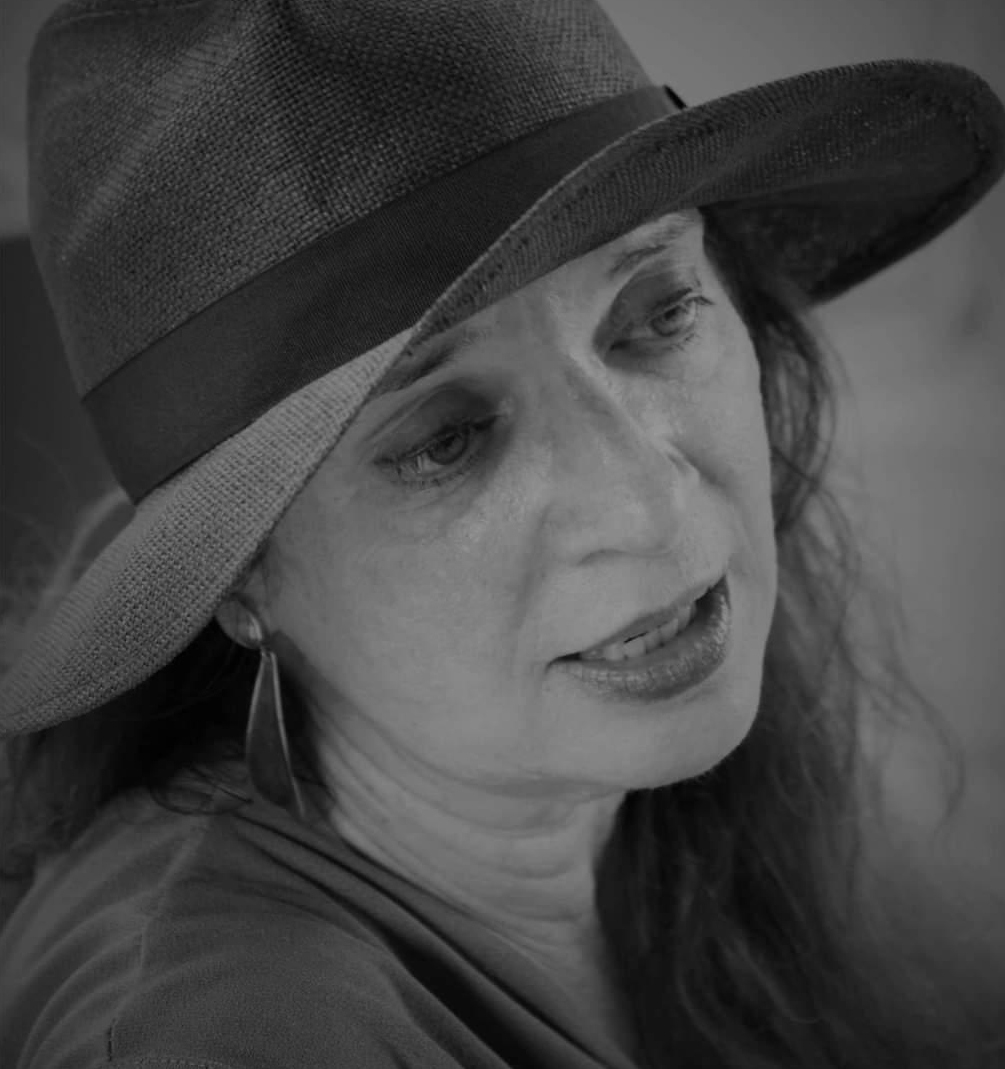 Arpenteurs du temps et autres recueils is a compilation of poems from my three collections published originally in Greek by Melani publications between 2016 and 2020 and it is my first book published in French, by Miel des anges Editions, established by the French translator Michel Volkovitch. Being translated in French by Michel Volkovich, whom I consider the most important translator of poetry from Greek to French, was a great honor to me.

He added value to my original poems by finding the right analogies and equivalents combined with a sensitive approach.

His translation was both loyal to the original and creative at the same time. I was given the opportunity to communicate with a French-speaking audience, through this translation, and I am very glad about it, as poetry aims to enable communication with people beyond borders. The title is the same as the one of my first Greek collection while there is also reference to the other two collections.

Which are the main themes your poetry touch upon? Are there recurrent points of reference in your writings?

The main themes of my poems are reflected on the titles of my three collections: time, scales (contradictions and (des)equilibrium), love. In particular, the question of time perception, being my main obsession, is recurrent in my poems; time is reflected in its ephemerous nature and upon moments of eternity in life, especially as a critical element of love and the complicated, often contradictory nature of human beings. Moreover, that is the reason behind the title of the French book.

Your poetry seems to play with words, either reversing and or restructuring their meanings. What role does language play in your poetic work?

Your question is well focused on language. In fact, language and its independent function in writing poetry is very important for me. I may give the impression that I play with words but in reality words play with me, having an autonomous life when I start writing poems and leading me towards paths I haven't imagined before. As Heidegger said "language is speaking itself, it's speaking for us through what has been articulated". Nevertheless, the poetic language tries to reflect silence as well - which is the absolute poem.

Words never cease to surprise me.  Language, especially the poetic one, is my master, sometimes laughing at me but mostly giving me extraordinary pleasure and a chance to better know myself. 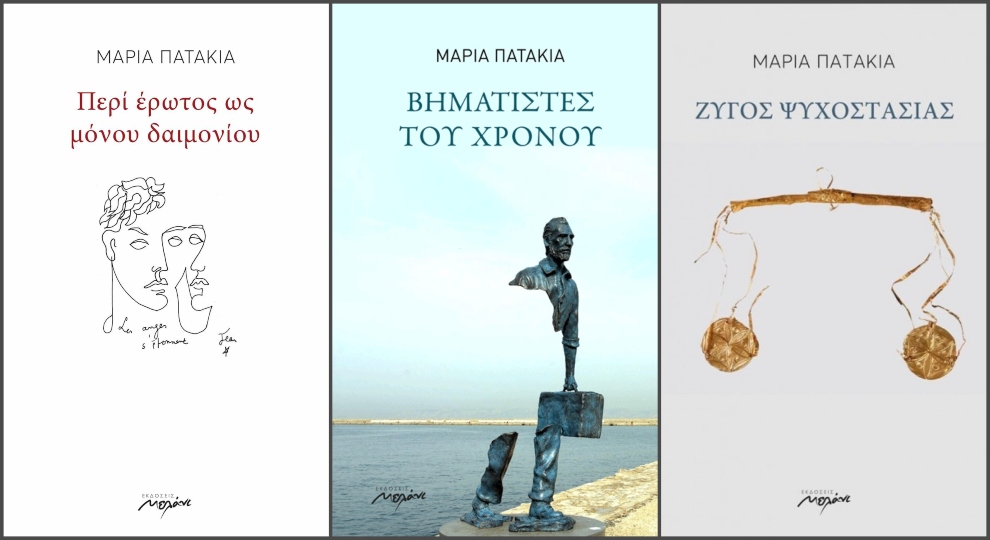 “ΚYKLOS, the Hellenic Circle”, is a Cultural Association of Greek expats in Brussels with the aim to embrace the wider community of Philhellenes living in the heart of Europe with a modern view of Hellenic culture and arts. Tell us a few things about the scope and initiatives of this venture.

Hellenic Circle (KYKLOS) is a Greek cultural association in Brussels, Belgium, aiming to reach out to the Greek and international audience of Brussels about cultural happenings with a link to the Greek cultural identity of our times in a broad variety of activities: literature, poetry, films, theater, plastic arts, intellectual thinking as well as politics.

We have invited authors, artists, intellectuals, university professors and staged physical events: lectures, film screenings and theatre performances (with subtitles), presentations of authors and their books, debates on current affairs and so on.

In many occasions we have collaborated with Belgian and Greek authorities and other associations as well.

Apart from Greek-speaking happenings, we have also organized events in French or English and invited personalities of European caliber (such as D. Cohn Bendit, in the past) in order to offer the chance to a non-Greek speaking audience to attend debates concerning issues of national but also of European interest.

Since March 2020 due to the restrictions of the pandemic we have developed dedicated channels on YouTube and Mix Cloud where we publish digital events and podcasts. These events were focused on topics related to the pandemic (in 2020) and the Greek Revolution of 1821 (in 2021); our guests were representatives of different scientific disciplines, artistic / intellectual fields and academia.

What is to be expected from KYKLOS in the following months?

We will continue organising events mainly linked to the Greek Revolution's Anniversary until the end of the year, and we look forward to resuming physical events whenever this will be possible.

As an example, and a preview of Youtube events to come, I can give you the digital event with Professor Roderick Beaton, as an honourable guest; a prolific great Hellenist historian, whose most recent book concerns the creation of the "new" Greek state, after the 1821 Revolution.

In the pipeline on 18.11.2021, there is our first physical event after the pandemic in collaboration with the Greek Embassy in Brussels, where we will have the pleasure to present Professor Nicos Bacounakis, a veteran journalist on the occasion of the publication of his new book. 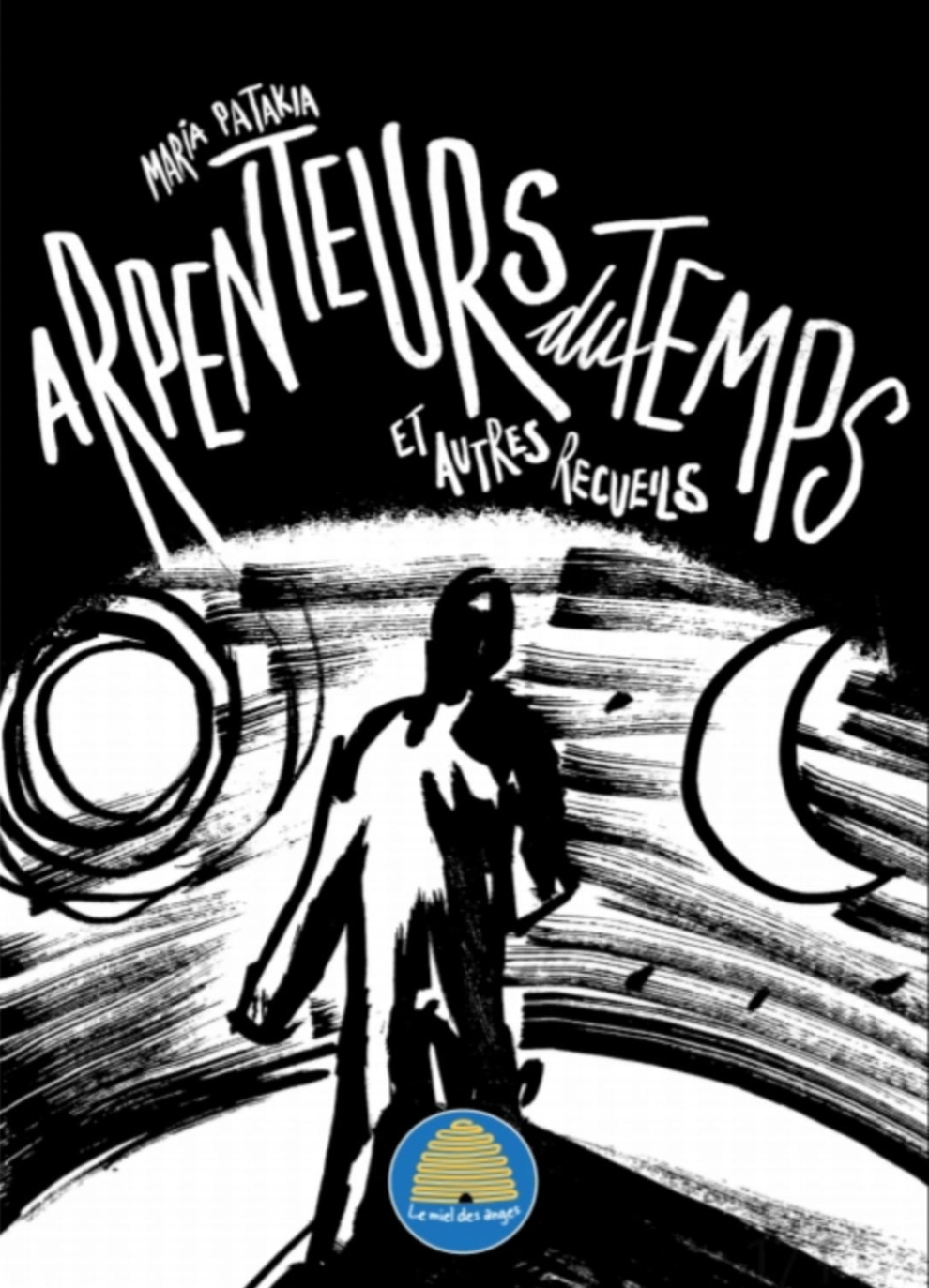 Does poetry constitute a way to talk about the present? To what extent can literature be used to debunk stereotypes related to our ancestry, our national identity and our glorious but long gone past?

Poetry arises from the confrontation between the exterior environment and the interior world. Poets live in the real world in the present time and that’s where they draw their inspiration from; it is then inevitable to represent some aspects of it, even indirectly; things of the everyday life as well as thoughts about actual events and situations can become the inspiration for writing a poem. Poetry derives from the combination of thinking and feeling and goes to the very essence of things, including current affairs.

Literature aims not to change the world nor to be didactic but to delve into the main questions of human condition and existence in an inventive way; in doing so, it necessarily moves beyond stereotypes, providing an oblique glance at things and ideologies. That's why, when the literature becomes politically engaged it is rarely a pure, good literature

How does Greek literature converse with European trends? Where does the local/national meet the global?

Greek authors are nowadays, more than ever, in contact with the work of their European counterparts and it is only natural to be influenced by it and even to commonly create new trends. Knowledge of other languages, translation, European programs, traveling and media as well as common experiences in a Europe without frontiers, allow communication and easier interaction in the field of literature. Of course, the local element persists but it meets the global one, enriching it while being at the same time an integral part of it.