Nikos Koukis was born in Konistres, Evia, in 1964. He's a philologist and historian. He has worked in private education, at Doukas School since 1989, holding the position of the Senior High School Deputy Director since 2004. He has organized and participated as a speaker in numerous seminars and conferences dealing with historical, linguistic and cultural issues. He has successfully organised student conferences in Greece and abroad - especially in areas where there is a strong presence of Greek diaspora (Constantinople, Trieste, Nicosia, Naples, Belgrade) - in collaboration with cultural institutions - the Ecumenical Patriarchate, the European Cultural Center of Delphi, the Hellenic Foundation for Culture, the Numismatic Museum, the Hellenic National Committee of Unesco. 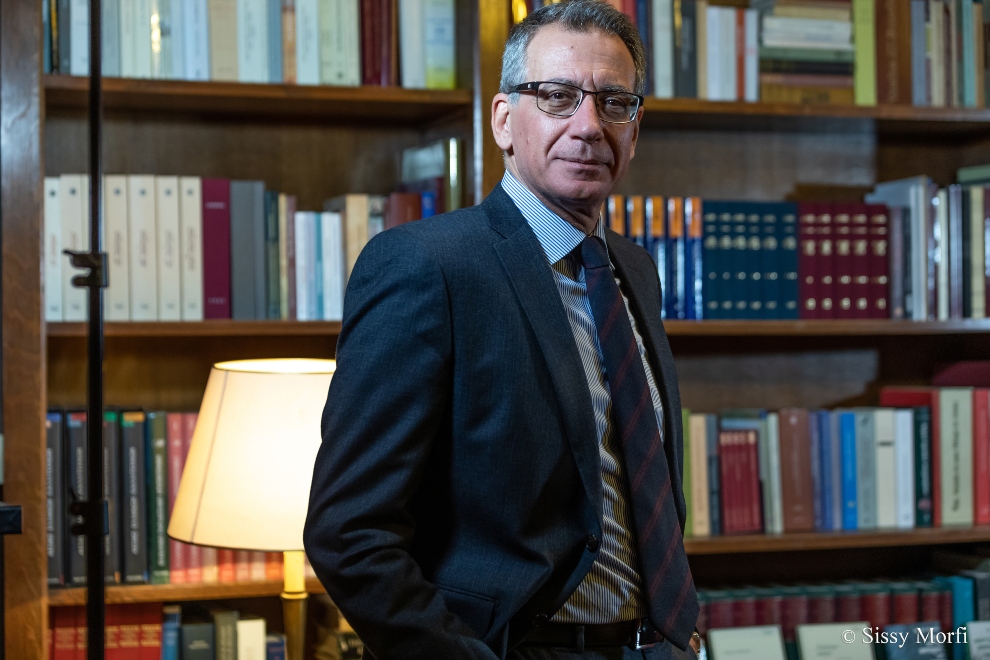 The Hellenic Foundation for Culture is the principal ambassador for the promotion of Greek language and culture beyond national borders. Since you have been at the helm, the Foundation has been quite extroverted in its actions and co-operations. Could you elaborate on these initiatives?

The Hellenic Foundation for Culture (HFC) was established in 1992 aiming to function as an extroverted cultural institution for the promotion of the Greek culture and primarily the Greek language. For over a year now, we have tried to develop a framework of actions and we have thus taken some initiatives that aim to redefine the course and position of the Hellenic Foundation for Culture within the international and domestic cultural environment as a reliable institution of cultural reference.

Within this framework, HFC participates in international book fairs, HFC promotes reading in cooperation with the Ministry of Culture. In addition, HFC recently organized the first international conference on ancient drama in cooperation with the National Theatre so as to promote classical arts, HFC organized an international οnline drawing competition, in collaboration with the Museum of Greek Children’s Art, titled “Children and adolescents artistically capture the meaning of Struggle of 1821”. The competition attracted entries from hundreds of schools from Greece and the Greek diaspora. HFC published a collective volume on 1821 War of Independence, which will soon be translated in Spanish and German, HFC also re-launched Greeklit, the new translation authorizing programme so that Greek authors and their work are disseminated abroad.

At the same time, we are strengthening the rich cultural programme of our branches, we are expanding our activities with reliable representatives in many cities abroad, we have re-established our branch in Tirana, Albania, we are making a fresh start with our branch in London, which we intend to re-activate soon, we have received a great museum study which HFC will implement in the Museum of the Filiki Etairia in Odessa, while we are interested – through the national recovery fund – to establish an extensive exchange programme for writers, translators and literary critics, so that the Greek culture becomes even more widespread and thus develop a new wave of philhellenism.

Finally, the Thessaloniki International Bookfair (25-28 November), constitutes a dynamic cultural event, celebrating German-language literature this year. Keynote participants from the German-speaking world, as well as from France, Romania, Georgia, and many other countries have been invited to the event. We hope that our new premises will soon be completed, to become a unique place for cultural activitiesin the former residence of the late Greek businessman Prodromos Bodossakis in Palaio Psychico. 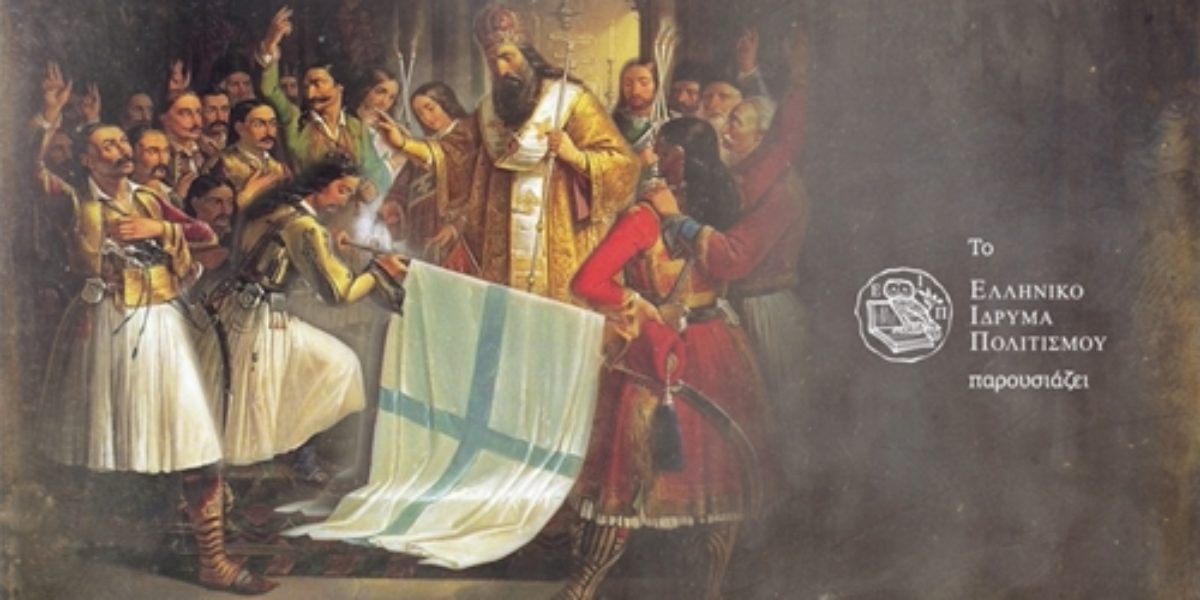 In an interview recently you stated: “Greek culture, does not need recommendations, but times are changing and it is more necessary than ever to strengthen our efforts in smart and modern ways to be in constant contact with the younger generation that searches for role models and indispensable social values”. Which were the main challenges you have been faced with in order to achieve this goal?

Indeed, the Greek culture needs no further recommendations, yet it is necessary to adapt our methods and our tools, to mainly approach the younger generation. Our main concern is to use modern technologies along with traditional methods in order to make attractive what many of us consider crucial, that is reading books to foster critical thinking, given that modern mass media, in general, and social media, in particular, have developed another environment, which, as many argue, is superficial. We along with the publishing world are therefore looking for new ways how to achieve this goal, how the e-book or the audio book could constitute a tool through which reading will reach younger audiences, enabling them to acquire reading habits and becoming connoisseurs of texts in alternative ways. At the same time, interviews of great thinkers of philosophy, education, science, who have charted their own path, are organized once a month, while with our new programme HFC Delagate Awards we reward the effort of younger– but also older – people who are engaged in “Greek cultural matters”.

2021 is a historic milestone for Greece, marking 200 years since the outbreak of the Greek Revolution in 1821. How did the Hellenic Foundation for Culture participate in the celebrations?

The Hellenic Foundation for Culture has actively participated in the peak moment of our national self-consciousness, that is the 200 years since the establishment of our national state. It published a collective volume titled “11 historians discuss the Revolution of 1821”, with a series of presentations that took place at our headquarters freely available on YouTube, it co-organized together with the General State Archives and the Hellenic American Union, the artistic exhibition ΓΑΚ-Αrt at the HAU’s Gallery (open till the 18th of December) where modern artists are creatively engaged in the archival evidence of the revolutionary Struggle of the Greeks for Freedom, as well as a highly imaginative online drawing exhibition for children and teenagers, which artistically depicted the meaning of the 1821 Revolution, with the participation of hundreds of schools from Greece and the Greek diaspora.

We are also planning in early 2022, for reasons related to the pandemic, in cooperation with the Laskaridis Foundation, three conferences on 1821 that will take place in Odessa, Belgrade and Bucharest, while we prepared in cooperation with ERT the series “21 persons on the 1821 Revolution” which was broadcast on 25 March 2021 – the days around our national anniversary – presenting the views of 21 distinguished personalities of culture, letters and art on 1821. Last but not least, this year, the Thessaloniki Book Fair’s central theme is 1821, with numerous interesting debates, both online and live.

The Book Fair returns to its city of origin and Thessaloniki will once again become an International Book Capital from 25-28 November. Tell us about its central theme and the major events that will take place there.

We indeed return to Thessaloniki. Last year, the 17th Book Fair was organized exclusively online, but this year it will take place in its natural environment. In addition, we will take advantage of modern technology and the experience we gained so as to host a rich programme of online events. In fact, we are enriching our programme developing a second parallel book fair. This year’s central theme will be 1821 – on the occasion of the Greek Revolution – and the ongoing revolutions of books.

This year our children’s and teenagers’ corner will be strengthened with a rich programme aiming to foster a love of books. Promoting a love of books in young people, in students, constitutes a major concern for us. In addition, there will be debates on political life, democracy issues, the protection of human rights in times of the pandemic. Another important element will be to highlight the importance of classical letters in cooperation with the Department of Greek Literature of the Aristotle University of Thessaloniki, a choice of responsibility and sensitivity: the promotion of classical letters as the basis for the mental and spiritual development of man. German-language literature will be our honoured guest, with the participation of a number of major authors, as well as writers from France, Romania and Georgia – let as not forget that Tbilisi is the global book capital this year.

Apart from the 250 participations and the hundreds of events that will take place in Helexpo, the parallel, extensive programme of online events-debates that I already mentioned, we will also bring to the fore, in cooperation with the City of Thessaloniki and the Municipality of Makedonia, certain of the city’s landmarks where we will host a number of events, an expansion of our cultural programme throughout the city of Thessaloniki, so that the Book Fair becomes even more popular and beloved.

Which are the main challenges ahead for books in a digital era? How do you respond to these challenges?

During the pandemic, books, despite fears expressed, endured and we can say that publishing houses adapted to the spirit of the times and developed new tools for their promotion. There are many who talk about the digital book, the e-book or the audio book. I am of the opinion that books, in their traditional, print form, continue to be globally attractive. It’s one thing to read a book and quite a different one to read the news on your mobile. In this respect, I reckon that our major mission is to foster love for reading in any way we can. Of course, the social media may play a positive role; yet, the speed of the message, along with the fast communication among young people, may at times prevent them from reading bigger and more demanding texts and this is a danger that we have to confront. 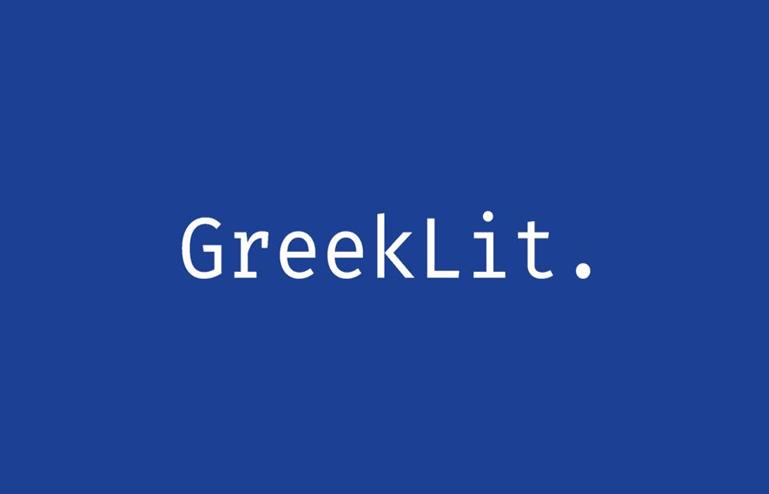 The new Translation Authorising Program Greeklit, constitutes a comprehensive portal for the promotion of Greek literature abroad. Tell us a few things about its scope and goals.

The new translation programme Greeklit, which we implement in cooperation with the Hellenic Ministry of Culture, constitutes a major tool regarding the promotion of the Greek book abroad. It’s been nine years since the previous programme ceased. In its new phase of operation for a month and a half, the evaluation committee chaired by Mr. Nikos Bakounakis has already approved 60 applications for the translation of either part or the entire books. Let me mention here that in order to approve a translation proposal, the credibility of the foreign publishing house is evaluated to ensure that it is interested not only in translating but also in promoting the book. In this way previous obstacles are overcome and we feel sure that a new favorable environment is developed for the promotion of our rich intellectual production. I am sure that this programme – which the book world so favourably welcomed – will be met with success, constantly achieving higher performance.

What about the Greek diaspora? What initiatives do you deem necessary in order to foster synergies with it?

The Hellenic Foundation for Culture obviously refers to the Greek diaspora as well. Its main mission is the dissemination of the Greek language and the Greek book. Within this framework, we can help on our part wherever we have headquarters, branches and representatives, to attain this common cause. I believe that in order to strengthen our forces, we need the cooperation of all those who activate in this field in order to achieve the best possible result. The Greek Embassies, Diaspora Associations, Greek schools, the HFC’s branches and most of all the General Secretariat for Greeks Abroad should cooperate more efficiently, overcoming the weaknesses that hampered us in the past.

Could the Hellenic Foundation of Culture contribute to help build a positive for Greece around the world? What initiatives are planned in the near future in this respect?