POEM OF THE MONTH: ‘Absurd Athlete’ by Yannis Kondos

Yannis Kondos is regarded as one of the strongest and most resilient voices of the so-called generation of the 1970s, that saw Greek poets moving towards more metaphysical, personal spheres from where rapid social changes are often observed. A poet representative of the big city, where tensions are concentrated and where the sparks of human relations are kindled, he focuses on the pressure, the isolation, the anxiety and the alienation that afflict society and devour its living fabric. 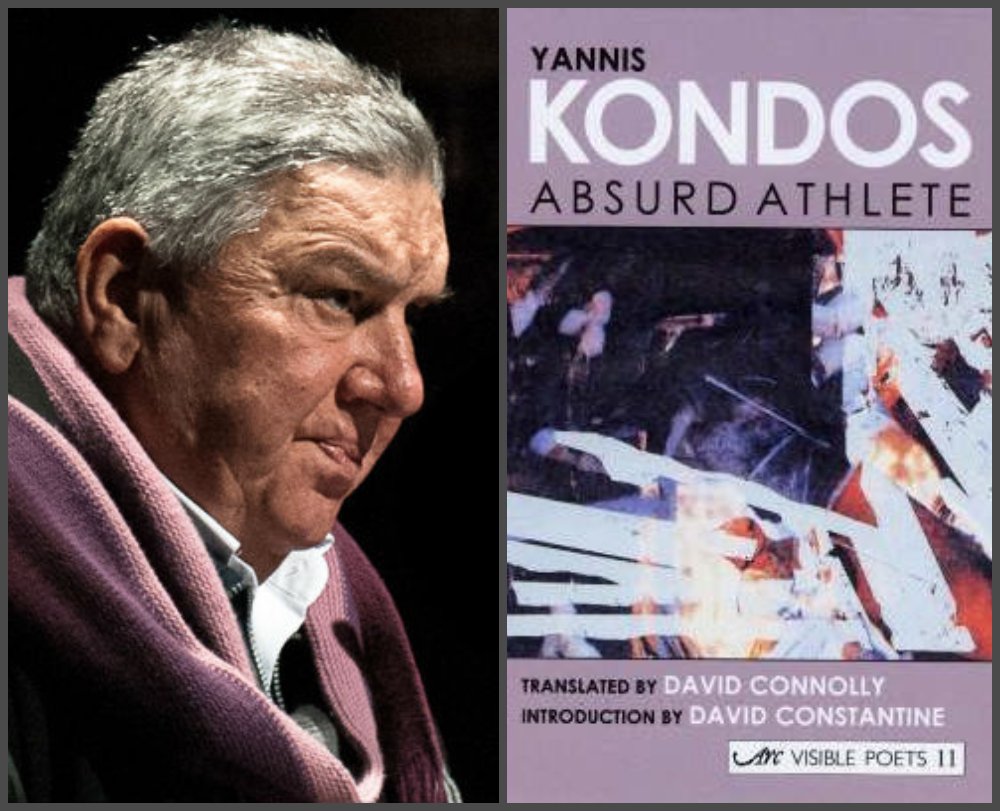 In the words of Paschalis Nikolaou, “Kondos’s poetry trails the diaspora of experience in hectic city routines, lingering on commonplaces, going for the openings when life coincides with its reflection. His work is distinctly synaesthetic and the surreal quickenings he injects to his warm, colloquial language help to arrest the reality behind life’s absurdities, arriving time and again at the everyday recognitions that already are the stuff of poetry”.

Running. Running with a headwind.
He skirts mountains, lakes cities. Difficulties
one after the other. Fires, wars, grumbling, families.
[...]
And he runs and runs, while his fellow athletes
have finished and carried off the prizes
and acclaim. Alone, he runs
time's cycle.
[...]
he smiles and thinks of escaping, of flying away.
But it's not possible, he's programmed
for that role. The role of the runner
with an unknown finish...

Absurd Athlete, Kondos' tenth collection of poetry for which he was awarded the State Prize for Poetry in 1998, is a beautifully balanced work - moving, funny, lyrical, ironic, painful - made available to a wider readership in David Connolly's superb English translation. Finding 'traces of eternity' in 'the momentary triumph of a human shadow', Kondos’ poetry is born out of the minutiae of everyday life, artfully concealing life's anguish without denying its joy.