BOOK OF THE MONTH: ‘General Symptoms’ by Takis Kampylis

Νominated for the European Prize for Literature 2022, General Symptoms by Takis Kampylis is a novella about the dystopia we are faced with due to the pandemic – although the virus is not specifically named – and as a result of the economic crisis, which was at the same time humanitarian, aesthetic, cultural and a crisis of identity. Against such adverse conditions, the writer meaningfully aims to talk about people who seek redemption at a time that there are no easy ways out and all escape routes seem closed. 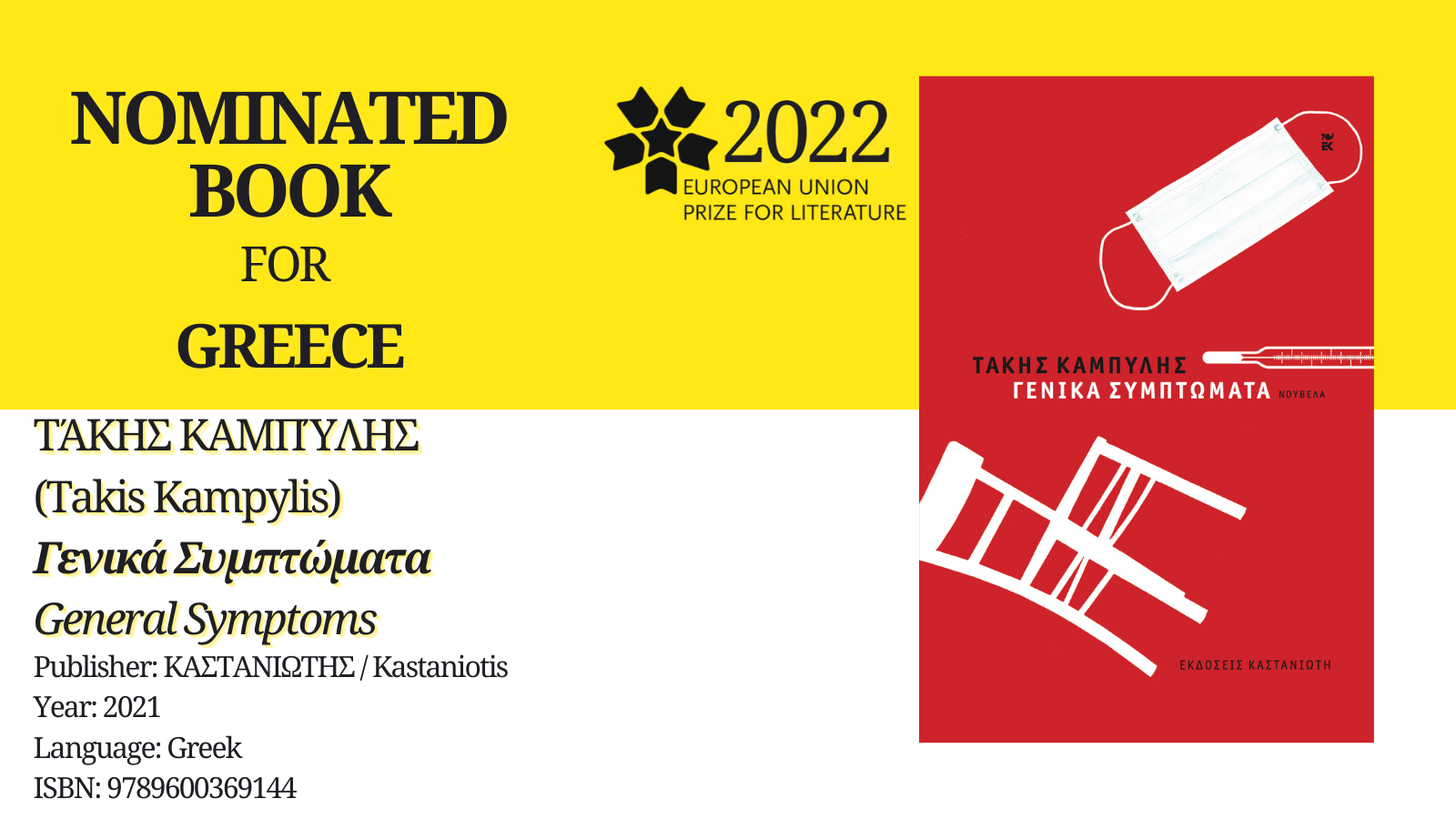 Five characters, one story: the unknown Greek volunteer at the vaccine experiments, the angry son of the bankrupt merchant, the bedridden mother, the clumsy coffee maker and the unemployed, ambitious journalist. Their footsteps seem ordinary, everyday - like the general symptoms of a virus, which we evolved with as we emerged together from caves to savannahs, fields and cities. All five heroes, in the midst of the pandemic, get caught up in a "good guy" civil war that breaks out in a neighborhood in Athens, with all the aftermath: the amortization of people, motivation, and other assets. All five become protagonists of the same murder. A novel of monologues, where everything - even crime and self-sacrifice - is done in the most conventional way: without the will of the perpetrator or with the wrong victim...

Takis Kampylis was born in Nafplion. He started his career as a journalist at "Nea" in 1986 as a reporter and later as editor-in-chief. In 2006 he worked as managing editor at "Eleftheros Typos", and then at "Kathimerini" from 2007 to 2010 as a contributor and columnist. From 2010 to 2014, he was general manager of the municipal radio station of the Municipality of Athens, "Athens 9.84". He has published two novels: Giants and beans (Kastaniotis, 2019)  and General Symptoms (Kastaniotis, 2021).

The European Union Prize for Literature (EUPL) aims to put the spotlight on the creativity and diverse wealth of Europe’s contemporary literature in the field of fiction, to promote the circulation of literature within Europe and to encourage greater interest in non-national literary works. The Prize competition is open to 41 countries currently involved in the Creative Europe programme. Each year, national organisations in a third of the participating countries nominate potential winning novels, making it possible for all countries and language areas to be represented over a three-year cycle. Despite selecting one overall winner, all nominated authors will be continuously promoted on a European stage, aiming to reach a wider and international audience, as well as connect with readers beyond their national and linguistic borders.