The CENSUS may be called the ‘iTunes’ of modern Greek literature, because the indexing in the project allows readers/users of the website to delve deep into the contents of collective volumes or issues of journals, and to discover there the individual works (translations or studies) — each literary work or study listed with its particular author, the translator(s), and its precise range of pages. The CENSUS stands alone as an independent platform, but it also provides links through to standard databases, such as the catalogues of the Library of Congress, the National Library of Greece, the international VIAF.org organization. Furthermore, wherever possible, links from the entries on the CENSUS website lead directly to online sources where the actual texts (translations or studies) can be found and read.

Reading Greece spoke to Professor Dia Philippides, Professor Emerita, Department of Classical Studies, Boston College, who compiled the original version of the CENSUS and currently runs the project with a team of international collaborators, about its scope and objectives, its various sections as well as its short and long-term initiatives.

The CENSUS was recently launched aiming to facilitate access to Greek literature for speakers of English. What’s the story behind this so ambitious project?

The ‘CENSUS of Modern Greek Literature’ has a long history. The CENSUS began in response to an expressed need in teaching. In the early 1980s, George P. Savidis, the first incumbent of the new George Seferis Chair of Modern Greek Studies at Harvard, planned to introduce a course on modern Greek literature to the university’s Core curriculum. At the time, sufficient bibliography was lacking, especially regarding sources -- English translations of primary works and related works of criticism and interpretation available in English. Working then as George Savidis’ junior faculty colleague, I undertook the challenge of compilation, assembling for that purpose a team of Harvard students.

In 1985 the transition to a new teaching position brought the CENSUS along with me to Boston College. In 1990 the CENSUS of Modern Greek Literature (the title is an acronym for Check-list of ENglish-Language Sources Useful in the Study of Modern Greek Literature) appeared as a print monograph of 250 pages, published by the Modern Greek Studies Association. We originally used the term ‘check-list’, as we felt like neophytes in comparison with true bibliographers, such as Dimitris Daskalopoulos or Evro Layton.

A significant landmark for the CENSUS came in 2016, with a new collaboration with the Boston College Libraries that lasted for two years (2016-2018). During that time, the basis was set for the development of a custom-designed database and website for the CENSUS, starting with the section that is now completed: “Greek Authors 19th-21st centuries”. With my retirement from Boston College in 2018, the CENSUS became independent, seeking new partners.

I have been remiss in not mentioning until now the current core team of colleagues that has been contributing to the CENSUS longer-term in Boston: Wim Bakker, Professor Emeritus of the Department of Byzantine and Modern Greek Studies, University of Amsterdam; Ben Florin, Senior Library Applications Developer in the Boston College Libraries; Peter Klapes, Boston College M.A. in Philosophy. With the combined contributions of these (and other) colleagues we completed the “Greek Authors of the 19th-21st centuries” section online, and in April 2022 we opened the website to users. I use the term “we” intentionally: such a large multi-faceted project depends on the good collaboration of many contributors from distinct disciplines and on vital support from outside sources.

What about the scope and main goals of the project?

In its prospective audience, the CENSUS aims to function as a standard work of reference for students and faculty in Modern Greek Studies, as a guide to translators, and an innovative resource for libraries building collections in Hellenic Studies. It also hopes to attract greater numbers of scholars (in other disciplines), editors, publishers, and general readers everywhere in the English-speaking world to the contemporary literature of Greece.

Tell us a few things about the “Greek Authors 19th-21st centuries” section.

This section, the first on the new CENSUS website, includes references to 800 Greek literary authors (in approximately 7,000 entries). The timespan covered coincides roughly with the 200 years since the Greek Revolution of 1821 that led to the foundation of the modern Greek state – a bicentennial richly celebrated worldwide in 2021. The CENSUS team aims (now) – initially -- to share our record of the literary production of Greek literary authors during these two centuries, and – thereafter -- to broaden out from there, into other aspects of modern Greek literature of interest to speakers of English.

For each of these authors we record references to his/her works that have been published in English translation and to related works of criticism and interpretation that have been published in English. For each author we can provide visualization in the form of counts and as a timeline presenting the works ‘by’ and ‘about’ him/her. The underlying data is available in our database, and we hope soon to be able to present further visualization in the form of maps.

We note that the first presentation of the website (April 5, 2022), with the launch of the “Greek Authors 19th-21st centuries”, was sponsored by the Aikaterini Laskaridis Foundation among its activities within the framework of the ‘Initiative 1821-2021’ (protovoulia21.gr) for the celebration of Greece’s bicentennial in 2021.

A video of the first presentation will soon be posted. 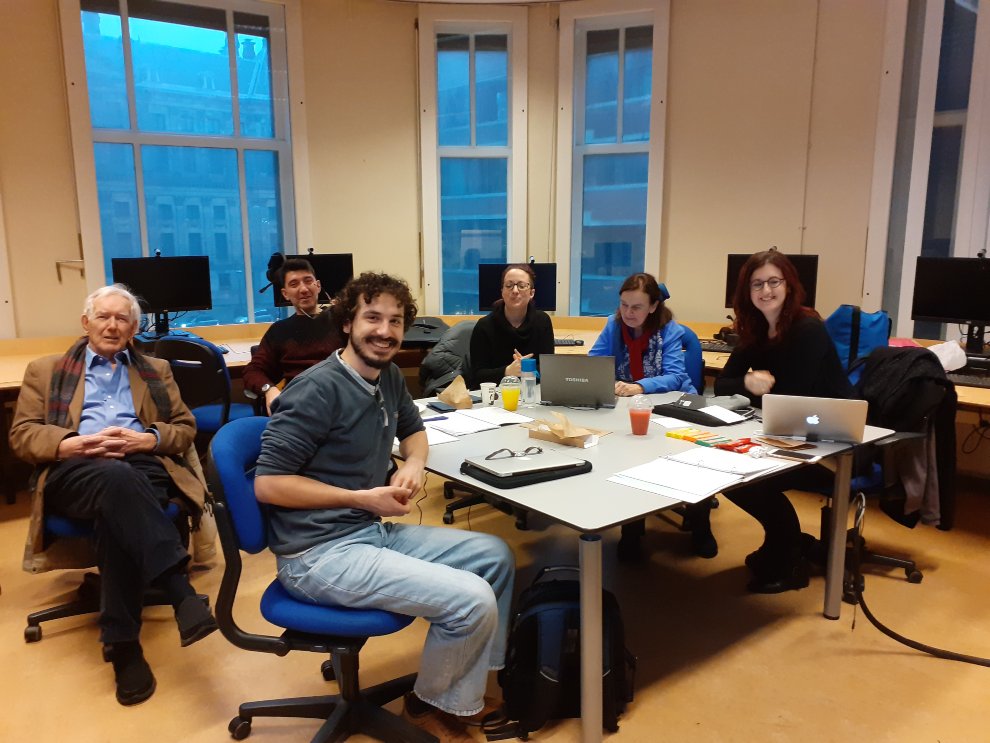 What is to be expected by CENSUS both in the short term and the long term?

The next section for data-entry and posting on the CENSUS website is “Literary History 19th-21st centuries”. This new section provides the background — theoretical and actual — against which the individual Greek literary authors of the 19th-21st centuries should be viewed.

Then will follow the rest of ‘Literary History’ (general works — in English — on modern Greek literature from the 12th century to today, and also the texts and studies of early modern Greek literature, up through the 18th century). Finally the two last sections will follow: Anthologies and Bibliographic Sources. We must note that we already have the (huge) collection of CENSUS references organized in book format, and we hope to publish the collection as a book, in tandem with the CENSUS website.

In the longer term, we aim at a panegyric release in ca. two years from now, of the full CENSUS. Up to that time and during the years immediately thereafter, we shall continue to promote collaboration and issues of sustainability, so that the project may become secure to last and continue to expand far into the future. 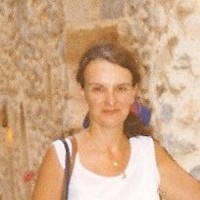 Dia Philippides, now Prof. Emerita from Boston College, was born in the US of parents who met doing war relief in Greece in the mid-1940s, graduated from high school at Pierce College in Athens, and then completed undergraduate studies in Applied Mathematics at Harvard and a doctorate in Classical Philology at Princeton University. Her first teaching position was at Harvard (Lecturer and Preceptor of Modern Greek Studies, 1978-1985, in connection with the new George Seferis Chair of Modern Greek Studies in the Dept. of the Classics), her second at Boston College (Dept. of Classical Studies, 1985-2018, where she became Full Professor and for five years held the title of Research Professor). She has published books on the metrics of ancient Greek tragedy and computer analysis of literary works of the Cretan Renaissance (chiefly The Sacrifice of Abraham and Erotokritos). Her longest-term project is the ‘CENSUS of Modern Greek Literature’, an international collaborative bibliographic work, discussed in the present interview and still a ‘work-in-progress’, though new results were recently launched online.