Nikos Kourmoulis studied Sociology at the University of Liverpool. He has worked for over twenty years in newspapers, magazines and the radio. He works as a cultural editor in the newspaper "TA NEA". The short story collection [Stillness] is his first writing venture. 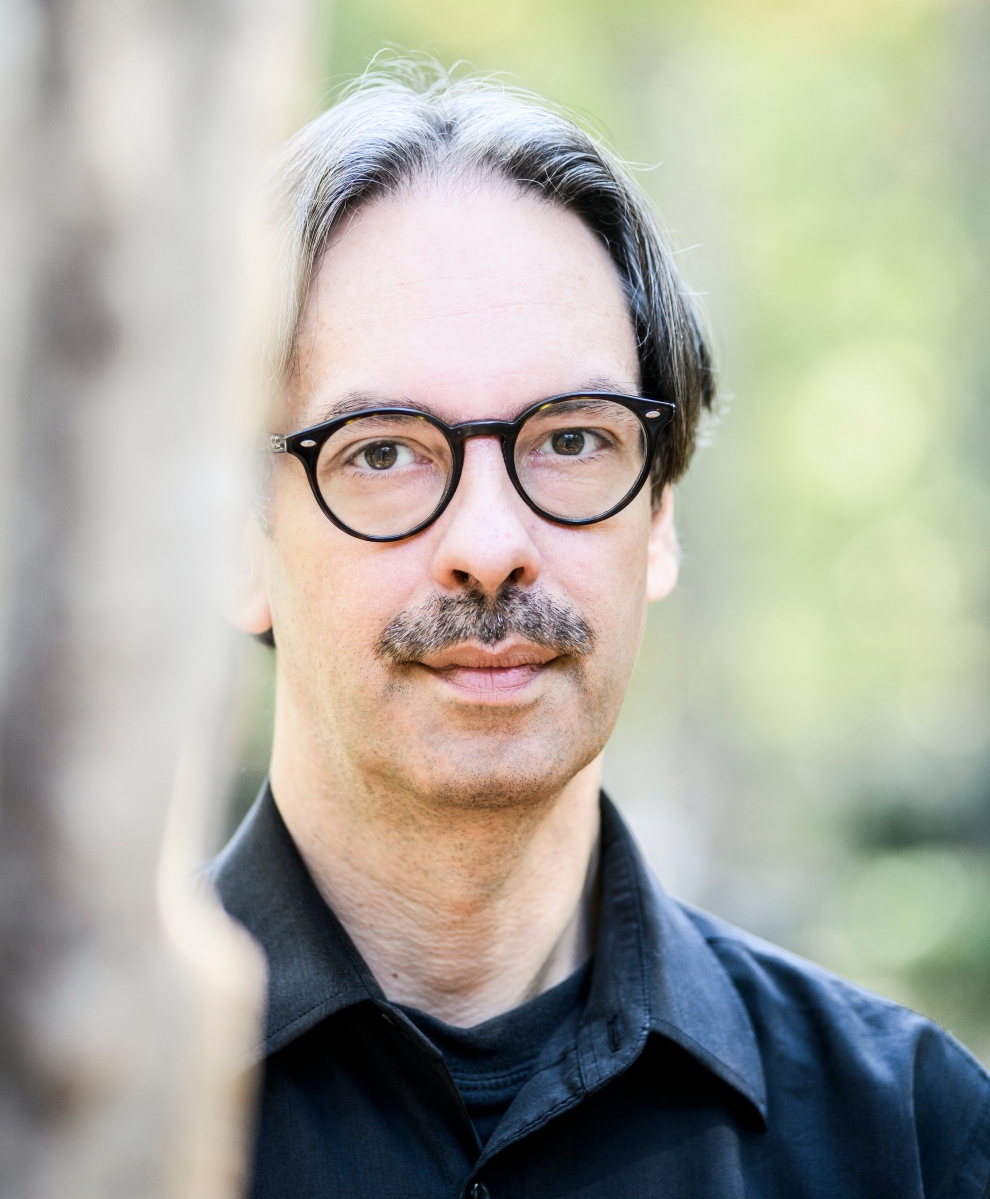 Your first literary writing venture Άπνοια [Stillness] was recently published by Keimena. Tell us a few things about the book. Could you elaborate on the the title?

Stillness is a collection of eight short stories, which I have been writing systematically for the past four years. It took me a while to come up with the short story form. It happened when I was able to clearly hear the voices of the protagonists, who were asking for their autonomy. I'm very interested in everyday people, those who live and breathe on the fringes of society and not those who are in the forefront. Their inner journeys, their needs, their passions and their faults. The "noiseless" people who, however, have more essential things to narrate about our fluid era. I placed the characters in the near future, because this allowed me to free them from the context of the present and thus enable them to talk more comfortably about what hurts them.

In the first place, I was looking for the bridge that would act as the binding thread of the stories. And how this would be achieved by the title alone. If I don't have a title, I can't proceed with writing whatever text. Looking over my notes again and again, I also recalled my own feelings. I ended up with Stillness, because it captures the existential condition of everyday life around me. A feeling of dead end and at the same time an internal mobility towards a new narrative. Meanwhile, the climate change that completely overturns existing living standards (prolonged drought on the one hand or unbearable cold on the other), was constantly on my mind. As for the cover, we chose a painting by Yves Klein, which elliptically conveyed these feelings.

In her review of the book, Eugenia Bogianou commented that you “created fluid and evolving heroes, characterized by complexity and ambiguity. But also by an ‘apnea’, a stillness that seems to permeate all aspects of their lives until an unexpected event forces them to move outside their protective shell”. Which are the main issues your heroes are confronted with? Which are the main issues you delve into through your characters?

I would like to thank Eugenia Bogianou for the comment. Indeed, we live in a complicated world. At least in the metropoles where my narrative unfolds. The moral dilemmas of the early 20th century still concern us today in a different way. Back then, everything moved along the Good-Bad axis. Today such notions have become more fluid. We are many things, like hopefully the characters of Stillness, and not a singular ecosystem. What prevails in the environment we live in is impulse, an uncontrollable temper, a “instead”, identities, violence etc. Plus, we are entering the metaverse universe; that is, contradictory concepts and feelings since most certainties have collapsed and are trying to be established from scratch. That’s where the characters of the books are built and despite the complexity, I looked for something simple at their core: to find their dramatic need. What governs their existence. The traumas that define them.

The characters are overwhelmed by tensions. Sharp objects that have been sewn inside them over the years and still bleed. They try to do the right thing and most of all to see what right means. Is there substance or is it yet another title? What does love or loss mean, and how are they formed? In order to lead them to the small revelation they are looking for, each short story is mediated by an external "abnormality" in the daily flow of the characters: a random shift change, an earthquake, an unexpected news, a sudden memory lapse, the discovery of a corpse, etc. Thus, time flows elsewhere and the characters of the book follow it to see where it will take them. They enter their dark spot and make a new compass. Which will either make them live differently, or bring them to the brink of dissolution.

Your stories are set in a dystopic multicultural metropolis of the future where roads have no names,while your heroes seem to exist outside time, they can be met everywhere, anywhere anytime. What purpose does this choice of yours serve?

Stillness suggests possibilities, insinuations and disruptions, which capture more efficiently the inner tension of both the characters and the plot. A dystopian style, as well as other readings, follow as a result of psychic changes. When I write, I tend to start from one point only to end up to different other. I avoid making up my mind beforehand so as to avoid any kind of ideological engagement. I insist on the spontaneity of things, I let the characters lead me into their environment. Which, in the book, is a big metropolis, let's say Athens. Which we see a few years later be called “Clepsydra”. Because in an everchanging society, the characters don’t have much time to act. Of course, “Clepsydra” is multicultural like all major capitals. It breathes through the mixing of the streams of its inhabitants.

As I was writing the first few lines, I thought that we already live in a hyper-communicative digital universe. The characters in the book, even more so. The memory of people weakens and tends towards oblivion. Sometimes they claim it, but either they don't really care, or they rudely retract it. In contemporary everyday life, the first thing we necessarily remember, even before our name, are passwords. In the short stories, these codes are the usernames of the streets.They mean so much more than a classic name. They have gained practicality for another reason: the characters live only in the present. The past is only an experience. They look back when they reminisce. But they aren’t really aware of it. In "Clepsydra", everything is renewed, not necessarily in the right direction. But passwords are gateways. Heroes still choose to be "proportionate". Their passions leave them no other room.They are on the fringes of development. The main body of the social framework has rejected them, but they have also rejected it. You can still meet them today, in many countries. Their basic feelings have not changed. They struggle to find their meaning and this is timeless. 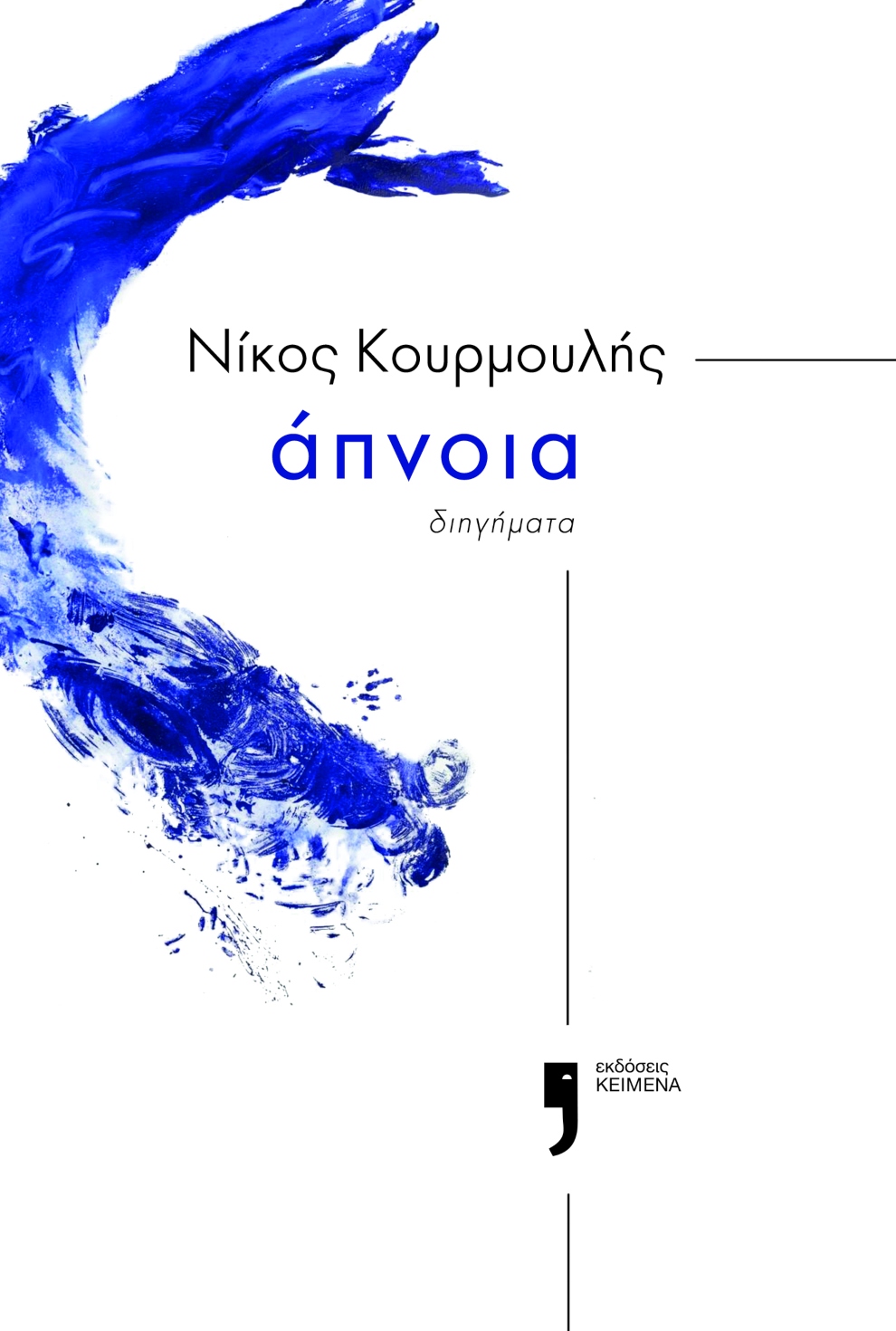 What about language? How crucial is its role in depicting the inner labyrinthine paths of your literary characters?

Language is everything in a book. It is its Ark. I often feel trapped by language, because it knows me too well. Language brings out all your weaknesses and at the same time it can take you where you couldn’t even conceive on paper. I have worked hard on language. Initially in audio format. I tried to listen to each character’s words individually. The way they articulate their thoughts. The way they use speech to get where they want. And, at the same time, what they cannot bear to express. Because language includes gestures, silences, facial movements, ways of walking etc. The way each character talks is what allows him/her to have potential, to develop. I was interested in a language that is varied. Some characters speak more sharply, others are more wordy, aggressive or soft. It depends on where they come from and what their psychic condition is. That is why there are both folk and more scholarly elements in the language I chose. At a second level, I tried to depict the inner labyrinth, as you say. Language should follow the characters’ mood swings and to give shape to the challenges that await them. This is way I wanted to be specific and at the same time centrifugal. To step on the concrete and to discover the association.

In the era of online communication, what role do the social media play in the way people read and write?

The way we read is changing. Information accumulates often at the expense οf real knowledge. Which requires effort and research. Scrolling has largely replaced page turning. The internet user usually absorbs news headlines or articles rather than their actual content. That said, due to the many obligations of the average citizen during the day, the speeds of everyday life, free time is limited. Books, like any artistic creation, though, still requires time. Thus, numerous publishers turn to books that are easily digestible and simplistic. Aiming to fit in the minimal space available to the reader.

There are still many unsolved issues to delve into. Because art aims to make people think and not just entertain themselves. The form of speech on social media, and especially on facebook, is mainly self-referential. Especially in Greece, users have an opinion about everything, based on which they interpret things that surround them, even the artistic content of a book that they may be unaware of.This Ego that judges everything has influenced the writing process to a certain extent. This is how we see, for example, titles being published that are more or less autofiction. Experience is their starting point and a means to itself.

Fake news circulating on social media has also played its part. Several young people in particular have identified them with fiction. Which is wrong, because they are completely opposite acts. Still, the paper holds up. And the book survives because it has the ability to be a timeless object. It is the battlefield of the values ​​of human adventure. The various online reading groups have played an important role on a global scale in saving reading. That said, an author even today cannot stop writing stories. Each of us has at least one inside him/her. Words always find a way to communicate with what we have forgotten, confront our passions and unlock our desires.

How does Greek literature converse with world literature? Where does the national/local interweave with the global?

Greek literature, starting from the end of the 19th century, has undergone various phases and acquired numerous expressions. It cannot easily be classified and has several discontinuities. It is usually separated by years and generations. Something that is still being used although it is obviously outdated. Τhe element that still prevails is History. In Greece, most things contain History as a field of political opposition, healing or as a means to bring passions, divisions and aspirations to the forefront. In this respect, Greece may have followed the new literary trends (let us not forget that numerous Greek writers lived in Europe for years), but these trends were incorporated only in part and to certain hosts. A case in point in terms of concurrency with foreign trends is the movement of surrealism.

From then on, both the particularities of national identity building and the three milestones of modern Greek History (Occupation, Civil War, Dictatorship) played a pivotal role in Greek literature. This doesn’t mean that there were no writers who, from time to time, used new expressive tools, promoting a special morphology and whose influence mostly on new writers was noticeable. In recent years, new challenges, both at a social and an individual level, have shaped new approaches to writing. Greek literature has turned its «lens» towards the inner self, going deep and asking questions from the past to the present and vice versa. New writers see even more pressing the need to connect with Europe, to be translated (something terribly missing) and to share their thoughts in the international environment.