On the occasion of the Tirana Book Fair 2022 (16-20 November), a meeting point for writers, poets, translators and readers, Reading Greece spoke to Sofia Deligiorgi, Head of the Greek Language Department of the University of Tirana, about the initiatives undertaken at an academic level for the promotion of Greek language, literature and culture in Albania, the ‘elective affinities’ between the two countries and cultures, and the crucial role of Modern Greek Studies Departments in the promotion of literature beyond national borders. 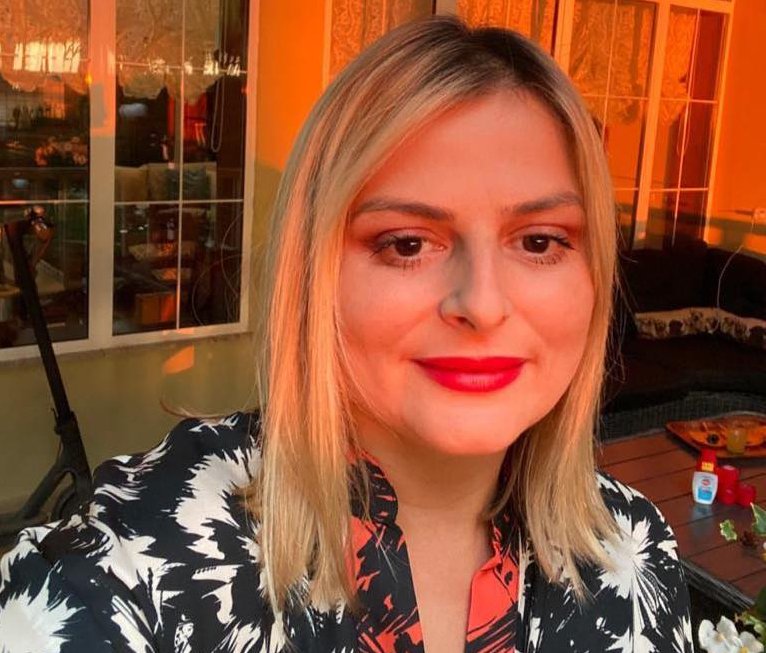 You are Head of the Greek Studies Department of the University of Tirana. Tell us a few things about your academic involvement in Greek culture and language.

I am an Associate Professor and Head of the Greek Language Department, Foreign Languages Faculty, of the University of Tirana. In recent years, I perform my duties both as a member of the Senate of the University of Tirana and Head of the Standing Committee for the Awarding of the Scientific Title "Doctor". I have twenty years of work experience as a teacher and researcher in the field of the Greek language, while at the same time I was also the Head of the Balkan and Slavic Languages Department. In 2018, this Department was upgraded to the official chair of the Greek Language Department.

My teaching and research areas include: linguistics and communication (Morphology, Lexicology, Dialectology, Tourism Intercultural Communication). I have participated in many national/international scientific conferences, programmes both in Albania and abroad, as well as in research programmes in ​​Dropull, Sarandë, for the collection of dialectal and folklore material of the area, a project that has been funded by the Alexander S. Onassis Benefit Foundation Foundation (2015) [DIALECTOLOGICAL FIELDWORK RESEARCH LN THE GREEK SPEAKING AREAS OF SOUTHERN ALBANIA].

In addition, as President of the Department, I maintain a teaching collaboration with the University of Sofia, ST. Klement Ohridski (Bachelor), with a cycle of lectures and a collaboration with the University of Turin, Italy, in the framework of the Erasmus+ programme. Finally, I am the author of the textbooks "My language 5" and "My language 6" for students of the Greek national minority in Albania, approved by the Albanian Ministry of Education of (2012) and responsible for editing the translation of the "Greek Contemporary Poetry Anthology in Albanian", a project funded by the Alexander S. Onassis Benefit Foundation.

Which are the main initiatives/ projects undertaken by the Department for the promotion of Greek culture and language?

At present, within the framework of the Albanian legislation, which adopted the Bologna Agreement for universities, it offers a three-year Bachelor's degree in "Greek Language, Literature and Culture", a Scientific Post-Graduate degree for “Teachers of Greek Language, Literature and Culture for secondary and tertiary education”, a Post-Graduate Degree on “Translation and Interpretation” and on “Tourism Intercultural Communication”.

In its 24 years of operation, the Department counts 500 graduates, while at the same time it has developed noteworthy cultural, scientific, creative and publishing activity inside and outside the country by developing cooperation agreements with important institutions such as the Onassis Foundation, the Greek Embassy in Tirana, the Greek-Albanian Schools “Arsakeio” and Protagonistes”,  the Hellenic Foundation for Culture, as well as  numerous Greek universities such as the University of Ioannina, the Aristotle University, the Democritus University and the Ionian University.

Summer courses have also been held for Greek language students at the University of Ioannina and the Aristotle University of Thessaloniki, as well as student and professor exchanges within the Erasmus+ programme.

Through the various proposals on both theoretical and practical issues, the aim of the Greek Language Department is to promote an image of the potential that modern Greek studies have around the world, how they are shaped locally in interaction with the societies where they are introduced, how we will be able to attract students who do not necessarily have roots or special ties with Greece, except for their love for Greek culture. 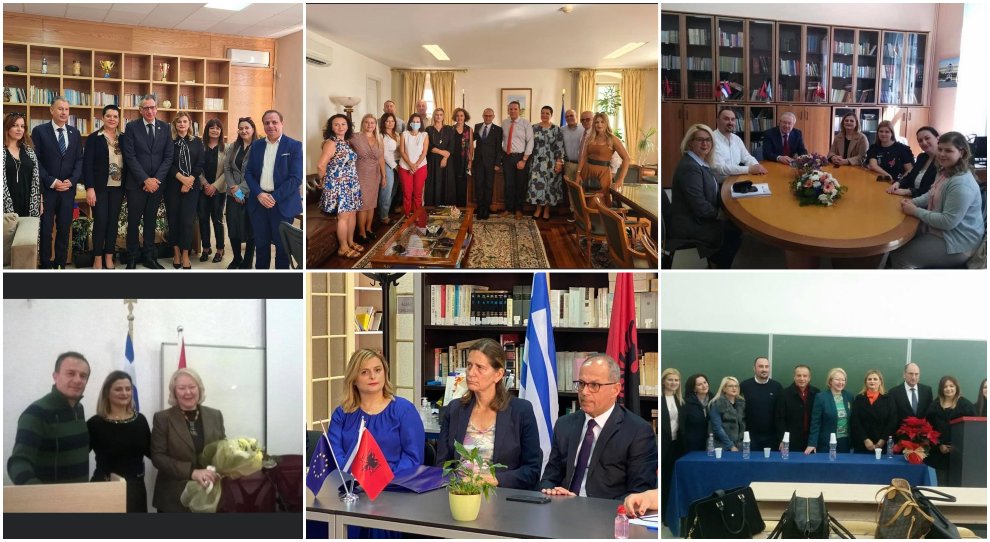 In 2021 you have signed a Memorandum of Agreement and Cooperation with the Department of Foreign Language, Translation and Interpretation of the Ionian University. How can such actions contribute to the development of scientific, cultural and social relations between the two Departments, and more generally between the two countries?

On 17/06/2021, the Greek Language Department of the University of Tirana and the Department of Foreign Languages, Translation and Interpretation of the Ionian University signed a Memorandum of Understanding and Cooperation with the aim of promoting international cooperation in higher education, research and innovation.

In the context of multilingualism and research or the need of the labor market for professional translators and interpreters in the Greek and Albanian languages, adding English as an international language, we proceeded with an undergraduate study programme titled “Translation and Interpretation in the Greek and English Language”. The programme will prepare translators for Albania, Greece, and beyond, since Albania has started negotiations for the European Union.

More specifically, we agreed on the conclusion and mutual encouragement of beneficial scientific, technological, educational and other relations, which translate into: student exchange and study abroad programmes, establishment of joint degree programmes, exchange of academic staff for the purpose of research, teaching and delivery of specific courses in the areas of specialisation, the establishment of joint research programmes, cooperation in educational or financial support activities funded by third parties, exchange of graduate students in the context of specific research programs or courses of special interest and gravity, exchange of scientific and educational bibliography produced by one or both parties, as well as exchange of material for relevant and up-to-date research topics and finally the organization of conferences, seminars and symposia of mutual interest for the two institutions.

We expect, always within the legislative frameworks of both sides, for a double degree, which will make this programme more attractive and affordable for our prospective students.

Albanian and Greek languages have always imported and exported from one another, while this linguistic and cultural interaction has both a diachronic and synchronic dimension. What is that unites the two countries both historically in the present?

There have certainly been linguistic exchanges between the two languages since both the Albanian and the Greek people are two of the most ancient peoples of Europe and have had direct and multiple contacts (historical, military, geographical, economic, political, linguistic, etc.) for at least 3,000 years. These contacts have reached their peak during the last two decades. In Albania there is a national Greek minority, which constitutes a vital bridge of mutual understanding, friendship and cooperation between Greek and Albania, while, at the same time, after the fall of communism in Albania in 1991, a large number of economic refugees and migrants arrived in Greece. In addition, the economic, military, cultural contacts, etc., especially the investments made by the Greek capital in Albania unite the forces of the two countries and use the advantages of the cross-border region to achieve benefits for both countries.

Sociologically, politically, geographically and educationally, on both sides of the border, there has been created a bilingual situation which requires and enforces the publication of Greek-Albanian and Albanian-Greek dictionaries, textbooks, bilingual grammar books etc. 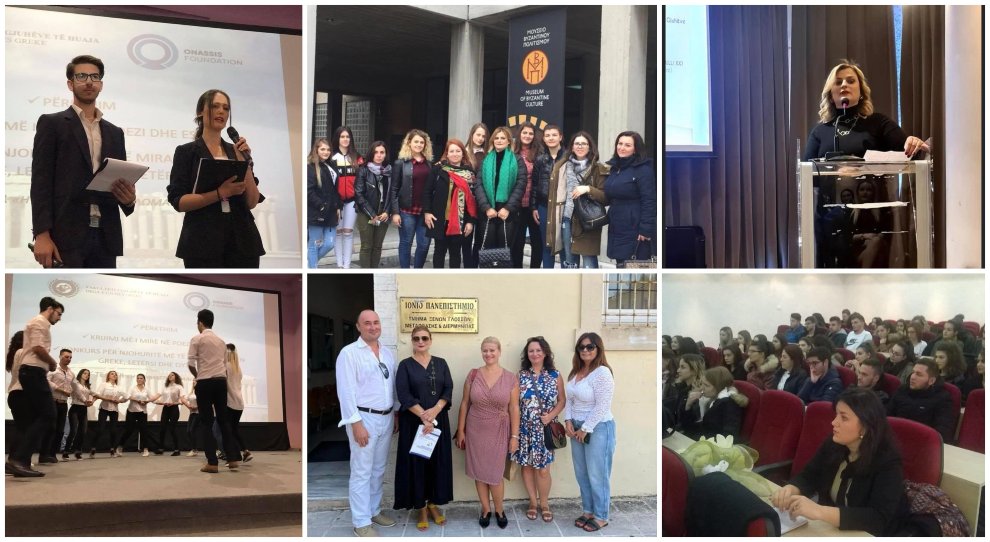 What about literature? In what ways does Greek literature attract the interest of an Albanian audience? And in turn, what is that makes Albanian literature appealing to Greek readers?

Delving into the history and culture of a neighboring country, with which there are several common codes vis-à-visculture, history, customs and traditions, may constitute a fertile ground for communication between the two parts. Greek literature attracts the interest of the Albanian audience because both well-known and emerging Greek writers depict a geographical, cultural and social landscape with which Albanian readers can discover “elective affinities”.

Accordingly, Albanian literature may attract the attention of the Greek public since through the pages of literary works, there are depicted, in a literary perspective, both timeless and current issues that concern the Albanian society, while also providing an exhaustive image of its nature, both historically and politically, culturally etc. In this way, it is possible to enrich the views of readers for their neighboring people and to create bridges of understanding.

Several Greek prose writers as well as known Greek poets have been translated. Albanian translations of modern Greek literature include works by various Greek writers, poetry and short story collections, as well as anthologies where some Greek writers are included. Overall, there are around 140 translated book titles in the field of prose, poetry and theatre, and 4 world literature anthologies that include various Greek poets and prose writers. From the 140 translated editions, around 80 works are prose (novels, short story collections), and 60 publications of Greek poetry, 6 poetry anthologies, 3 short story anthologies and 4 theatrical plays.

As for bilingual editions, there are nine poetry collections, in Greek and Albanian, of Odysseus Elytis, C.P. Cavafy and many Cypriot poets.

Is there a way for the challenges of integrating Greek literature in the international field to be met? What is the role of Modern Greek Studies in this respect?

The history of translations of Greek literature is undeniably long, as it begins already in the 19th century and covers most of major European languages ​​(let us mention as typical examples Nikos Kazantzakis, C.P. Cavafy, Giorgos Seferis and Odysseus Εlytis).  Today, however, although Greek literature continues to have a steady presence in important book fairs around the world, while events and conferences are organized with authors, translators, publishers, universities and journalists, the image of Greek literature abroad seems to be quite stagnant. Demand for Greek titles by foreign markets remains scarce so far.

In recent years, several well-known, award-winning literary works and writers have been presented to the Albanian reader through translations. I would say that publishers make a considerable effort not only to translate Greek authors, but also to present and promote translated works to a wide audience. By inviting the writers themselves and by organizing different panels and events with experts in all fields. Our Department always participates in such events either with professors who have a rich translation activity or through the participation of our alumni and students. Appropriate marketing strategies by a National Book Centre are necessary to dynamically promote the Greek book abroad. The existence of good translations has a decisive role to play in the promotion of Greek literary works abroad.

We are witness to a significant increase in the efforts of Albanian culture scholars to translate the elite of Greek culture into Albanian. In this respect, we can definitely say that the role of Modern Greek Studies Departments is crucial, since they provide the future translators, scholars and modern Greek literature professors. Through scientific research and teaching, philology students learn how to use the methods of approach and the tools of their scientific work, so that they can meet the requirements for publishing, analyzing and interpreting literary texts. Through these, it will be possible to familiarize the foreign reading public with classical and modern Greek literature.