Reading Greece: Zizi Salimpa on Small Independent Publishing Houses and their Emphasis on Content and Aesthetics

Zizi Salimpa was born in Athens. She studied economics at the Law School of the Aristotle University of Thessaloniki. She holds a Master’s Degree and a PhD in economic and social history (Paris I – Panthéon – Sorbonne). She has also pursued postgraduate studies in economics at INSEAD, specializing in international financial markets and labor economics. She was a senior executive in the foreign network of National Bank in the field of labor relations and human resources management. She worked at the Historical Archive and the National Bank of Greece Cultural Foundation. 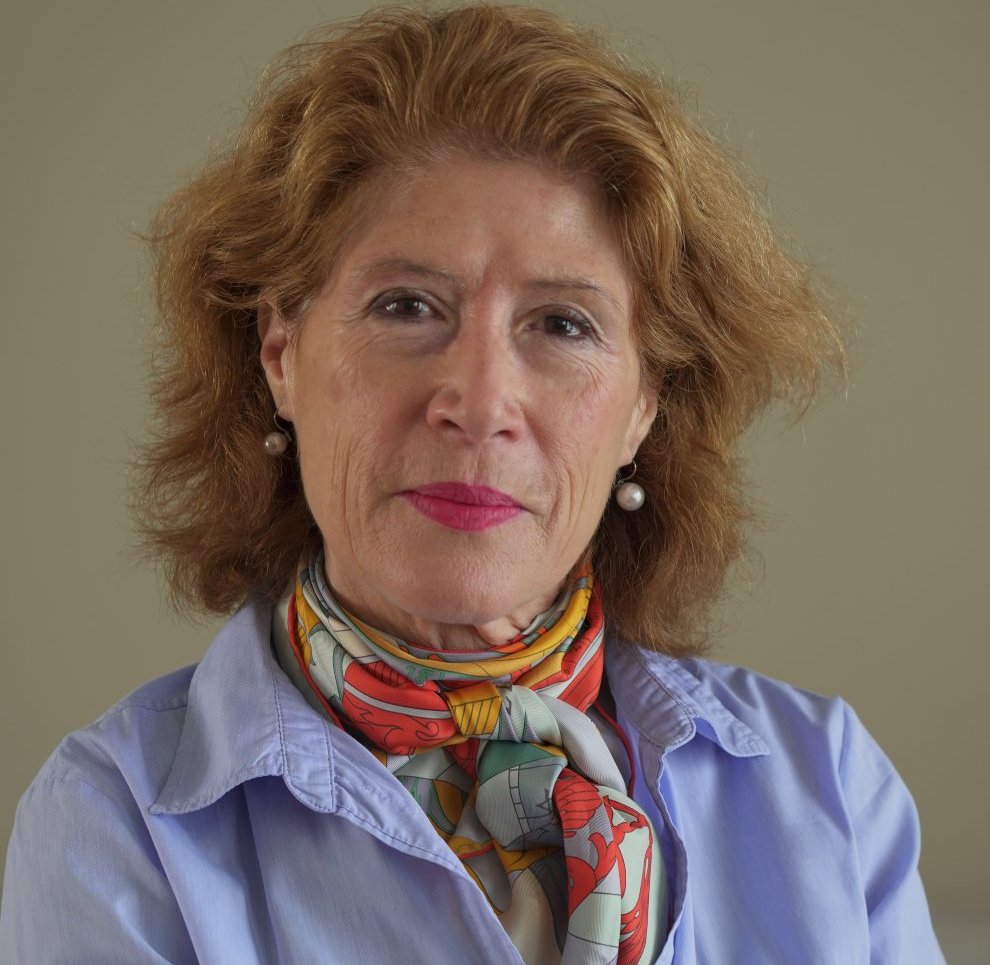 She has taught economic history at the University of Peloponnese, history at the Hellenic Open University and labor relations at the Post-Graduate Sociology Department of Panteion University. She has published articles and research papers in English and French. She has also written scientific books both in Greece and France, on economic and social history. In 2012 she founded Thines, a small independent publishing house.

Τhines is a small independent publishing house known for the high quality of its publications. How did you embark on such a venture? What is the story behind this publishing venture?

The creation and operation of Thines Publications constitutes a personal challenge, a step beyond my professional experience in the publishing market, in the Νational Bank of Greece Cultural Foundation, as an apprentice of Emmanuel Kasdaglis. At Thines we lay great emphasis on both the content and the design, that is the aesthetics of every book. Being a publisher is quite a demanding profession since it requires various distinct skills and knowledge. Above all, it requires love, dedication, passion for work and plenty of time. You have to trust your instincts and build solid working relationships with the people around you.

"We publish few, we publish the best", this is the policy of Thines. I reckon that time is an important element in publishing a book: time to read, because we read all the manuscripts that are sent to us; time to find new, fresh ideas and to develop exciting designs; time next to the author, to bring out his/her best self – writing, editing, proofreading; time to create the team that will frame the book for its design, illustration, typographic/philological and scientific editing where required; time to promote the book to the reading public, to the press, to bookstores. We stand by our writers and are proud of it.

Τo date, we have published 24 books and have received 4 awards-commendations by Greek and international organizations (EBGE award for O Δρόμος για το Αλταμόν [La Route d’Altamont] by Gabrielle Roy and Αστικά Δύστυχα [Urban Misfortunes] by Dimitris Gkioulos, IBBY Award for Ο Φύλλος [Fyllos] by Elena Glossioti, which was included in the White Ravens Books international catalogue in 2016), which certifies to the high quality of our books. 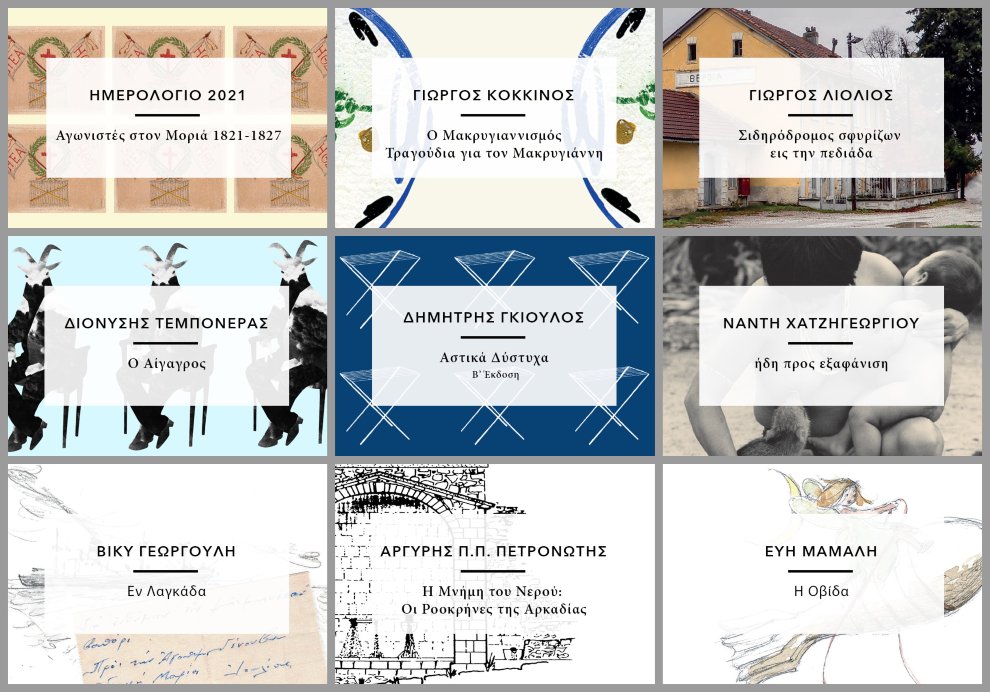 Literature is the core of Thines Publications. As for foreign literature, we pay particular attention to Francophone authors, with the aim of promoting them to Greek readers. We have already published Francophone authors such as Dany Laferrière, Pierre Loti and Gabrielle Roy. Emerging writers are of particular interest to us when they contribute to the circulation of fresh ideas and opinions with social impact. And I assure you that promoting an author's work to the wider public is a great challenge for us.

It has been argued that the recent socio-economic crisis has broken the ties connecting part of the readers with the choices and orientation of traditional publishers, creating an aesthetic and intellectual space that may certainly grow? In this respect, which are the advantages that small independent publishing houses have to offer?

What is impressive is the emergence of small, independent publishing houses during the crisis, which I reckon that are increasingly leaving their mark on the book market with notable publications both in terms of content and aesthetics.

Small publishing houses do not have different planning, market research and promotion departments, so additional costs are avoided. Proper capital management and awareness of business risks is an important issue for small publishing houses. The close ties of professional collaboration among partners create ideal conditions for the book. A prerequisite for the head of a small publishing house is to be familiar with the different kinds of books he/she publishes and to avail the respective theoretical tools and knowledge. As a publisher, I closely supervise all stages "from manuscript to print", “from printing to readers”. The aim is a book’s long life and not just its momentary commercial success.

2023 is expected to be a fruitful year for Thines publications. We are working feverishly on it. At the beginning of the year, we will publish in Greek the collective book Οsons la fraternité. Les écrivains aux côtés des migrants, edited by Michel le Bris – co-founder of newspaper Liberation and partner of Jean Paul Sartre in Gallimard Editions, and Patrick Chamoiseau– famous Francophone writer and essayist. In the book, thirty writers and artists from various countries narrate their personal testimonies on migration. Among them are Jean-Marie Gustave Le Clézio (Literature Nobel Prize 2008), Christiane Marie Taubira, former Minister of Justice, and the distinguished historian Pascal Blanchard. 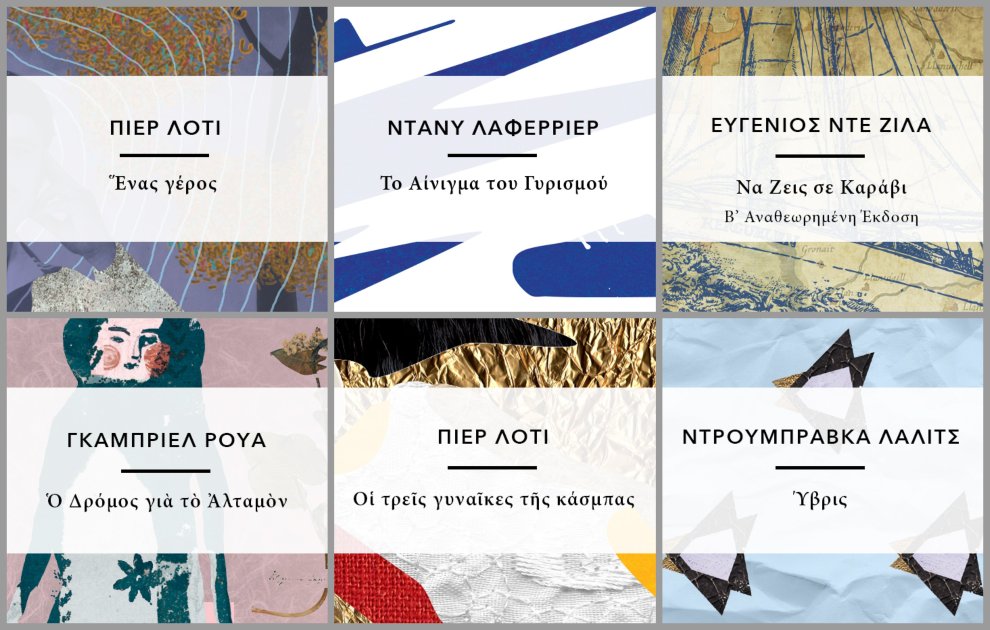 In the series of Francophone literature, Les Impatientes (Goncourt prize for high school students, 2020) by the Francophone, and famous for her struggles in favor of women, Djaili Amadou Amal from Cameroon, will be published. She is the first woman from Africa to receive this award, while she has also been awarded as the best African writer of the year 2019.

A novel by Giorgos Liolios will be published in the Greek prose series. In the poetry series, the books of Dimitris Gkioulos and Elina Afentaki are to be expected. Calliope Stara's book titled ζεστό, ζυμωτό ψωμί [warm, doughy bread] will enrich the Youth Literature series. Our project titled With a book, we travel on the history of Greek railways will continue. The project is based on Giorgos Liolios’s book Σιδηρόδρομος σφυρίζων εις την πεδιάδα. Η σιδηροδρομική ιστορία της Βέροιας [Α railway passing through the valley. The railway history of Veroia]. And, of course book presentations and events for books already published will continue unabated.

Let me make a common wish: that Greek books are published abroad under the best conditions!