What are the main characteristics of the poetic speech? How do female poets who often have an international education, who speak and write their poems in other languages, perceive and process the country’s literary tradition? And how do young new generations face the challenges of modern forms of communication? These were the main questions that Massimo Cazzulo, editor of the poetry anthology Voci di Donne Poetesse Greche d’ Oggi recently published by ETP Books tries to answer. 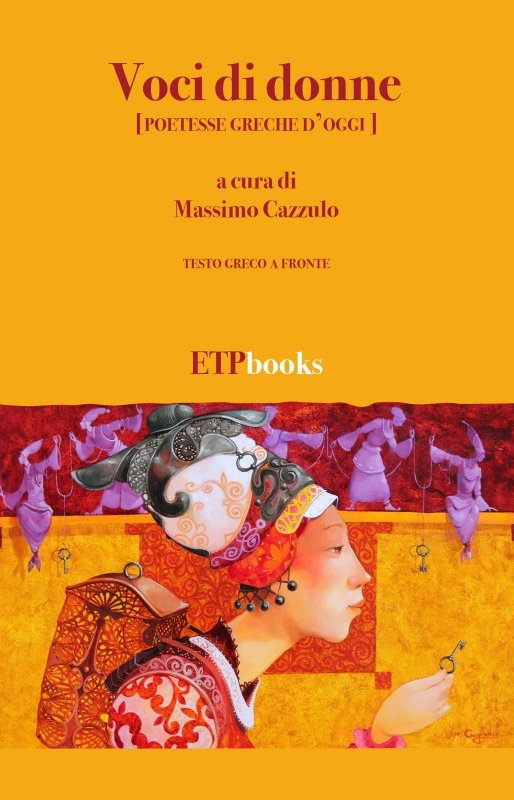 The anthology Voci di Donne is the continuation of Viaggio nella poesia greca contemporanea, which was published in 2020. Both anthologies include poets born from 1974 onwards and mainly those who appeared on the literary scene after 2000. Overall, 37 poets were presented for the first time in Italian translation. The decision to include in the anthology only female poets who have published their work since the last one or two decades constitutes a step further towards the knowledge of an interesting, original and still unexplored lyrical panorama; an extremely varied world in terms of themes, sensibilities and linguistic codes.

Indeed, the anthology aims to present to the Italian audience some of the most mature, despite their age, and original voices of the current lyrical panorama so that Italian readers are acquainted with the diversity and high quality of contemporary Greek poetry, previously known through major poets such as Cavafy, Ritsos, Elytis and Seferis. In the introductory note, emphasis is laid on the latest poetic and artistic trends in Greece, focusing on new themes and an original use of language by most of the female poets included in the anthology.

Τhe eleven female poets included in the anthology are presented in such a way as to enable the reader to delve into their poetry within the broader literary and ideological framework, with special emphasis on the use of language and expressive originality. “Choosing which female poets to include in the anthology was the most demanding and time-consuming process given that it was difficult to orient myself through this great richness of modern Greek poetry. Ireadalot, newspapers, book reviews, literary magazines, I discussed with scholars and writers in Greece, and finally chose the poems that in my opinion were the most suitable for the purpose of the anthology. Although I am aware that as many equally good female poets have been left out. But such are the anthologies”, Massimo Cazzulo told Reading Greece.

At the same time, the poetic production at least of the last decade enables us to come into contact with other arts: painting, cinema, theatre, music, since one of the most important trends of literature nowadays is intermediality, that is the hybridization of artistic languages, the mixing of various artistic forms, the interweaving of their expressive codes, producing an extremely interesting and original result that is definitely worth exploring.