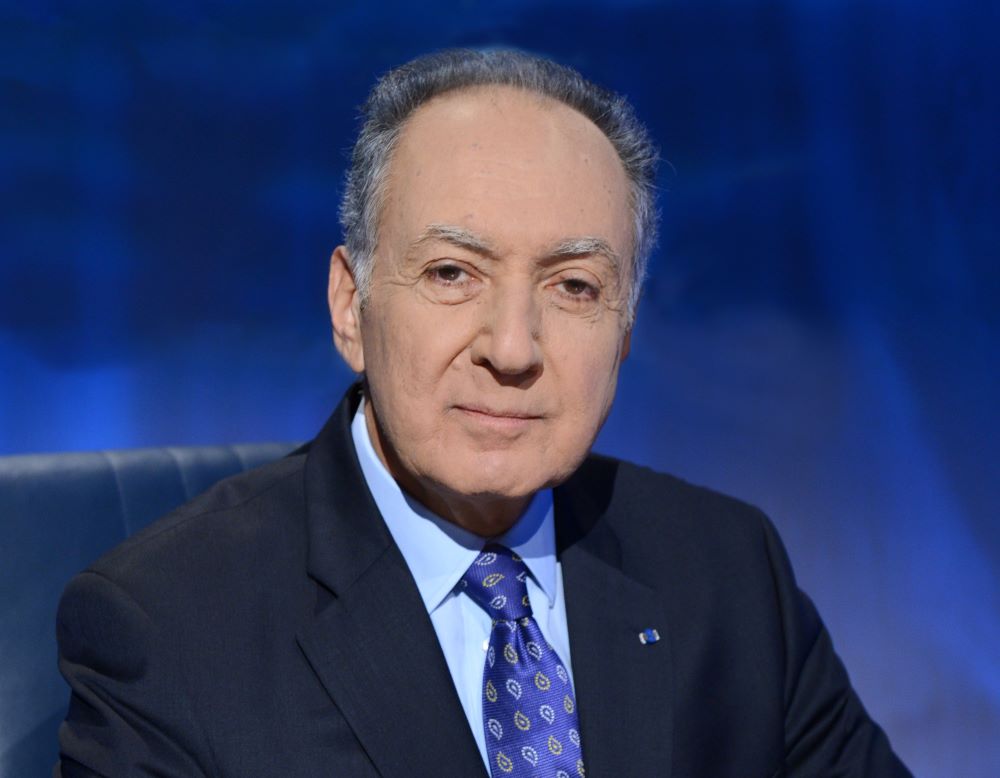 Paschalis M. Kitromilides holds a Ph.D. from Harvard University and became Professor of Political Science at the Department of Political Science and Public Administration of the University of Athens in 1987, where he taught until 2016. Ηe has been director of the Centre for Asia Minor Studies since 1980 and was Director of the Institute of the National Hellenic Research Foundation during 2000-2011. He is the author or editor of over fifty books and over two hundred and sixty articles; besides English and Greek, his books have been translated in Russian, Romanian, Serbian and Bulgarian. He is a full member of the Academy of Athens since 2020.

Paschalis Kitromilides spoke to Rethinking Greece* on the Critical Dictionary of the Greek Revolution and the intention to critically re-examine the prevailing conventional view in each subject tackled, the significance of the Greek Revolution as a turning point in the “Age of revolutions”, Orthodox Christianity as a shared religion which gave unity to all the diverse groups of Greeks fighting in the War of Independence, and the Modern Greek Enlightenment as a movement that provided the intellectual basis for the modern Greek nation and its aspirations. Finally, he spoke on subject of the Catastrophe of 1922 being the second major turning point in the history of modern Greece as it resulted in the contraction of the Greek presence in the Aegean and a large-scale violation of human rights. He concludes however, that this catastrophe also resulted in the enrichment and the strengthening of Greek society with the absorption of one and half million people, who brought human resources, skills and intellectual power to Greece.

So, the initial inspiration for a calling our book A critical dictionary of the Greek Revolution came from the French work. We basically called it ‘critical’ because we wanted to cover the various aspects of the Greek Revolution, to create a reference work, which however would not be offering definitive answers to the various issues and questions. The intention was to keep the questions open; this is why we asked the 39 contributors who produced the 46 chapters of the book to consider the prevailing conventional view in each subject, and to try to re-examine it critically in order to either confirm it, revise it or change it. They worked in this spirit and this produced the final text of the Greek dictionary. 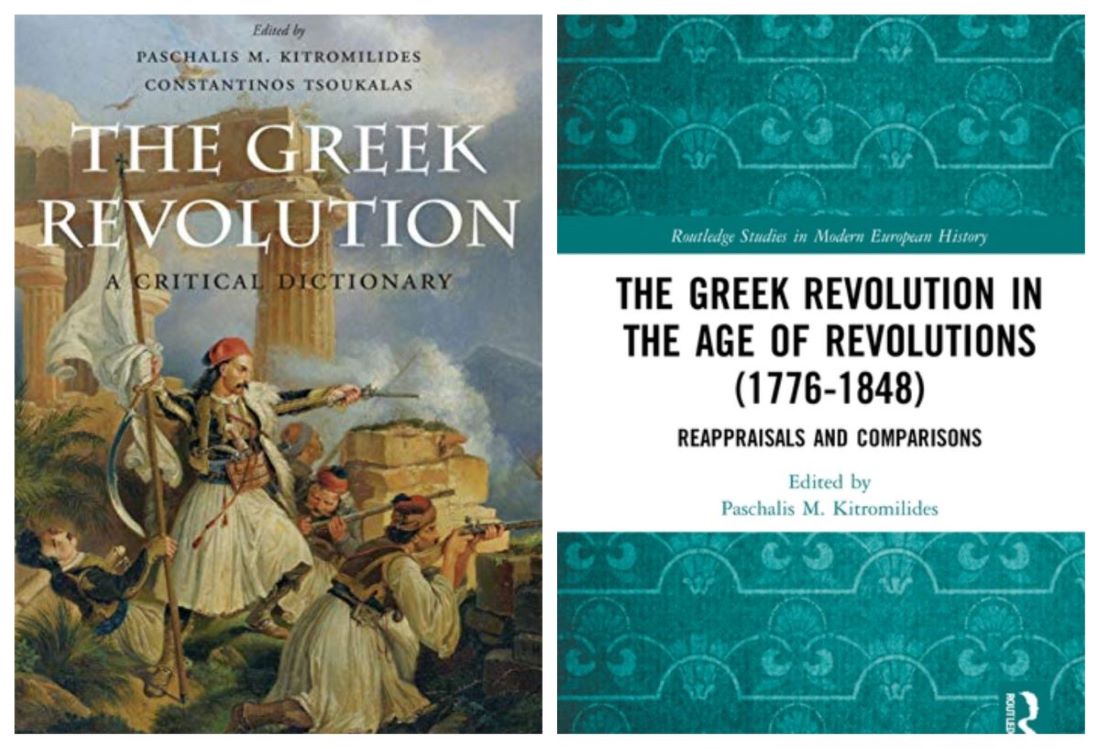 What is the significance of the Greek liberation struggle in international history and politics? How does the Greek Revolution relate to the wave of revolutions that swept throughout Europe between 1776 and 1848?

The first phase of the Age of Revolutions, which had started with the American Revolution of 1776, then climaxed with the French Revolution of 1789 and the spread of the French Revolution throughout Europe, had come to an end with the defeat of the Napoleonic Empire in 1814-1815 and the Restoration that was imposed on Europe by the Congress of Vienna. The great significance of the Greek Revolution was that in this climate of repression and suppression of revolutionary movements after 1815, the Greeks decided to plan their own revolution with the establishment of the ‘Filiki Etairia’ [the Secret Society] which organized Greek society in its broad geographical extent, toward a revolutionary break with Ottoman rule. All of this eventually, against all odds, proved successful.

«Τhe very act of fighting and visualizing an independent national state of their own transformed diverse groups and individuals into members of a national community» |Painting: Georg Perlberg (1807-1884) - Siege of the Acropolis
You have devoted a great part of your research to the study of Modern Greek Enlightenment. What are its connections and differences compared to the European Enlightenment and how did it contribute to the creation of the modern Greek state?

The Greek Enlightenment meant, first of all, the revival and renewal of traditional Greek education, but further on, the introduction of new ideas and their adaptation to the intellectual heritage and the intellectual universe of Greek society. Τhe Greek Enlightenment was a major turning point in the process of national definition and the emergence of the Greek people as a modern nation. The Greek-speaking Orthodox community had always been there, they were the descendants of medieval Hellenism and had been the people who had been subjected to Ottoman rule through the conquest of 1453. The Greek people never abandoned the sense of their shared intellectual tradition which was primarily the tradition of the Orthodox Church. This tradition was enriched through contact with the western intellectual and cultural environment, as wealthier Greeks were educated in European Universities, mostly in Italy. Another point of contact with European ideas was through the Diaspora communities, which extended the presence of the Greeks all over Europe.

All of these processes set the bases of the Enlightenment movement, which was a movement of renovation and intellectual change of great importance, as evidenced in the significant literature that was produced. In this literature we can see the intellectual effort invested by a small group of Greek speaking and Greek writing authors to produce the vocabulary by which to express modern ideas. That is why in this period we have a very fertile production of neologisms, which tried to express modern secular ideas in Modern Greek. One very prominent example is the term “ανεξιθρησκεία” (anexithriskia) in order to express the idea of religious toleration, one of the main slogans and values of the Enlightenment. Also, the term “πολιτισμός” (politismos), a new Greek word invented to express the term “civilization”, which also was one of the major ideas of the Enlightenment. Or the term “αυτοκρατορία” (aftokratoria) which was used by Rigas Velestinlis in order to express the idea of national sovereignty. Rigas refers to “αυτοκράτωρ λαός” and he means the sovereign people. Eventually this particular usage of the terms “αυτοκρατορία” and “αυτοκράτωρ” has not been established in modern Greek and we use instead “κυρίαρχος λαός” and “εθνική κυριαρχία”. But his is an indication of the effort that Greek Enlightenment intellectuals were making to create a language to express modern ideas. Once you have the language expressing modern ideas, you get the society thinking about them, and this is part of the broader intellectual transformation.

The Greek Enlightenment was exactly that, an intellectual transformation, which, through the connection with modern philosophical currents and ideas of modern science developing in Europe and a rediscovery of the connection of the Modern Greeks with classical antiquity, provided the intellectual basis for the modern Greek nation and its aspiration to claim its place in the world of free nations, during the century of the liberation of nations -as Adamantios Korais writes “εις τον αιώνα της ελευθερίας των εθνών”. These were the means and the agents though which the Greek nation appeared on the stage of world history.

And of course, we should mention that up until a few decades ago, these developments in Greek intellectual history of the 18th century were totally ignored in the general literature on the Enlightenment in foreign languages. Gradually, through the effort of a small group of Greek scholars writing, originally in French, then more recently increasingly in English, these intellectual developments are being integrated in international scholarship, as a recognizable component of the broader phenomena of intellectual change in European and world history in the Age of Revolutions. I have the satisfaction that all the hard work in which I invested my research, and the English-language publications that have emerged from this effort, have contributed tο incorporating in international literature the Greek phenomena of intellectual change during the Age of Enlightenment. This you can see in major works of synthesis on the Enlightenment like the work of Johnathan Israel for example. 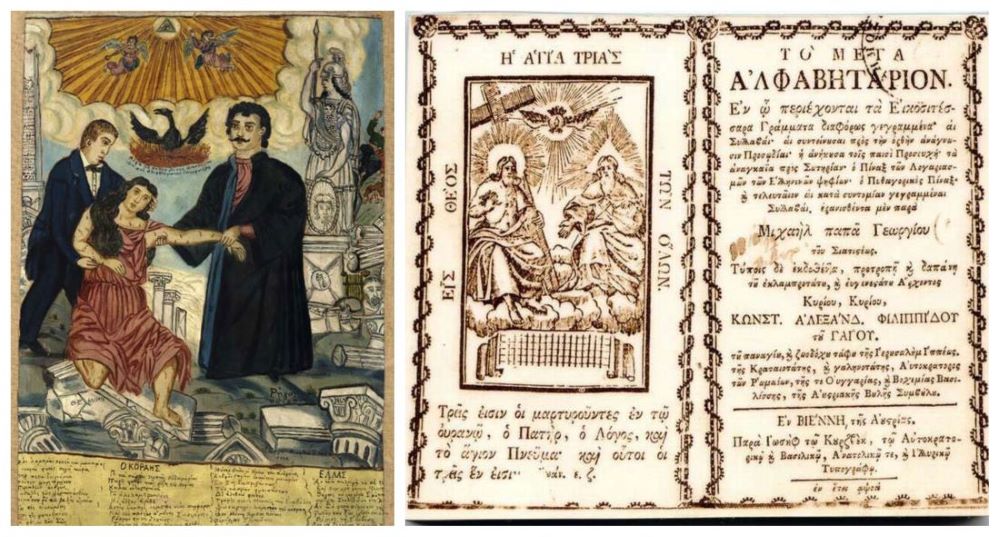 Left to right: 'Rigas Velestinlis and Adamantios Korais help Greece stand on its feet',Theophilos Hatzimihail (1870–1934), Macedonian Museum of Contemporary Art. Cover of the Mega Αbecedarium by Michalis Papas Georgiou, Vienna 1771,  The first Greek alphabet of modern times.
This year, 2022 marks another important anniversary in Greek History, 100 years since the end of the Greco-Turkish War of 1919–1921 and the ensuing population exchange between Greece and Turkey. If 2021 was the opportunity to think about the creation of the modern Greek state, what do you think we should reflect on in 2022?

1821 was the rebirth (paliggenesia) of the modern Greeks. 1922 was a major tragedy. The catastrophe of the Greek military effort in Asia Minor had as a consequence the uprooting of one and half million people from their ancestral homes in the Asia Minor peninsula and in Eastern Thrace. The anniversary is coming on the heels of celebrations for the Revolution; now we have to reflect, to collect our thoughts and our feelings in thinking about the tragedy of 1922. I think 1922 is the second major turning point in the history of modern Greece, in the sense that it represented, first, a major ethnological disaster that resulted in the contraction of the Greek presence, for the first time in almost 3.000 years, to only the western and the northern shores of the Aegean. The Greek language and the speakers of this language had always lived their lives and their history on both shores of the Aegean and in the islands of the Aegean Sea which connect the two shores.

After 1922, for the first time Greek society became a purely European society which had to conduct its life on continental Greece and on the islands of the Aegean and Ionian Seas, and this is a major ethnological change. But also, it was a major humanitarian catastrophe because the people who were living in Asia Minor were subjected to all forms of abuse and atrocities which always accompany wars between states. Furthermore, with the Convention of Lausanne and the obligatory exchange of populations between Greece and Turkey, we have a really violent suppression of the human rights of these people, who had to leave their ancestral homes, without being asked whether they wished to do so or not. People in the interior of Asia Minor, in Cappadocia or the Pontic regions of northeastern Asia Minor didn´t have much to do with the war that was taking place in the western part of the peninsula, but they were forced to leave anyway. That was a violation of human rights.

So, we have the humanitarian catastrophe and a large-scale violation of human rights involved in all that is connected with 1922. We have to think seriously about all this, to reflect, to be critical and self-critical. But also, we have to think about what turned out to be the positive eventual outcome, which was the enrichment and the strengthening of Greek society with the absorption of one and half million people, which brought human resources, skills and intellectual power to Greece. And this, eventually can be judged as a positive outcome of the disaster and the tragedy. I am convinced that the manifestations, cultural and otherwise, and the activities that will mark the centennial of 1922 should move along these lines. I believe we should focus on the positive aspect. 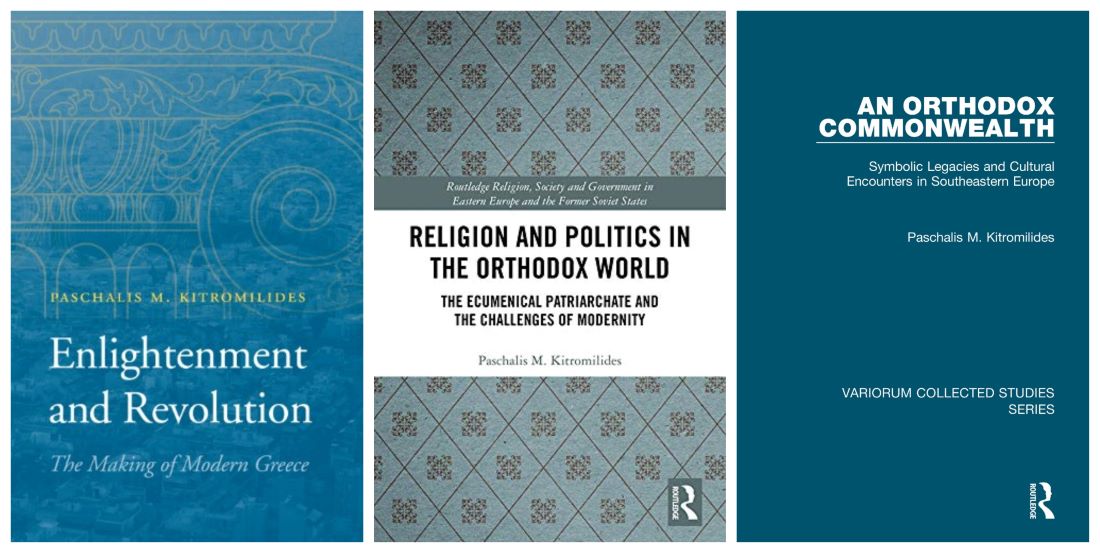