In the wake of the devastating economic crisis that began in 2008, Greece has been experiencing in recent years a resurgence of emigration, making the so called “brain-drain” a hot topic in the public debate —that is, young and well-educated emigrants escaping the country’s high youth unemployment levels in search of a better future abroad. It was recently estimated that nearly 500,000 Greeks have left the country since 2008; at the same time, however, it is important to note that the majority of emigrants constitute an extremely valuable human capital resource for the Greek society and economy, as their assets, skills, and knowledge can be harnessed to enhance development at home.

In this context, UK based organization Reload Greece has since 2012 been holding an annual Conference in London, attracting young people and professionals from around the world that are interested in entrepreneurship and its social and economic effect on south European countries worst hit by the recession. The theme of this year’s flagship conference (Sept 24, 2016), supported by the London Business School and Oxford University’s SEESOX, was: “Enterprising Diasporas: From Brain Drain to Brain Gain”.

Acknowledging the fact that entrepreneurship is a key factor to economic growth, the conference brought together over 200 top professionals, CEOs, Diaspora experts, entrepreneurs, economists and investors from around the world, to hear over 28 distinguished speakers (such as General Partner at Openfund, Aristos Doxiadis; Entrepreneur, Angel Investor and Director of Cynosure Inc, Marina Hatsopoulos; Managing Director of Endeavor Greece, Haris Makryniotis; and Features Reporter at Kathimerini daily, Yannis Palaiologos) on how the Diaspora can be turned into a powerful asset for Greece. In view of the fact that there is now an profusion of cosmopolitan entrepreneurs who - armed with technologies that enable distant collaboration - transcend national borders in search of knowledge, funding, and better opportunities, the conference aimed to explore the driving force of their success, how various countries have successfully harnessed their diasporas, and how their models, successes and lessons can apply to Greece.

In particular, the event sought practical insights to demanding questions, such as: what can we learn from exceptional entrepreneurs and their businesses which straddle national borders? Do they strengthen or weaken national bonds? Do they constitutebrain drain or brain gain? How do they relate to the established communities of the diaspora? The role of the Greek Diaspora during the current prolonged downturn is an ideal backdrop to understand these issues. First, the value of entrepreneurship has been increasingly recognized in Greece. Second, the sizeable Greek Diaspora is globally dispersed and well established in the host countries. Third, young people facing dismal employment prospects in Greece are exploring international opportunities and, as they do so, enrich Greece’s vibrant, entrepreneurial and innovative Diaspora. 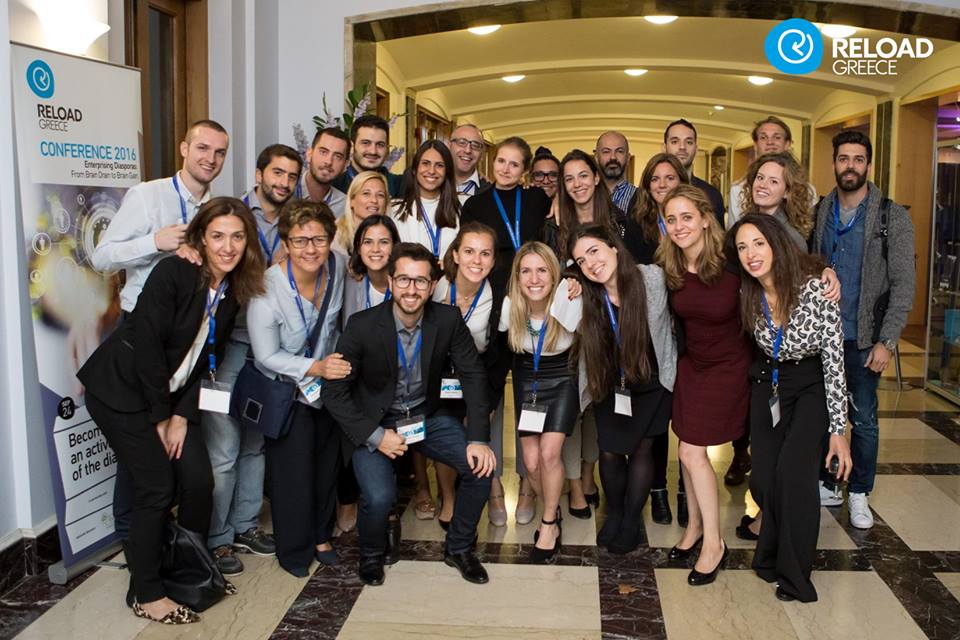 The day was both opened and closed by the CEO of Reload Greece, Effie Kyrtata. Commenting on the conference, she noted: ‘The diaspora remains an untapped asset which we need to engage. Defining the model of cross – country entrepreneurship which will empower the Diaspora is at the core of our organization and this event is an important platform for inspiration, debate and conception of real solutions’. Moreover, she consolidated themes of the day throughout leaving with a final message quoting Huggy Rao ‘Some is not a number, soon is not a time’ saying ‘we need to be a lot and we need to act now’ referring to the power the diaspora can have if activated properly prompting the participants to take action*.

As a step in this direction, Lois Labrianidis (University of Macedonia Professor and General Secretary for Private and Strategic Investments at the Ministry of Economy, Infrastructure, Shipping and Tourism), who was also among the renowned speakers taking part in the event, pointed out that Greek governments should capitalize on Greek emigrants as they constitute extremely valuable human capital for their home country. However, since repatriation in the near future is unlikely under current circumstances, he suggested the creation of a network titled “Bridges of Knowledge/ Bridges of Partnership” that will include the following actions**: