An exceptional variety of landscapes, high quality human services and the taste of original Greek wines explain why Greece is a region of rapid wine tourism growth. Vine cultivation dates as far back as ancient times and winemaking has been going on here for millennia. From dry whites to sweet dessert wines, from resin wines to organic wines, Greece is a wine heaven where surprises for connoisseurs and non-experts alike never end. The rich soils along with climate conditions, which vary from area to area, produce distinctive wines with different wine-making methods and techniques, making Greece a country of unique wine wealth.

In winter, northern Greece is an interesting destination where visitors can enjoy traditional hospitality and get a better insight into the land and culture of Greece by learning more about methods of grapevine cultivation from the people where the wine is produced. The wine roads that crisscross this mountainous part of the country facilitate access to the multitude of sophisticated boutique wineries – most of them family owned. Part of the journey is accessible via the Egnatia Odos national highway, which intersects Northern Greece from one end to another and makes travel fast and safe. 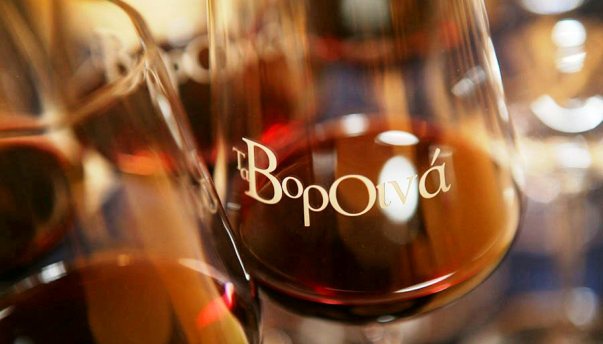 Greece’s wine routes pass through the major vineyard regions and offer travelers the opportunity to sample local varieties and become acquainted with the wine-making process. The wineries sprung across the northern part of the country offer many guided tours to their installations, including food tasting paired with indigenous wines such as roditis and assyrtiko (white) as well as mavroudi (red). In addition, certain wineries open up more than their tasting room doors, providing opportunities for unique lodging experiences.

The Thracian vineyards are situated among picturesque villages rich in heritage with Greco-Roman, Byzantine and Ottoman influences, surrounded by natural forests of chestnuts and oaks, such as Fracto forest, pine and fir trees, like Elatia forest, dense greenery, cascading waterfalls, caves, such as Alistrati and Aggitis Caves, and gorges. The breathtaking Evros river delta shelters a great variety of bird and animal species and with its rich and rare flora and fauna it composes a beautiful mosaic extending over 200 km2. The surprises in this overwhelmingly beautiful region are many more, including ancient traditions and gastronomic specialties, with tsipouro (a popular Greek alcoholic beverage that is a pure grape distillate) and wine being its products of excellence. 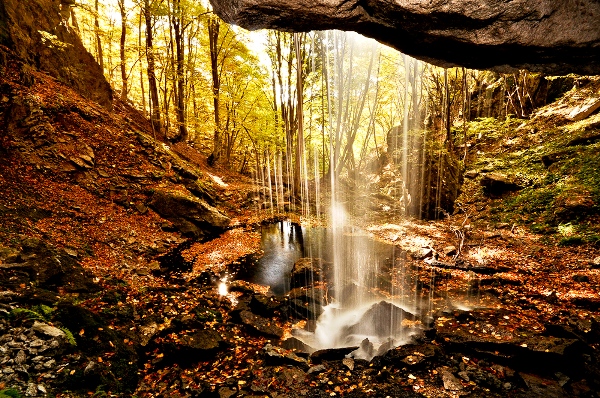 Get acquainted with theRegion of Thrace and Eastern Macedonia and sample wines right where they are produced taking the Wine Route of Dionysus. Don’t be surprised by the name of this Route. In Greece, the cult of Dionysus, the god of wine, originated in Thrace. In this region, the wine routes stretch across the areas of Evros, Samothrace, Rodopi and Xanthi.

Small boats come and go regularly from Keramoti or Peramos to the magical island of Thassos, where PGI Thassos wines are produced. The Wine Route of Dionysus continues eastward through the Xanthi region, with most of the wine-making activity located in Abdera, where PGI Abdera wines are produced. Moving eastward, the Wine Route of Dionysus reaches the Rodopi region, where most of the wine-making takes place in Maronia. The vineyard there produces PGI Ismaros wines whose long history originates in ancient Maronia. According to the Museum of Wines of Burgundy, Maronia is the first region wine was ever produced in Europe, Kikones being the first to produce it. Homer refers to the area of Maronia and the Thracian wine producers, Kikones, in his legendary epic poem ‘Iliad’. He describes them as allies of the Trojans who supplied both Trojans and Greeks with their red thick and sweet wine during the Trojan War. Homer also mentions in ‘Odyssey’ that when Ulysses goes to the land of Kikones, he meets with Kikones' King and Priest whose name is "Maron". Maron gave Ulysses twelve amphoras filled with wine. When Ulysses was trapped in the cave of Polyphemus, a one-eyed Cyclops, Ulysses offered him the wine that Kikones gave him, got him drunk, blinded him, and managed to escape with his men. The Wine Route of Dionysus concludes in the region of Evros, where PGI Evros wines are produced.

Thrace and Eastern Macedonia: what to visit

A land of glorious walks with open vistas, uncluttered ancient sites and museums, monasteries, ski-centers and mountain paths, quiet villages and bustling city life, satisfying all kinds of travelers. Explore the history infusing the entire region, from archaeological sites, castles, churches, monasteries, museums and more. In the city of Serres, visitors can see the Byzantine acropolis and the Folklore Museum of Sarakatsanoi. The Amphipolis archaeological site and its museum, Alistrati Cave, and for nature lovers Lake Kerkini, are also of great interest. If near Drama, it is worth paying a visit to Cave Aggitis, while the Falakro Ski Resort is ideal for winter sports. The beautiful city of Kavala, has numerous points of interest including the medieval aqueduct, the Kavala Castle, the archaeological museum, the Tobacco Museum, the ancient city of Philippoi, Anaktaropolis of Nea Peramos and the Tower of Apollonia. In Xanthi, one can visit the archaeological site of Abdera, the Byzantine Polystylo and the archaeological museum. In the city of Xanthi, the old city area is particularly appealing especially during the Old City Festivals, while the Xanthi Folk Art Museum is unmissable. In Komotini, visitors can see the archaeological museum, the Komotini Imaret and the Roma Basketry Museum. Interesting sites in the greater area include Maximianoupolis, Anastasioupolis and Mount Papikion. In Alexandroupoli, places to visit include the Ethnological Museum of Thrace, the Museum of Natural History and the Historical Museum of Alexandroupoli. Further to the east is the Evros River Delta, while going north, some of the main sites in geographical order include: the monastery of Kosmosotira (Our Lady Saviour of the World) in the Feres area; the Dadia National Park and the Silk Museum in the Soufli area; the Castle of Didimoticho, Plotinopolis and Pythion Castle in the Didimoticho area; and finally, the Folklore and History of Art Museum of Orestiada and the burial tumulus of Mikri Doxipara-Zoni in the Orestiada area.

Download these very informative maps and brochures to embark on some fabulous wine tours. 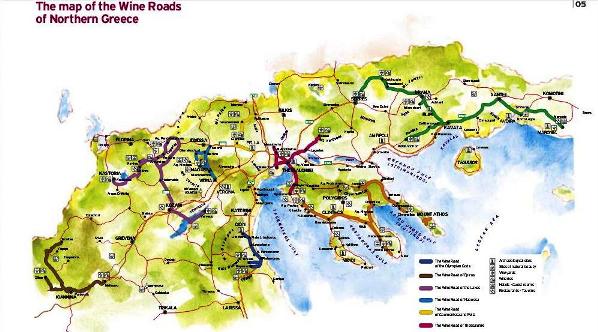