Social Enterprises do not aim to make profit but to create jobs– especially at local level- and to improve welfare services delivery. They intervene by taking actions of mild economic growth and contribute to inclusive and sustainable growth.“Wise Greece” operates in the field of social entrepreneurship and has been honoured with the Award for Sustainable Enterprise and Development, based on social responsibility, in the “Startup Greece Awards 2016”contest. In another contest organized in 2015 by the Citizens’ Movement and the Greek Guiding Association, “Wise Greece” was awarded by the President of the Hellenic Republic Prokopis Pavlopoulos with the “Models of Excellence 2015″, for meeting social needs in an innovative way while serving the general interest and common good for the benefit of the community. 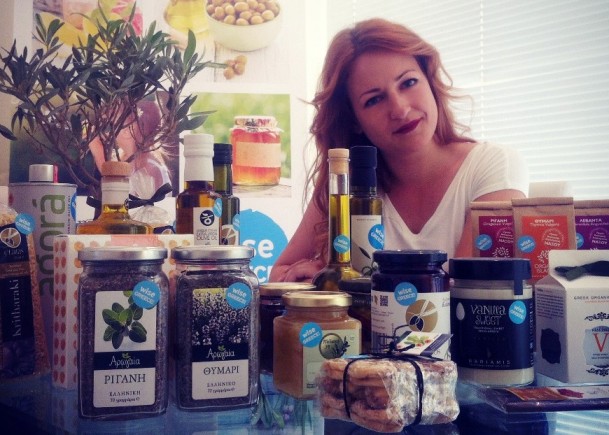 These distinctions render “Wise Greece” a successful model of a start-up non-profit organization with a double mission: that of selling over 300 top quality Greek food products, as well as raising money for food to be donated to people in need.

Finding new ways to stimulate forms of active civic participation through an emphasis on social economy, “Wise Greece” aspires to raise awareness and support from responsive consumers around the world, so that they will embrace these high quality products, follow and integrate the healthy Mediterranean diet in their daily lives and, above all, support its cause. It is worth noting that the “Wise Greece” logo is inspired by the Athenian tetradrachm depicting an owl as a symbol of wisdom.

“Wise Greece” consists of a group of young people who wish to inspire consumers to embrace the beneficial values of the Mediterranean diet, to use Wise Greece products in their everyday lives and contribute to their non-profit mission. “Wise Greece” selects the best Greek products and places them in various retail points around Greece and abroad. The team is supported by specialists in various fields of expertise (Food Specialists, Chefs, Quality Maintenance, Marketing, Sales, etc.)so as to achieve the objectives set by “Wise Greece” and all products are available for purchase online: οlive oil from well known Greek regions, herbs and spices individually selected, jams and sweets made with care from traditional recipes, vinegar, coffee, honey, organic chocolates, wines from local varieties, tsipouro and ouzo, pasta, rusks and cosmetics are some of the “Wise Greece” products that buyers could find in Greece, the UK, Germany, Poland, Lithuania, the Netherlands, Sweden and in New York.

For every product sold with the “Wise Greece” sticker on it, the producer pays back a percentage of the profit to “Wise Greece”, in order to raise funds to buy food for people in need. The more “Wise Greece” products are sold, the more food products will be donated to Institutions and Organizations that support the homeless, children and the elderly.

Social innovation and social economy are relatively new concepts in the country, and it was due to the economic crisis that social innovation became a necessity. Social entrepreneurship was formally recognized through legislation in September 2011, when the law for Social Economy and Social Entrepreneurship was passed by parliament and the distinct legal form of Co-operative Social Enterprises was created. As of January 2015, over 700 Social Cooperative Enterprises have been established.

In its electoral programme, SYRIZA had highlighted the importance of reviving the co-op movement as a form of social and economic activity for the future, and suggested drawing up a strategy by looking at the most suitable sectors for co-operative development. On October 2016, the Greek Parliament adopted a new law that creates a supportive legal environment for the further development of Social and Solidarity Economy. According to Alternate Labour minister Rania Antonopoulos, the law provides solutions to issues like “funding, tax, social welfare and access to public procurement” and “clarifies the relationship between social economy operators and  the public sector” with a view to establish this new type of economic activity and to combat unemployment.

In order to improve social economy studies, a new educational programme on social entrepreneurship has been offered by the Athens University of Economics since 2015. The course aims to teach students what Social Economy is, and how they can create their own viable and financially independent social enterprise. In addition, Athens University of Economics and Business is committed to developing socially responsible leaders who can recognize and link profit objectives with social impact opportunities. The Unit of Social Entrepreneurship (USE) is the first research and academic laboratory in Greece with particular emphasis on the advancement of social entrepreneurship nationally and worldwide. It applies managerial disciplines and innovative business practices to drive the entrepreneurial pursuit of sustained social impact.