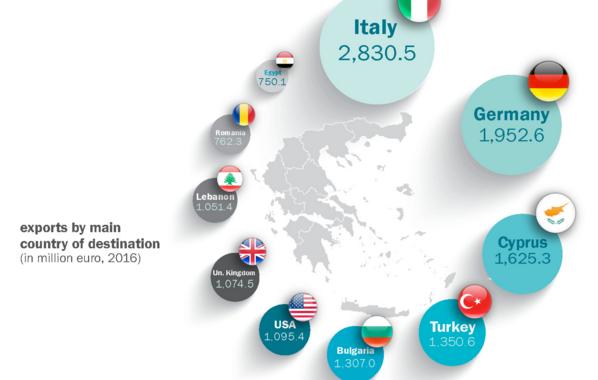 Oil products, aluminium products and pharmaceuticals are the top Greek export products in value, while particularly in the farm/food sector, fruit and vegetables are at the top, the Foreign Affairs ministry said in a report.

Italy remained the top destination for Greek exports (more than 2.8 billion euros or 11.1 pct of exports), followed by Germany with 1.9 billion or 7.68 pct, Cyprus with 1.6 billion, Turkey and Bulgaria with more than 1.3 bilion euros each, the US, the UK and Lebanon with around 1.1 billion euros each.