The first Institute of Astrophysics founded in Greece 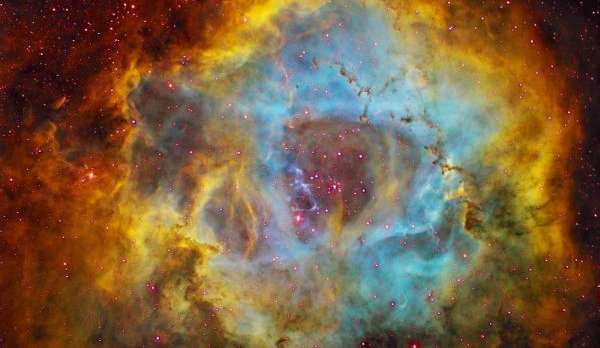 The scientific community in Greece welcomes the founding of an Institute of Astrophysics, after the act establishing it was passed by the Greek Parliament on February 26, 2018. The new institute, the first in the country to focus exclusively on this particular field, is to form part of a wider organisation, the Foundation for Research and Technology-Hellas (FORTH) Research and Technology-Hellas (FORTH). FORTH’s initiative to create the Institute of Astrophysics was supported by the Ministry of Education, Research and Religious Affairs, the Alternate Minister of Research and Innovation, Costas Fotakis,the National Council for Research and Innovation and the Region of Crete.

The Institute of Astrophysics

The Institute of Astrophysics (IA) aims to promote research in the field, in terms of excellence and innovation, and make it possible for Greece to make significant contributions to the international scientific developments in this area. Its establishment will serve as a catalyst, providing ample opportunity for collaboration with the European Space Agency and other related organisations. FORTH has already been very active within the field of astrophysics, having for many years collaborated with the University of Crete (UoC) -especially with its Department of Physics- in various research programmes, and the IA is the natural evolution of these efforts. Together with the University of Crete and the Max Planck Institute for Extraterrestrial Physics (MPE) in Germany, FORTH has established the Skinakas Observatory, a state-of-the-art facility which is already in position to provide the entire infrastructure necessary for the research conducted by the new institute.

The core of the new institute’s scientific personnel will be the Astrophysics Group, which consists of FORTH Researchers and UoC Professors Collaborating with FORTH. The group, based in Crete, studies a broad range of astrophysical phenomena using observational data from ground based and space facilities and by developing new theoretical methods for the interpretation of these observations. Their research interests include the astrophysics of compact objects (stellar and supermassive black holes, neutron stars and white dwarfs), properties and evolution of galaxies, and the behaviour of matter in the extreme conditions in the vicinity of compact objects.

The team has accomplished outstanding academic achievements by international standards, having attracted highly competitive European funding from the European Research Council and the “Marie Skłodowska-Curie actions” research fellowshipprogramme of the European Union. Additional funding has also been obtained from several other national and international sources. The group is also responsible for building instruments for optical astronomy and for the operation of the Skinakas Observatory.

The Skinakas Observatory is a joined research facility of the University of Crete, the Foundation for Research and Technology and the Max Planck Institute, founded in 1986. Its prime objective is to conduct fundamental research in Astronomy and to promote Astronomy among students and general public in Greece. Its position on Skinakas, a peak of Mount Ida (Psiloritis) in Crete, at an altitude of 1750m, offers excellent conditions for high quality astronomical observations of the area of the Mediterranean. It currently houses two fully functional telescopes. The research taking place at Observatory covers a wide range of different areas in Astrophysics.

The Foundation for Research and Technology

The Foundation for Research and Technology-Hellas (FORTH), established in 1983, is one of the largest research centers in Greece with state-of-the-art facilities, highly qualified personnel and a reputation as a top-level research foundation worldwide. FORTH reports to the General Secretariat for Research and Technology of the Hellenic Ministry of Education, Research and Religious Affairs. It currently consists of six research institutes, located in various cities, while its headquarters, as well as the central administration offices, are located in Heraklion, Crete. FORTH focuses its activities on areas of major scientific, social, and economic interest, such as: Microelectronics, Lasers, Molecular Biology and Genetics, Biotechnology, Computer Sciences, Bioinformatics, Robotics etc. The new establishment is therefore going to be FORTH’s seventh institute.

On the occasion of the Institute of Astrophysics formal establishment, the President of FORTH, Professor Nektarios Tavernarakis stated: "The creation of the new Institute of Astrophysics at FORTH, comes as the long-awaited outcome of the outstanding research efforts and success of the FORTH Astrophysics Group. We expect that the Institute of Astrophysics will give Greece a competitive advantage towards attaining a prominent place in Europe in this highly active area of Research. […] It is also a significant step towards the repatriation of outstanding scientists”. Nikos Kylafis, Professor of Astrophysics at the University of Crete and Collaborating Researcher at FORTH, noted that the new entity "is an important asset for both FORTH and the University of Crete. The exceptional cooperation between the two Institutions has brought the desired result".

Read also via Greek News Agenda: Researchers & Research return to Greece; Hellenic Foundation for Research and Innovation to Strengthen Research across Greece; Alternate Minister for Research & Innovation: The government aims at creating a production model grounded in knowledge-based economy; The first nano-satellite built in Greece to explore the lower thermosphere