18 Greek products that defied the crisis

In an economic analysis released this month, the National Bank of Greece identified the new trends in Greek exports as well as the most “performing” products. The analysis is based on Eurostat and Comtrade data as well as on estimates made by the NBG’s services. Greek enterprises seem to have made a good use of the favorable international trade environment, with the Greek exports soaring up to 37% between the years 2009-2017. Although exports were generally hit by the economic crisis, some products resisted, either by holding their leading position or by increasing their share despite the unfavorable national economic climate. The yearly contribution of these products to the Greek GDP tripled (from 0.04% to 0.12%) in comparison with the years before the crisis, while the contribution of the rest of the products was reduced from 0.34% to 0.08%.

The Bank of Greece identified 18 products as most “dynamic”, in terms of performance and potential growth, and divided them into the three following categories: 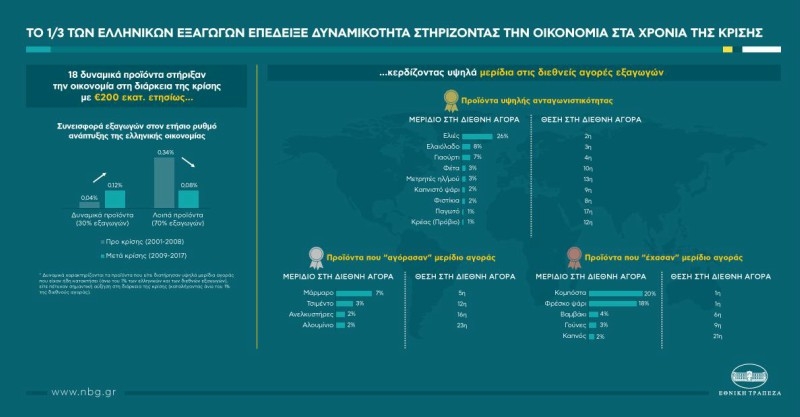 5th position: Marble. The main destination for Greek marble, which makes for 7.5% of world marble exports, is China. Turkey, Italy and China cover 69% of international supply with the rest of the countries limiting themselves to single-digits.

6th position: Cotton. Greece maintained its 4% market share. The devaluation of the Turkish lira against the dollar is expected to negatively affect the imports of Greek cotton to that country, which up to now was its main destination. Since 2009, Bangladesh has emerged as a new importer absorbing 4% of the Greek cotton supply.

9th position: Fur. Greece covers 3% of the global fur supply. Traditionally, the main client for Greek fur was Russia. However, Russian demand has been reduced by 16% during the last eight years. On the other hand, Denmark’s demand has been raised by 147%.

Products with the most growth potential

4th position: Yogurt. It represents 7% of the global yogurt exports. It is the fastest growing product in the US foodstuff market. Its main importer is Italy, where demand has risen by 646% the last 8 years. Norway has emerged as a potentially important market for Greek yogurt.

8th position: Aegina pistachios. With the USA covering alone 52% of the global pistachio supply, Greece is placed in the 8th position, holding 1.6% of the global exports. Its main market is Italy. The Netherlands and Spain show a growth in demand. 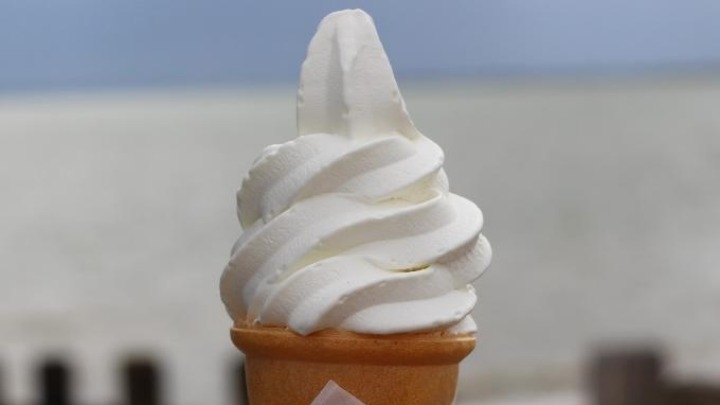