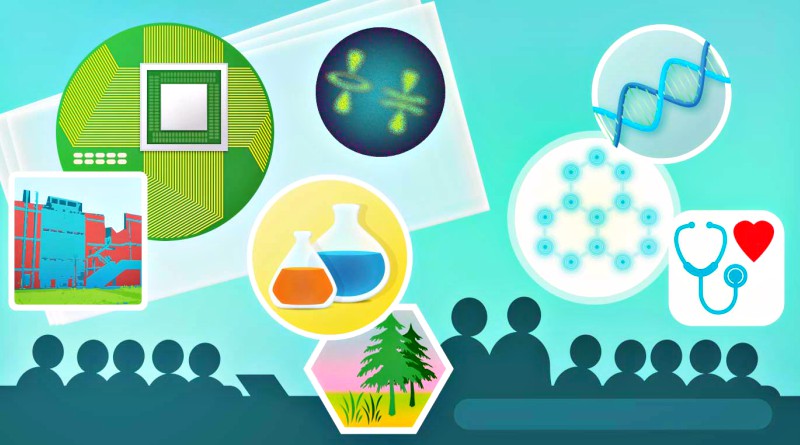 Alternate Minister for Research and Innovation Costas Fotakis addressed the 67th plenary meeting of the governing body of the European Research Council (ERC), the Scientific Council, which took place in Heraklion, Crete, on 15-17 October 2018. Τhe meeting, the second one to take place in Greece, was hosted by the Foundation for Research and Technology-Hellas (FORTH).

The ERC was set up by the EU in 2007 to fund excellent cientists and their most creative ideas. Since 2007, it has funded over 8,500 research projects, 49 of which in Greece, and 16 hosted at FORTH. At the 67th plenary meeting, welcome speeches were also given by the ERC President Prof. Jean-Pierre Bourguignon and the Chairman of the Board of Directors of FORTH Prof. Nektarios Tavernarakis.

In this address I would like to focus on the question:

What is the role of ERC in contemporary Europe?

Is it solely a funding agency for excellent science? Or it plays a wider role?

To answer this question I think we should look at ERC through its contribution to building a Knowledge Society which is the necessary pre-requisite for broadening intellectual and cultural horizons and preparing the necessary background for meeting the challenges of today and creating prospects for tomorrow.

The Knowledge Society is the source of Knowledge Economy and the creation of Innovation with high added value. Unfortunately, many times, our approach to the critical issue of creating wealth through Innovation is rather mechanistic and empirical, creating lock-ups and limitations to the human potential and talent.

Based on narrow concepts of utility, we may miss that concepts and scientific results appearing to be of no use today can be the drivers for transforming the economy tomorrow.

During the last 8 years this country has gone through a deep socio-economic crisis. The Greek society, although damaged, has managed to survive this prolonged crisis and remained standing.  Nowadays, in the post-memorandum period, we can face the future with optimism.

The government during the last 4 years has been placing great emphasis on research, increasing the public R&D expenditure significantly, despite the economic hardship, and creating a new framework and institutions for supporting scientific research and scholarship. 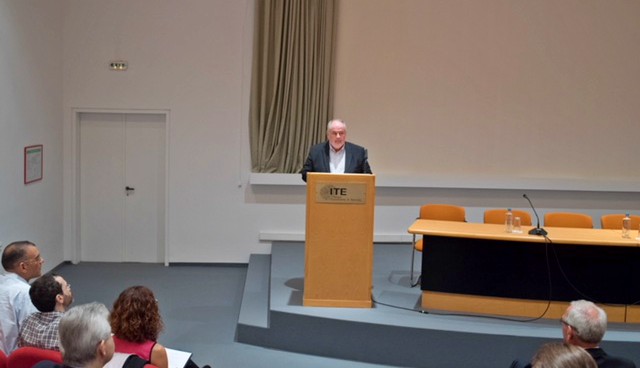 The pursuit of scientific quality and excellence is a necessary condition for success.

So far, like in many other member states, the main source for funding Research has been the Structural Funds. Considering that Research Policies should be based on the pursue of excellence, which is a place blind process and that Regional policies which pursue cohesion are, unavoidably, place dependent the challenge is

How to combine Research with Cohesion policies without sacrificing excellence?

Our Research strategy is realized through several actions. At the nucleus is the most important asset a country possesses – PEOPLE – especially the young scientists and prominent researchers who form the backbone of the Knowledge Society and the Knowledge Economy.

During the crisis the phenomena of Brain Drain and Brain Waste have dramatically increased by ten-fold in comparison to previous years. A major reason for that – especially for highly qualified scientists – has been the lack of career opportunities and prospects.

Facing these phenomena has been top in the agenda of this government from the very beginning, and a set of measures addressing both the public and private sectors have been realized.

These include the necessary combinations of quality job creation together with attractive environments for scientific research and inspiring prospects.

The word ‘inspiring’ has a lot of power, especially for young scientists and scholars.

The goal is to replace Brain Drain by Brain Gain and establish a healthy brain circulation and a balanced scientific mobility.

At the center of this effort is a new initiative inspired by the ERC: The Hellenic Foundation for Research and Innovation (HFRI) or ELIDEK.

HFRI is a new long term Institution for supporting capacity building and “blue sky” research with initial funds budget of 240 m€ for 2017-2019 (EIB and Public Funds). This also allows the funding of Humanities and Social Sciences, which is not possible through the Structural Funds.

A first concrete signal of inversing the brain drain through HFRI is already visible:

From 1671 proposals for young scientists, 192 projects have been selected out of which 37 come from high caliber Universities abroad, including Ivy League Universities.

The possibility for these young scientists to be project leaders, form their own research team and demonstrate their creativity and talent is, as they say, a major pole of attraction. Others, ready to migrate have stayed in Greece for similar reasons.

All this, I think, convincingly demonstrates the impact the ERC can have in influencing research policies in Member States and the broader implications of its role, which go well beyond its capacity as a funding agency.

Most importantly, ERC should focus on creating policies and appropriate environments for the rising of the so-called “Fourth Industrial Revolution”.

In Greece, the government is taking initiatives to prepare the country and shape its role in the new rising environment.