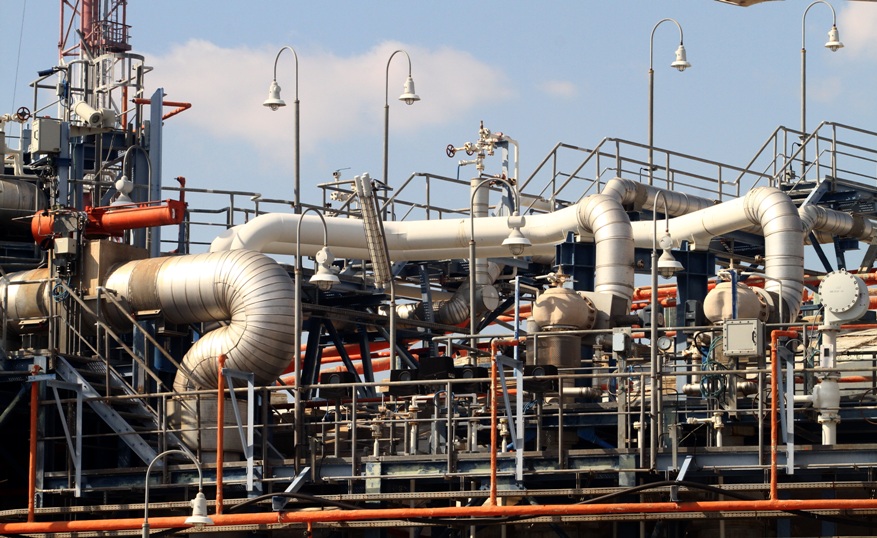 The third Liquefied Natural Gas (LNG) storage tank in Revithousa LNG terminal was inaugurated yesterday (22/11), significantly bumping the facility’s storage capacity. The third tank boosted the facility’s storage capacity to 225,000 cubic meters in total increasing its regasification capacity by 40%. Addressing the inauguration ceremony, minister for Environment and Energy George Stathakis noted that this is a flagship project that will diversify Greece’s gas supply and transform the natural gas market, turning Revithousa to an important energy hub in the South East Mediterranean region.

Presenting the government’s policy on natural gas, Stathakis stressed its focus on preserving networks under state control and expanding them in 18 cities, strengthening interconnections in the Balkans with projects such as the IGB pipeline and an interconnection with FYROM, adding that the National Natural Gas System Operator (DESFA) plays a strategic role in this policy. In the following days, the tank will be filled with gas and will operate on test mode; in 20 days commercial operation will begin. The project is export-oriented: if the 7 billion cubic meters of natural gas coming in annually, 2 billion are destined for the Greek market and 5 billion for the Balkans and Russia. 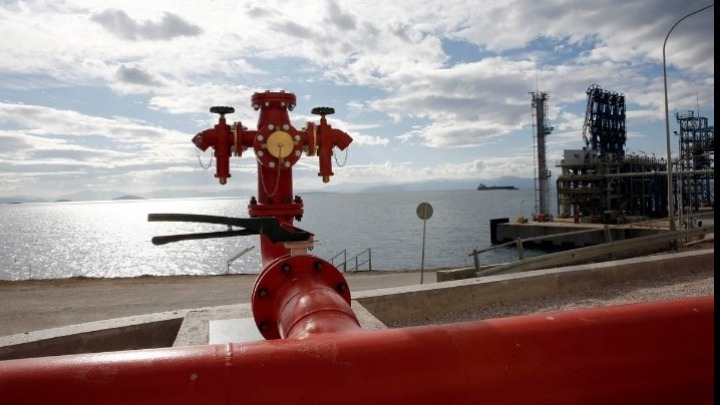 The Revithousa LNG terminal, operated by DESFA near Athens, is one of the 13 operating in Europe and the only one in the Balkans. With the addition of the third tank the terminal’s capacity rises from 130,000 to 225,000 cubic meters, or 1,000-1,400 cubic meters per hour. The project also included the construction of a combined heat and power plant, the installation of additional technology equipment to increase gasification and the upgrading the port installations in order to allow biggest ships to dock (260,000 dwt from 180,000 currently) covering 90% of the active fleet. The project’s budget totalled 143 million euros, using community funds (35 pct), loans worth 80 million euros from the European Investment Bank and DESFA’s own capital.