Greece is entering a growth phase

On the road to an election period, the Greek economy, albeit in a vulnerable balance and with a weak growth momentum, is emerging from 10 years of recession, which is reflected in the current year’s Greek share earnings worth 10 billion euros, the Greek government bond yield new 14-year low, and the Greek real estate “shift”, as analysts, fund managers and foreign investors estimate.

“While in the previous elections the dilemma set was whether the country would remain in the eurozone or not, in the current period the markets anticipate that a new entrepreneurship-friendly government would enhance the Greek economy’s growth profile”, institutional portfolio managers estimate.

According to “To Vima” newspaper, the Athens Stock Exchange general index with earnings of 26,92%, marks the second best yield among the world’s 94 biggest indexes, while Greek bank shares with 48,92% of earnings seem to be among the world’s highest. At the same time, there is a recovery of real estate prices, while the rental index is positive since autumn 2016. Additionally 20% of foreign direct investments are driven to the housing market marking our country as the “hottest” investment destination in the Mediterranean’s touristic real estate.

The Greek Finance Ministry sent the European Stability Mechanism (ESM) the government's proposal for the repayment of part of the loan Greece took out with the International Monetary Fund (IMF) sources of the Ministry said on Monday evening (April 22), Athens News Agency reports. Greece wants to repay early to the IMF nearly 3.7 billion euros (1.5 billion coming due this year and 2.2 billion coming due in 2020).

At the same time, the Public Debt Management Agency (PDMA) will make its next market foray after Easter, while Standard & Poor’s is expected to upgrade Greek economy’s credit worthiness on April 26. 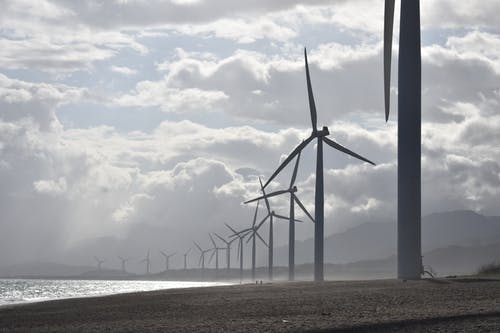 Meanwhile foreign investors are making a dynamic comeback into Greece’s renewable energy sources (RES) market, eKathimerini reports. Greek and international groups such as Motor Oil, China Energy, Hellenic Petroleum, Mytillineos Holdings, Capelouzos Group, GEK ΤERNA, Eltech Anemos and others are strengthening their presence in the dynamically growing market, aiming at a strong portfolio by taking over small but mature projects so as to secure prospects for further growth.

According to ekathimerini, the prospects of energy investments amounting to 8.5 billion euros are making Greece particularly attractive to major foreign investors seeking to collaborate with local leading businesses in the local market.

According to the latest International Renewable Energy Agency (IRENA) report, one third of the energy produced globally comes from renewable energy sources, attracting the attention of major representatives in the conventional fuels sector such as BP, Shell, Total and Statoil, which began investing in renewable energy projects.

The article further refers to a recent survey by PricewaterhouseCoopers, according to which the energy sector accounted for a considerable share of the 100 business deals made in 2017 and 2018, worth some 11 billion euros.