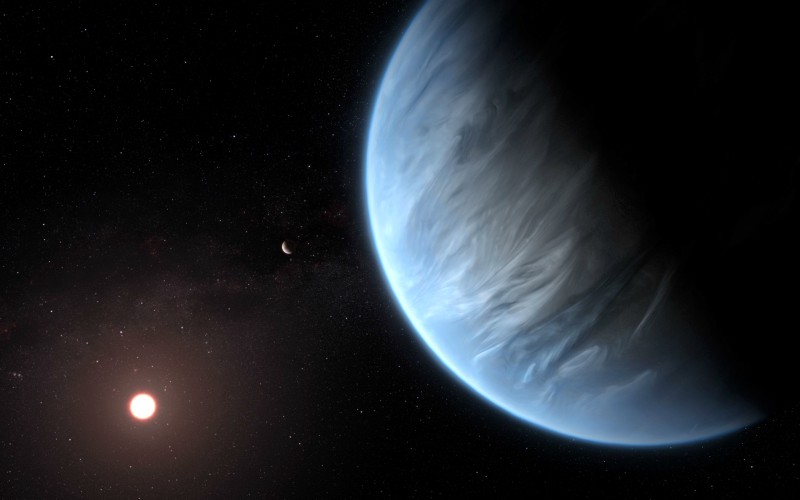 A UCL scientific team, led by Greek astronomer Dr Angelos Tsiaras (UCL Centre for Space Exochemistry Data - CSED), detected water vapour in the atmosphere of an exoplanet, which makes it the most habitable world known beyond the solar system. The planet is named K2-18b and it orbits a cool red dwarf less than half the size of the sun, in the constellation of Leo, about 110 light years from Earth. The discovery was published in the journal Nature Astronomy on 11 September 2019.

This is the first time that water vapour is detected in the atmosphere of a planet located in the “habitable zone” of its star - that is, the zone where the temperature is not too hot or too cold, so that water may exist in liquid form. For now it is impossible to determine whether water actually exists in liquid form on the planet’s surface, or only in the atmosphere.

K2-18b was first spotted in 2015 by Nasa’s Kepler space telescope; it is most probably a rocky super-Earth, with roughly twice the size of the Earth and eight times its mass. Speaking to the Athens News Agency-Macedonian Press Agency (ANA-MPA), the study’s lead author Dr Angelos Tsiaras pointed out that, among the approximately 4,000 exoplanets that have been confirmed to date, "K2-18b is two steps ahead in terms of being able to sustain life." However, given the high level of activity of its red dwarf star, the exoplanet may be more hostile than Earth and is likely to be exposed to more radiation.

The team used archive data from 2016 and 2017 captured by the ESA/NASA Hubble Space Telescope and developed open-source algorithms to analyse the starlight filtered through K2-18b’s atmosphere. The results revealed the molecular signature of water vapour, also indicating the presence of hydrogen and helium in the planet’s atmosphere.

The researchers believe that other molecules including nitrogen and methane may be present but, with current observations, they remain undetectable. Further studies are required to estimate cloud coverage and the percentage of atmospheric water present. Further studies are needed to accurately estimate the percentage of atmospheric water as well as cloud coverage. 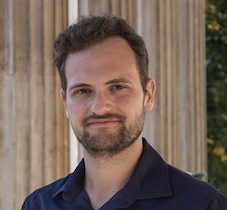 As 28-year-old Tsiaras told ANA-MPA, "K2-18b is definitely not a second Earth, as it has a much larger mass and its atmospheric composition is very different. Nevertheless, we now find ourselves a little closer to answering the fundamental question: Is Earth unique in the universe?"

"This study contributes significantly to our understanding of habitable worlds beyond our solar system and marks a new era in exoplanet research, crucial to ultimately placing the Earth, our only home, into the greater picture of the Cosmos", he added.

Dr. Tsiaras earned a B.S. degree in physics at the Aristotle University of Thessaloniki in 2014 and received his PhD in Astronomy at the University College London in 2017; his thesis focused on the population of explanetary atmospheres. In 2016 he formed part of a scientific team which announced the detection of an atmosphere around the Super-Earth 55 Cancri e, but no water vapour had been traced in that case. In 2017 he also formed part of a UCL-led team of European researchers that had presented a group-analysis of 30 exoplanets orbiting distant stars, successfully detecting atmospheres around 16 ‘hot Jupiters’, with water vapour present in each of these cases.

N.M. (Intro image: Artist’s impression of the planet K2-18b, its host star and an accompanying planet in this system. Photograph: ESA/Hubble, M. Kornmesser)