The Ellinikon Project in Southeastern Athens on the rails!

Usually politicians inaugurate buildings or development projects after they are completed and when they are ready for use. But this time things were different. The Greek prime minister Kyriakos Mitsotakis chose to inaugurate last Friday the start of the construction work of a big Project at the sea side of the old Athens airport in Ellinikon, marking the beginning of a long-delayed and yet flagship investment announced almost eight years ago! Through live TV coverage, viewers had the opportunity to watch, after a brief speech of the PM on site, the demolition of one of the more than 900 buildings left in an area that was abandoned for more than nineteen years.

The large scale of the Project, covering an area of 6.2 million m2, and the number of parties involved representing the Investors, the Greek State, public authorities as well as the neighboring regional and local authorities, accentuated the complexity of the investment. After a series of bureaucratic, judicial and financial long-lasting procedures and political disputes, the Ellinikon Project seems to be ready for take-off. 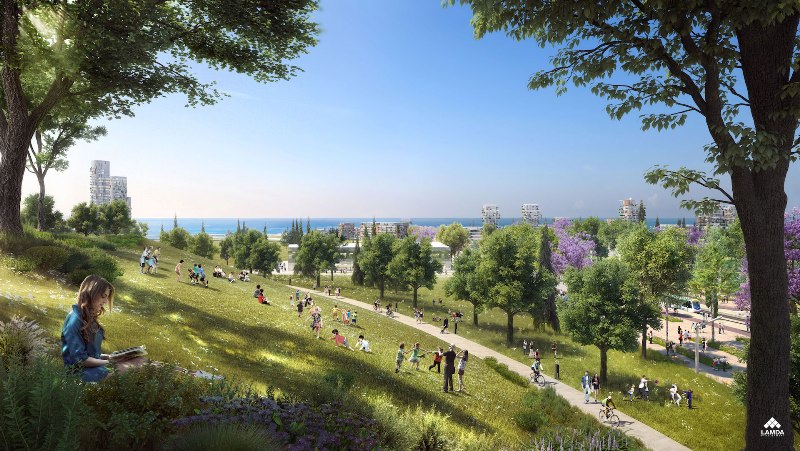 The Project, which is one of the biggest urban regeneration Projects in Europe today, will create a metropolitan area measuring three times the size of Monaco and will comprise cultural, sports, tourism, recreational and educational infrastructures, public spaces and a big open park, housing and mixed use centers consisting of prime offices and retail without neglecting to mention the access to the Athenian coastline. The Ellinikon Project will provide Athens a tremendous opportunity to solidify its position as an all year-round world-class tourist destination while enhancing citizens’ quality of life.

According to Lamda Development, the developer of the Project in Ellinikon, the area which is situated seventeen kilometres away from the centre of Athens, will include the following iconic architectural landmarks enhancing the new urban landscape:

Among the old buildings that will be preserved aiming to enhance the unique architectural identity and heritage of the site, is the East Terminal of the old Athens airport, one of the last works by the world renowned Finnish-born American architect Eero Saarinen constructed in 1959, which will be remodeled into an exhibition centre. The historic hangars, constructed by the British during the World War II, will be transformed into aviation museums, and parts of the runways will be incorporated into the main thorough fares of the Metropolitan Park. 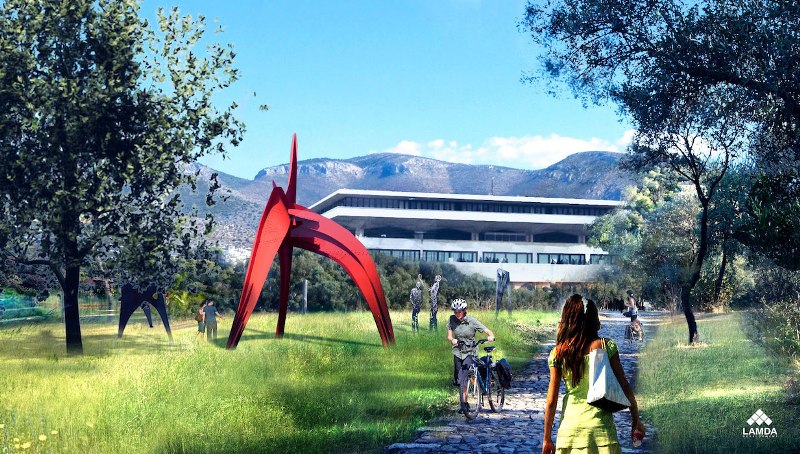 The iconic Saarinen Building in the Ellinikon exhibition precinct

The total investment cost of the Ellinikon Project, which is the most ambitious development Project ever undertaken in Greece is estimated at €8 billion and its operation would lead to the creation of 80,000 jobs, while around 10,000 jobs are expected to be generated during the construction phase. The Project is also expected to contribute to the increase of Greece’s GDP and generate significant amounts in tax revenues to the Greek state.

During the first phase of the Project, €2 billion will be needed and it is ascertained that this amount will come from debt capitals, bonds issuance, capital increase and revenues from rent or sales of properties. The European Bank for Reconstruction and Development (EBRD) has invested €22.7 million in support of the Project in the form of participation in a €650 million share capital increase of Lamda Development. The EBRD funds will be used to identify and support climate actions in compliance with international sustainability schemes as the Ellinikon Project has included plans regarding energy infrastructure, waste management, water efficiency, smart infrastructure, transportation and reduction of air, soil and water pollution.

The Project, that could take ten years to be completed, will create a new local metropolitan identity that will leave its mark and have vast implications on a much wider area. The Project will have a sizeable sphere of influence and positive effects for society, the environment and the national economy.