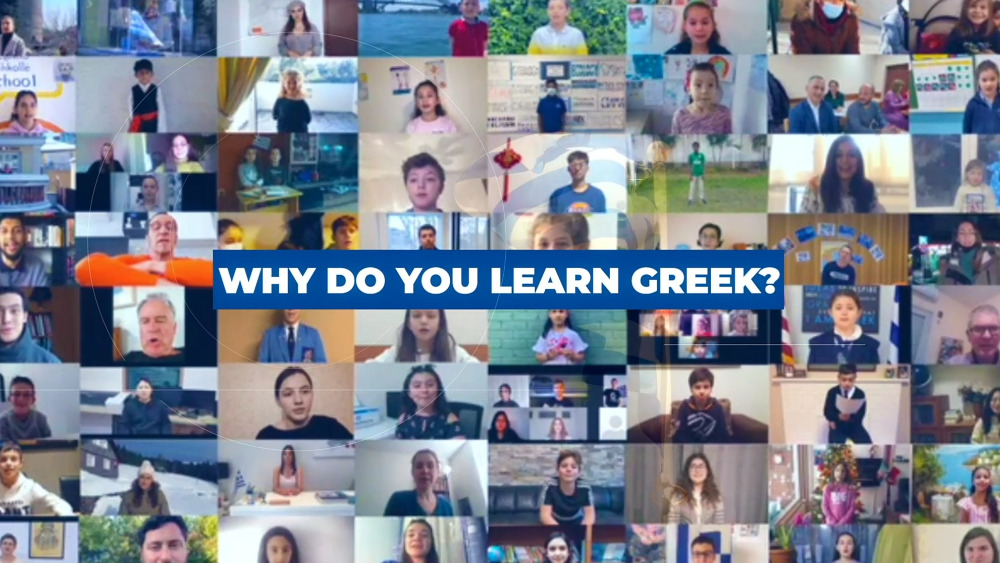 The International Greek Language Day, observed on 9 February, aims to highlight the role that Greek has played in world culture, and to encourage Diaspora Greeks as well as anyone interested in Hellenic culture to learn more about the Greek language.

Established in 2017, it coincides with Commemoration Day of Greece's national poet, Dionysios Solomos (8 April 1798 – 9 February 1857), author of the iconic Hymn to Liberty, a long poem inspired by the Greek struggle for independence, which became the national anthem of Greece and Cyprus.

The aim of this initiative is to highlight the fundamental role played by the Greek language in world culture throughout the centuries and to encourage Diaspora Greeks as well as anyone interested in Hellenic culture to learn more about the Greek language.

This, to celebrate International Greek Language Day, the Hellenic Ministry of Foreign Affairs has prepared a video of Greek speakers from around. 536 students from around the world explain why they are learning Greek in a video created with the collaboration of schools and institutions from 54 countries under the coordination of Deputy Minister for Diaspora Greeks Konstantinos Vlasis.

In an announcement regarding the importance of this commemorative day, Deputy Minister Vlasis pointed out that it does not only serve as "a reminder of our language’s uninterrupted continuity through time, but also a recognition of its timeless global contribution". He also emphasised the Greek language’s continuity which, despite changes over the course of itsmillennia-old history, remains "the thread linking defining moments […] into a single historical timeline".

Vlasis also underlined the Greek language’s strong link with the history of the country’s fight for independence, citing the words of national poet Dionysios Solomos "Does anything else occupy my mind but liberty and language?" and praised it timelessness using the words of Nobel Laureate George Seferis: "Since Homer’s time, we have spoken, sighed and sung the same language". 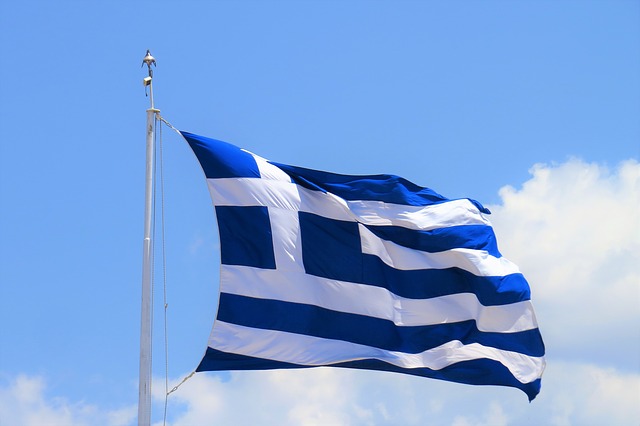 If you are interested in taking up Greek: Find out about www.staellinika.com, a unique digital platform for learning the Greek language, launched by Secretariat General for Public Diplomacy and Greeks Abroad of the Hellenic Ministry of Foreign Affairs and the “STAVROS NIARCHOS” Foundation Centre for Hellenic Studies at Simon Fraser University (SFU), Vancouver, Canada.

Also read GNA’s interview with Vassilis Papadopoulos, a career diplomat specialized in issues of cultural diplomacy, on the lasting influence of the Greek language.

Read also via Greek News Agenda: POEM OF THE MONTH: ‘Hymn to Liberty’ by Dionysios Solomos ; Reading Greece: A.E. Stallings on Greek Mythology as a Source of Inspiration and the Greek Language as a Landscape in Poetry; Angela Ralli on the dynamics of the Greek language in Canada and the IMMIGREC research project; POEM OF THE MONTH: "The Greek language" by Nikiforos Vrettakos