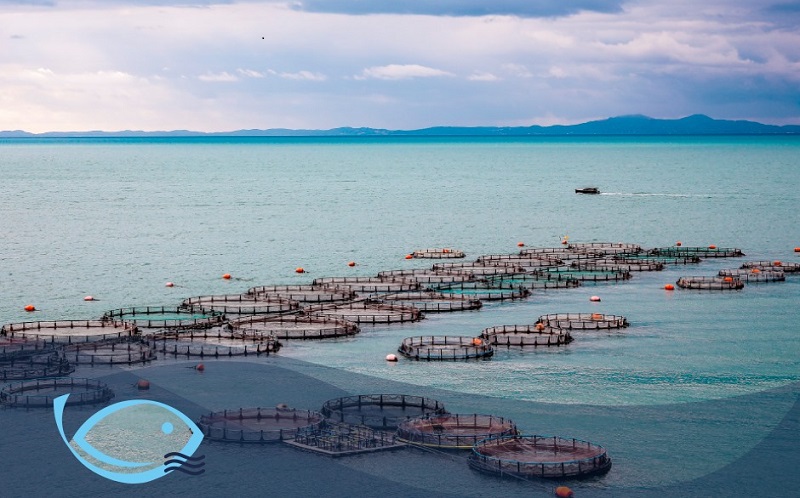 Greece is known for its clear and blue waters, but it is also a country with an important aquaculture production including fish farming in marine and fresh water, shellfish etc. With a fish farming production of 127,055 tons and a value of 553,4 million euros in 2019, Greece ranked 2nd in volume and in value among the EU28 in fish farming (following the UK). The aquaculture industry in Greece is also highly export oriented as approximately 80% of the production is sold in the EU and third countries. When it comes to sea bream (“tsipoura”) and sea bass (“lavraki”), Greece supplied 59% of both species sold in the EU and 22.2% sold worldwide, with a production of 120,500 tons. In the same year Greek farmed fish was sold in 42 countries worldwide, the primary markets being Italy, Spain, and France, while a smaller share was sold to North America and other third countries. 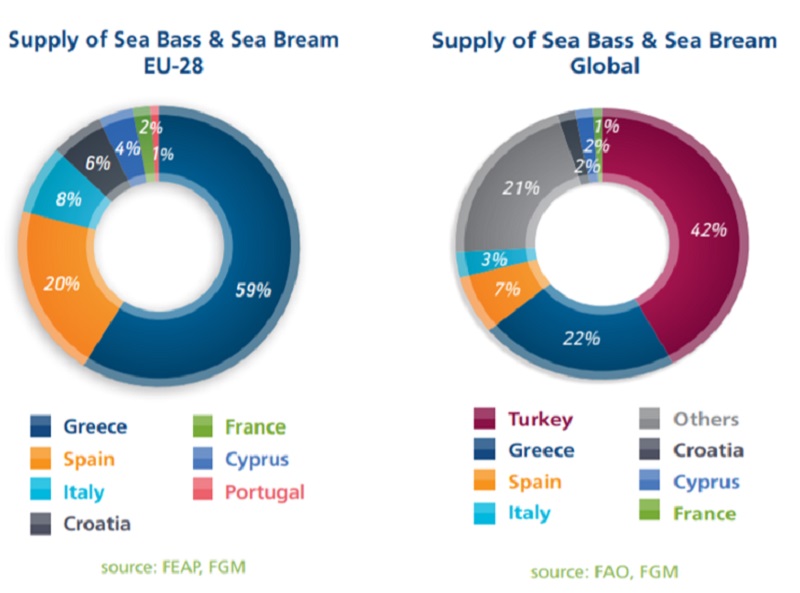 Source: Annual Report 2020 of Aquaculture in Greece by the Federation of Greek Mariculture

This upwards trend in the aquaculture industry observed until 2019 in Greece and globally has been suddenly interrupted because of the Covid-19 pandemic as production has been disrupted, supply chains have been interrupted and consumer spending has been restricted by various lockdowns. Despite this upheaval, aquaculture in Greece remains a dynamic sector having invested in the sustainable growth of the industry looking ahead to the future.

A sustainable and innovative sector 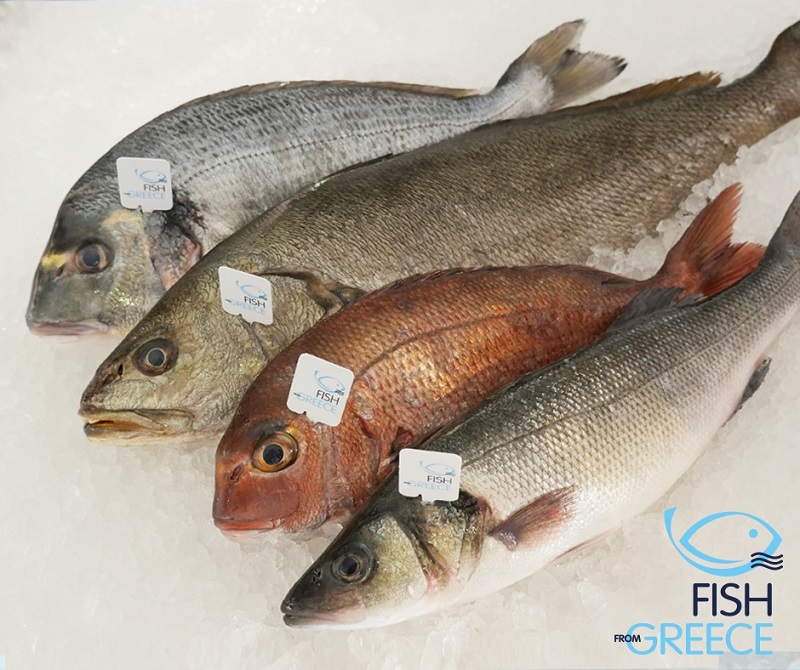 Greek farms have already introduced innovative and sustainable techniques and as a result Greece has now the first certified sea bream and seabass farms in Europe based on the new model Aquaculture Stewardship Council (ASC) that certifies the implementation of responsible production practices. According to this model the impact of aquaculture on fish populations, marine ecosystems and water quality is significantly reduced as it guarantees environment protection and the promotion of positive outcomes for workers and the community.

What is more, the totality of Greek fishing farms has adopted and is committed to the principles of the Code of Conduct of the Federation of European Fish Farmers, applying all the technical recommendations and guidelines of the World Food Organization. The Greek aquaculture sector is committed to provide high nutritional value marine protein through responsible and sustainable operations creating value for the employees, for the environment and for the society.

“Fish from Greece”, a label for the fresh, nutritious and tasteful Greek fish

“Fish from Greece”, a collective label by the Hellenic Aquaculture Producers Organization (HAPO), provides a brand name that guarantees the quality, the freshness, and the taste of the Greek farmed fish, both in local and global markets. HAPO is a nonprofit Organization representing approximately 80% of Greek aquaculture, aiming to provide a wide range of activities such as education, training, advice, networking etc supporting and promoting the Greek aquaculture sector. The qualitative production practices give an additional assurance about the nutritional benefits of fish and fishery products. Being a source of essential nutrients such as high value proteins, micronutrients and long chain omega-3 fatty acids, fish consumption is a key element in a healthy diet.

There are plenty of delicious recipes to savour fresh Greek fish from simple grill or baked in paper to specialized fish preparation and cooking techniques such as carpaccio and fish tartare or sauté fish fillets and fish in a salt crust. There are really many inspired and creative ways to cook and serve fresh fish! This simple and high-quality ingredient can be accompanied with a glass of white wine or ouzo!

The origins and prospects of a dynamic sector

The onset of aquaculture is traced back to China during the period 2000–1000 BC where freshwater aquaculture was developed empirically, while in the Mediterranean region, Romans and Greeks cultivated oysters in the 6th and 5th century BC. This type of aquaculture disappeared with the end of the Roman Empire and it appeared again in the 15th century AD as extensive, large-scale aquaculture in the lagoons of the Adriatic. Modern fish farming started in the 1980s with seabass and seabream farming adopting case farming technology from the salmon industry. 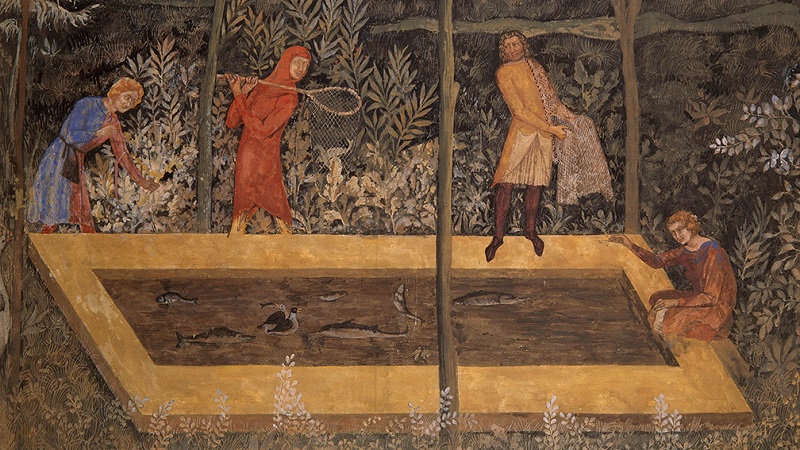 Mediterranean fish farming remains since 1981 the main aquaculture activity in Greece. The Greek aquaculture sector represents a major share of national seafood production and is a vibrant industry. It is one of the key productive sectors in Greece showing competitive advantages due to the favourable environment and climate conditions of the country, the availability of adequate sea and inland areas, the longstanding experience and scientific know-how, as well as the existing infrastructures and the skilled human resources.

Nowadays there are 302 farms operating all over the country most of which are family-owned and SMEs, employing directly almost 4,000 workers and indirectly around 12,000 people including scientific, technical and managerial personnel, as it is mentioned in the Annual Report 2020 of Aquaculture in Greece by the Federation of Greek Mariculture. The production ranges between 110,000 - 120,000 tons per year, contributing to the social and economic development of local communities and the supply of food of high nutritional value with a low environmental footprint.