Learn from the Greeks: Successful Greeks share their inspiring stories in the time of the pandemic

The Consulate General of Greece in Los Angeles (Public Diplomacy Office) along with the Consulate General of Greece in San Francisco (Office of Economic & Commercial Affairs) joined forces to offer an infotaining series of webcasts in the difficult period of the pandemic. The program title was “Learn from the Greeks” and it consisted of interviews with successful Greeks in various fields in the West Coast. Prominent and promising Greeks shared their insights and experience and offered tips to a wider public. 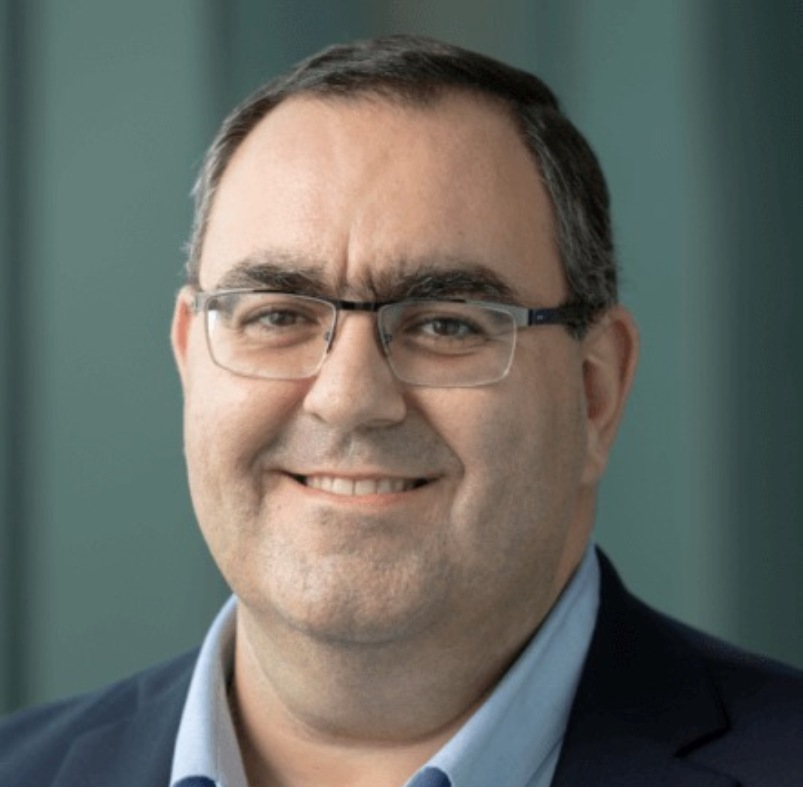 In the first episode of the series, Dr Dimitrios Iliopoulos, worldwide renowned expert in the field of biomedical research, drug discovery and development, author of the best-selling book "Biotechnology Valuation & Investing", Biotech Executive, Entrepreneur and Inventor with a long academic career in top academic institutions such as Harvard Medical School & UCLA School of Medicine, and co-founder of several biotech/pharma companies, including Athos Therapeutics Inc., Dyania Health and Attica Sciences Ltd, talks, among other things, about Dyania’s innovative computational platform that can be used for assessing the risks of contracting COVID-19 and the severity of COVID-19 for each person. He also refers to the development of new chemical compounds derived from selected species of olive trees, mastic gum and ancient Greek herbs for the prevention and therapy of human diseases.

The startuppers and the gamer 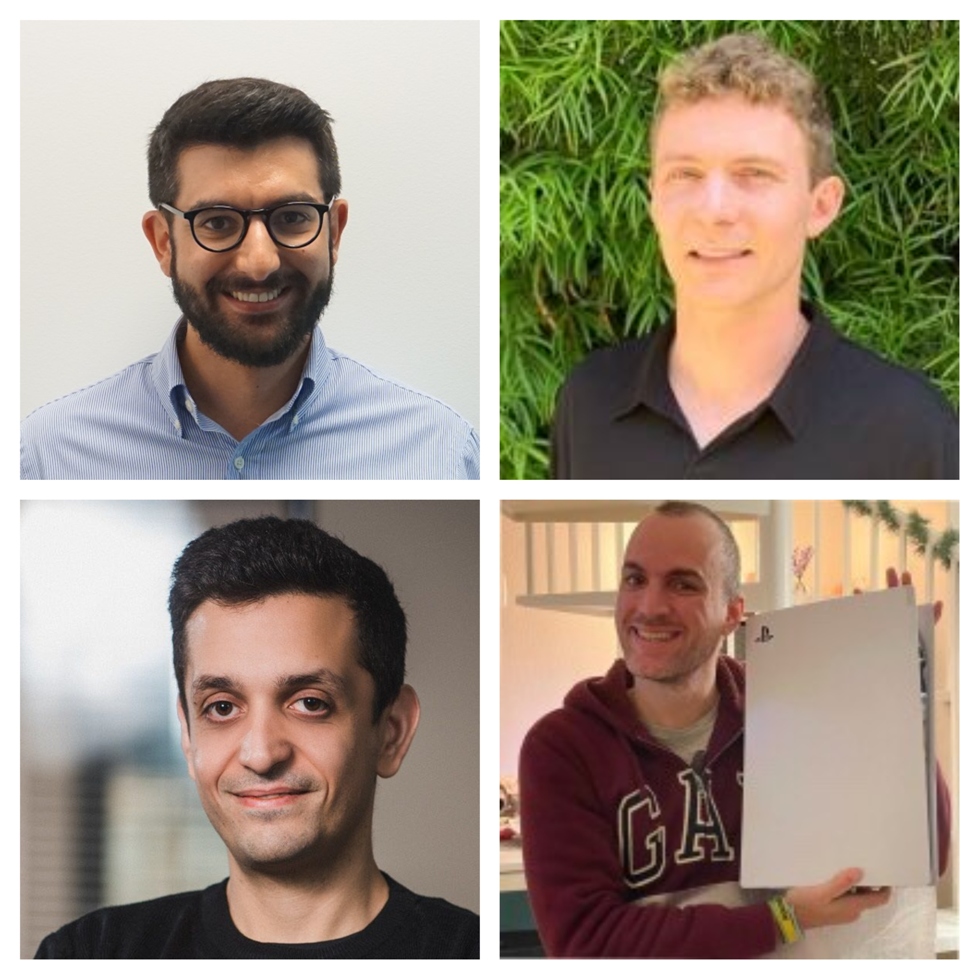 In the second episode, George Eleftheriou, Co-Founder and CEO of Sentio Solutions, a San Francisco based startup developing digital biomarkers and therapeutics to change the way we diagnose, monitor, and care for Mental Health, presents Sentio Solutions which support individuals and offers advice for entrepreneurs, while in Episode 3 Tony Constantacos shares tips and tricks on how to enter the competitive world of Professional Gaming and eSports. 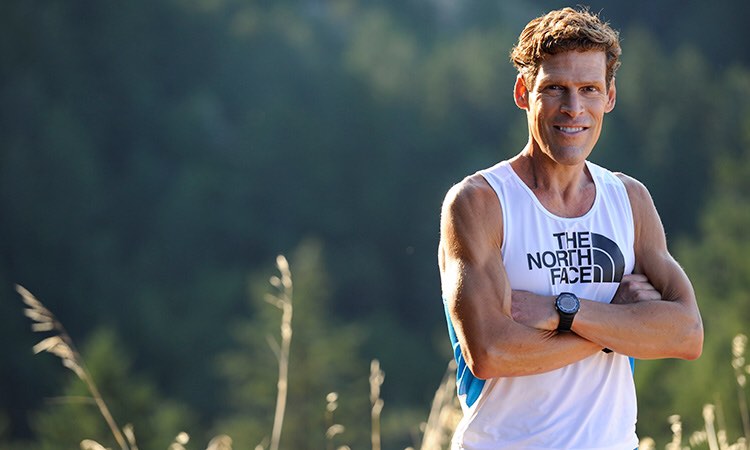 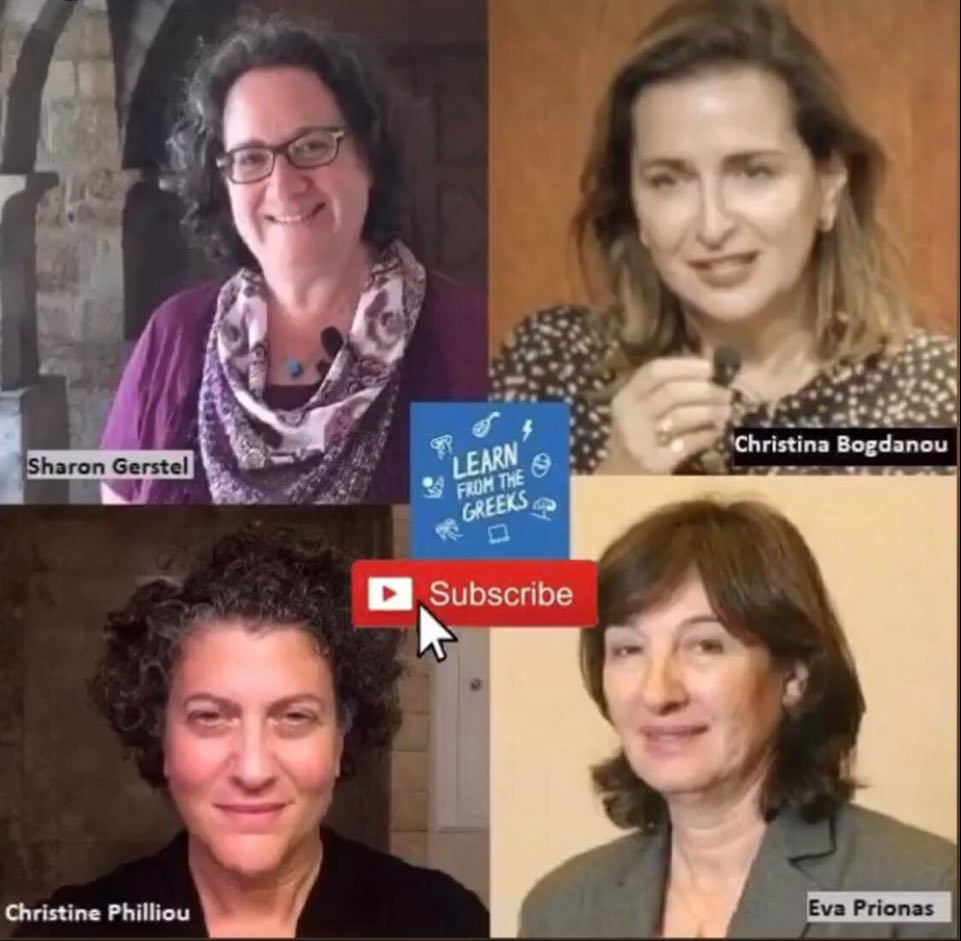 Dr Sharon E. J. Gerstel, Professor of Byzantine Art and Archaeology at the UCLA Department of Art History, Director of the UCLA Stavros Niarchos Foundation Center for the Study of Hellenic Culture and holder of the newly established George P. Kolovos Family Centennial Term Chair in Hellenic Studies. Professor Gerstel was recently bestowed with honorary Greek Citizenship and presented the Commander of the Order of the Phoenix medal. (Episode 7).

Christine Philliou, Professor in the Department of History at the University of California, Berkeley (Episode 9). 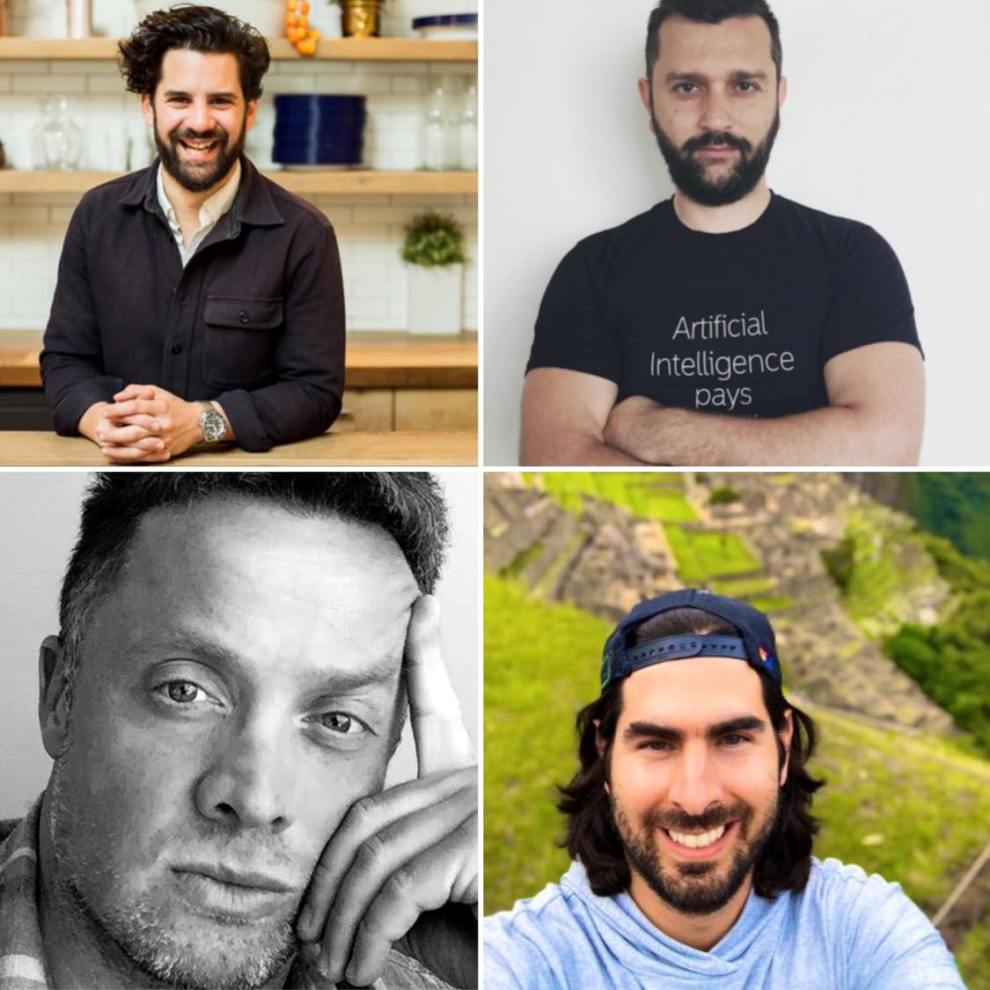 Episode 11: Jonathan Williams Margaritakis, founder of the hugely popular yoghurt bar chain Go Greek. Imported to the US from Greece, the yoghurt offered at Go Greek has attracted crowds of happy customers since the opening of its first store in Beverly Hills in 2013. Further openings followed, including a store in Santa Monica, and at the Venetian Hotel in Las Vegas.

Episode 12 features Jon Vlachogiannis, startup founder, entrepreneurship enthusiast and investor. Jon founded his company Bugsense and is the founder of OMGDrops NFT platform. Most recently, Vlachogiannis, along with data scientists from the University of Pennsylvania and the University of Southern California, conceptualized and implemented EVA, a unique machine-learning system aimed at battling the spread of COVID-19. The EVA algorithm was employed by the Greek Government during the summer of 2020 to determine which of the incoming travellers would be tested upon arrival. His latest project is the NFT conference, "V as in MetaVerse".

In Episode 14, Charles Bililies, founder and CEO of the hugely popular group of fast-fine restaurants Souvla talks about the challenges the restaurant industry faces due to COVID. 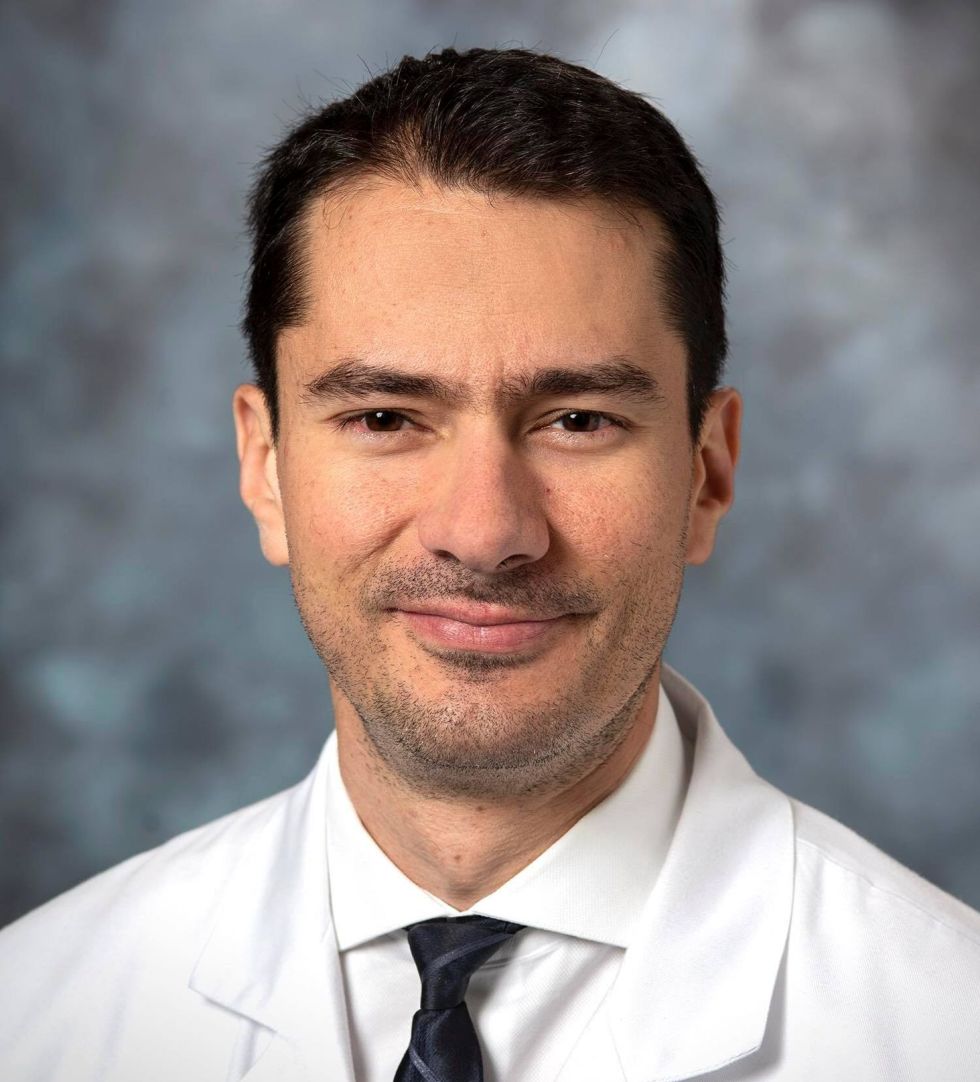 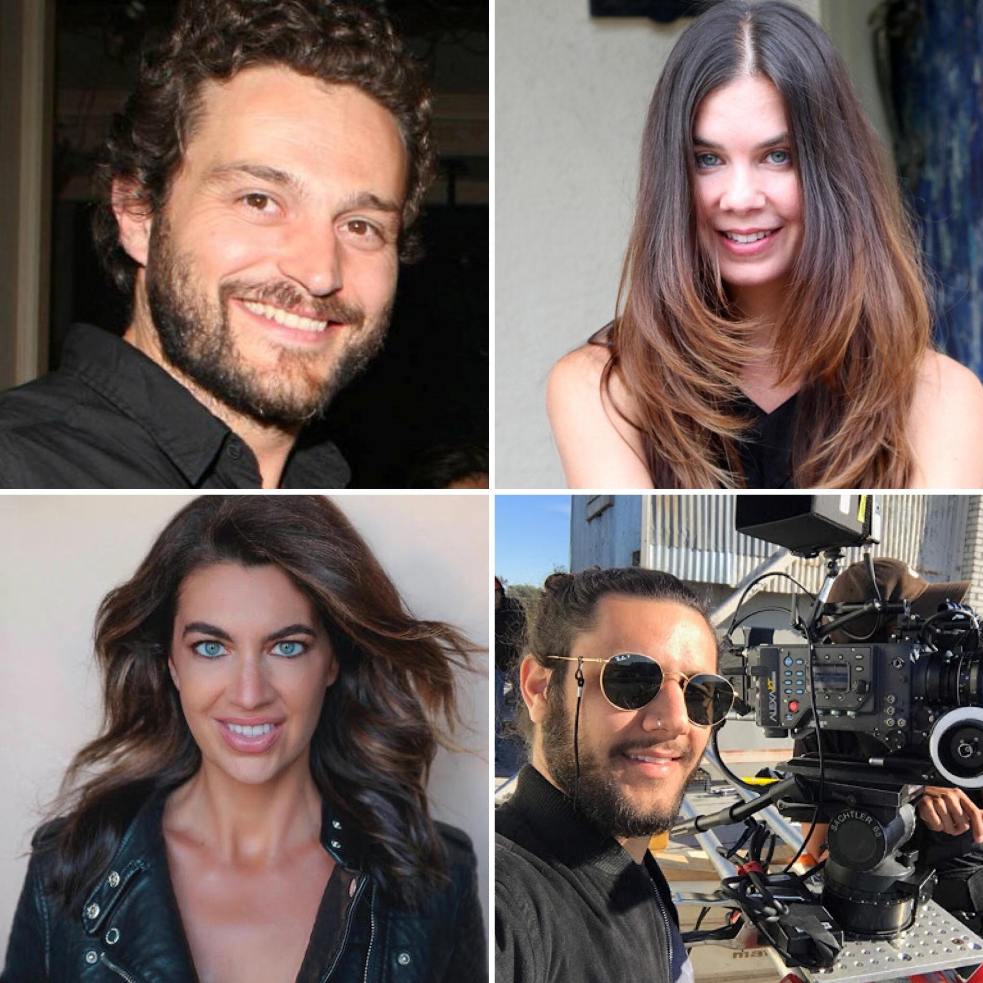 Yorgos Karamihos is an actor, director and acting teacher, born and raised in Greece. He graduated from the Philosophy and History Department of Ionian University and The Greek National Theatre Academy. In 2012 he received a Fulbright Scholarship as an exceptional artist to attend the full-time program at Stella Adler Acting Academy in Los Angeles. He has been teaching acting on stage and in front of the camera using his own technique based on animal archetypes in various acting schools and healing centres in Greece and at The Stella Adler Acting Academy-Los Angeles/USA. His latest project is the theatrical production Makriyannis Unplugged, a work he created adapting selected passages from the memoirs of General Makriyannis to provide an artistic rendering of major events from the history of the Greek nation in the last two centuries. The performance will be staged in LA, SF and Athens (Episode 5)

Episode 16 features Katerina Moutsatsou, actress, producer, writer and podcaster. She is also a screenwriter and producer of experimental films, videos, and animation series, which focus mainly on subjects related to her country of origin, Greece.

Episode 17: Savvas Christou, filmmaker and director, has written and directed 13 short films, 5 of which were awarded in local and international film festivals. The film "A Scream That's Trapped Inside" (2017) was awarded as the 'Best Short Film' in 19 Festivals all around the world. “Christou’s debut feature “Captive” aka “Katherine’s Lullaby” has been recently distributed in the USA. The idea for "Captive" was born in 2014 after a random conversation he had with a homeless person in Thessaloniki, Greece.

Episode 20: Lia Bozonelis is a screenwriter, writer, producer, and member of the Board of Directors of the Los Angeles Greek Film Festival. Her pandemic thriller 'Safer at Home’, which she co-wrote and co-produced for Voltage Pictures during the Covid-19 lockdown, is currently being distributed internationally by Vertical Entertainment and is available on Amazon, Apple and VOD platforms, as well as select theatres and drive-ins. In conjunction with her own writing, Lia consults on a myriad of feature and television projects and served four years analyzing projects to build a slate of sub $35MM original films for Netflix. She also consulted for Ridley Scott’s shingle Scott Free Productions and OddLot Entertainment and George Clooney’s Smokehouse Pictures and is a former reader for both film and television for HBO OddLot Entertainment, Anonymous Content, among others. Moreover, earlier this year, she was one of the honorees of the Greek America Foundation's list of 40 under 40 for 2020. Next up for Bozonelis is her psychological thriller feature ‘Ghosted,’ which she co-wrote and will produce with Meridian Entertainment, as well as her dramedy feature ‘Deep-Sea Baby,’ which is being packaged to shoot in Greece. 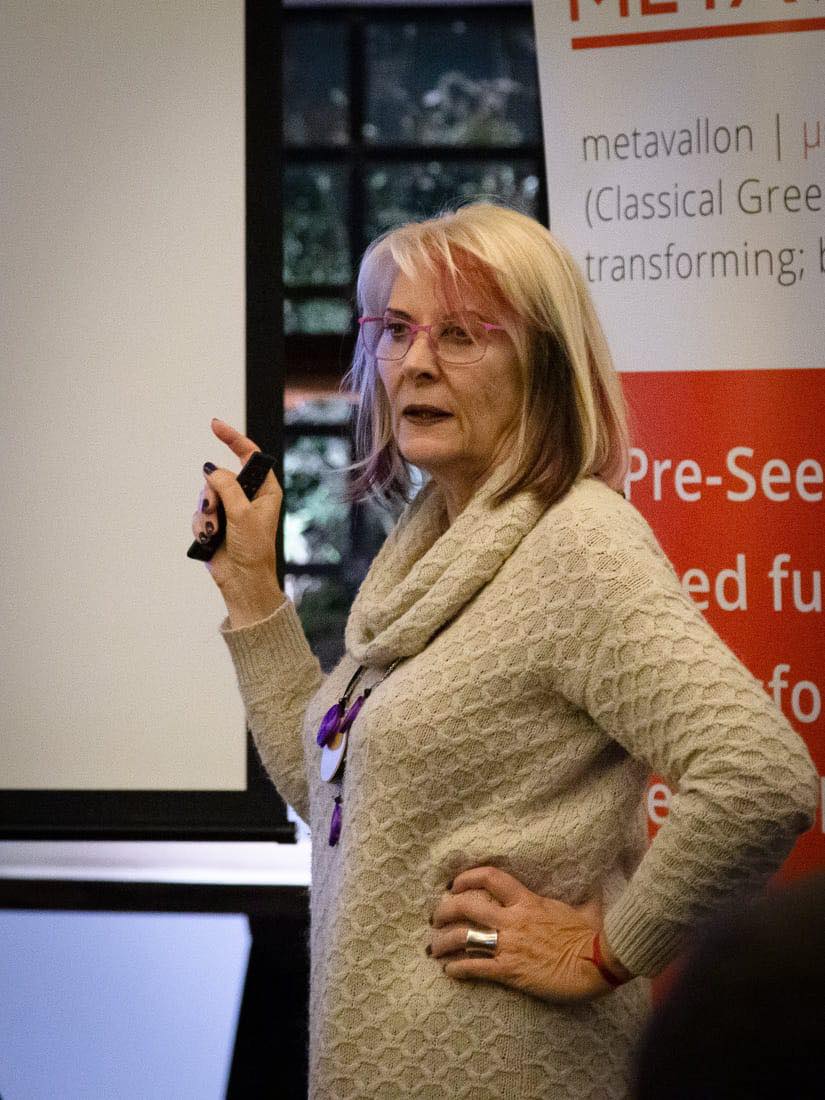 Episode 18:Leda Karabela, corporate reputation strategist and leadership coach in international management, public affairs, and strategic philanthropy. Her career focus has been building alliances with institutional stakeholders having also worked on academic /private partnerships projects at Stanford Business School, as well as Fortune 50 companies such as BP and Microsoft, working with both physical and virtual teams in multiple countries. 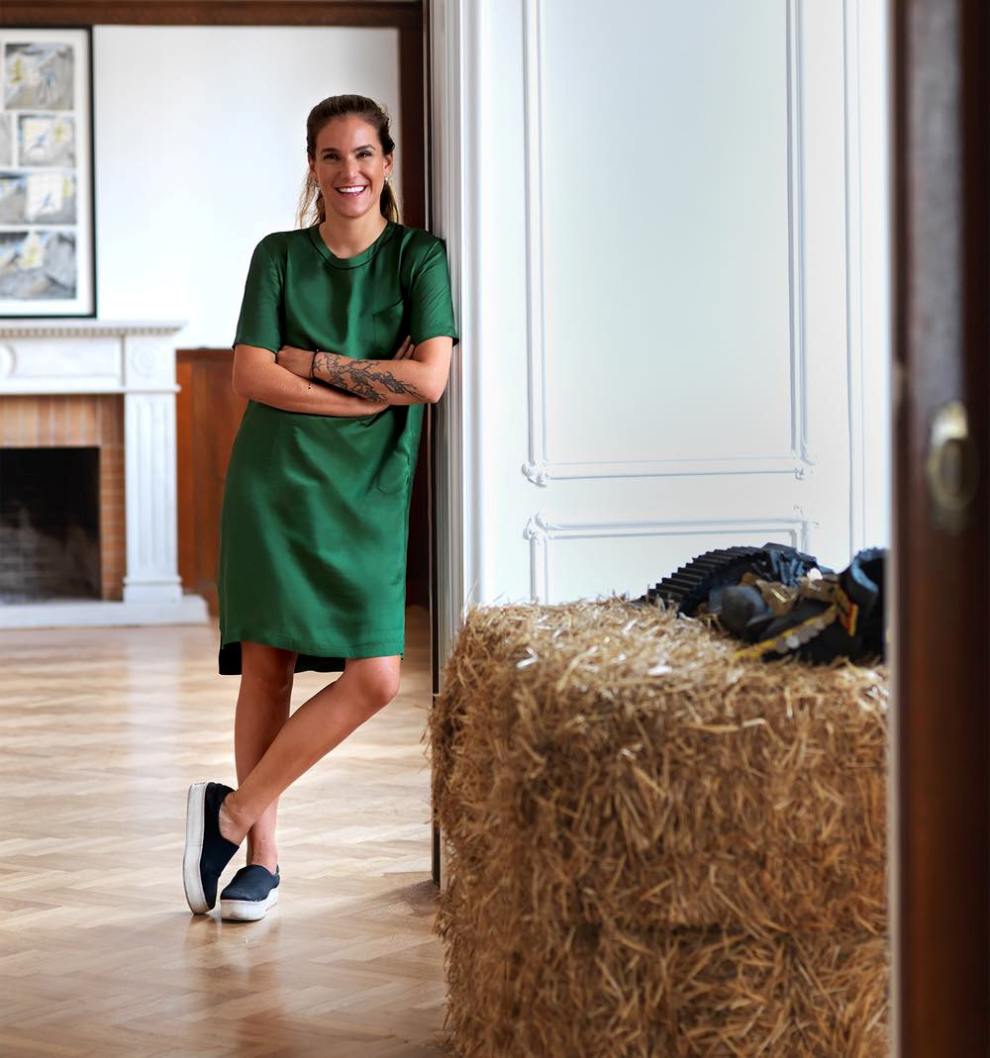 Episode 19: Artemis Baltoyanni, art advisor, has worked with American contemporary artist Elizabeth Peyton, for McCabe Fine Art advisory services, and as Director at the famous Upper-East-Side gallery 'Venus Over Manhattan' of the collector Adam Lindemann. She lives today between Athens and Los Angeles, offering her precious insight to loyal clients and organizing new exciting collaborations with galleries from all over the world. In September 2019, she opened her own exhibition space The Intermission in Piraeus, Athens. The Intermission invites artists to occupy the space with specific projects in partnership with their representing gallery when there is one. Moreover, it helps realize new productions. It's an unconventional, free-spirited model, and allows artists to participate and unleash their creativity.