Mention “architecture” to a foreign visitor to Greece, and the first image coming to mind will likely be the Parthenon on the Athenian Acropolis. Despite the fact that the Parthenon was built in the mid-5th century BC by the architects Ictinus and Callicrates, under the supervision of the sculptor Phidias, it remains up to this day not only an enduring symbol of Ancient Greece but also one of the most recognized temples in the world for its architectural form. In fact, Le Corbusier – who is widely known as the father of modern architecture – was overwhelmed by the Parthenon and referred to it in terms of “the pure creation of the mind”. 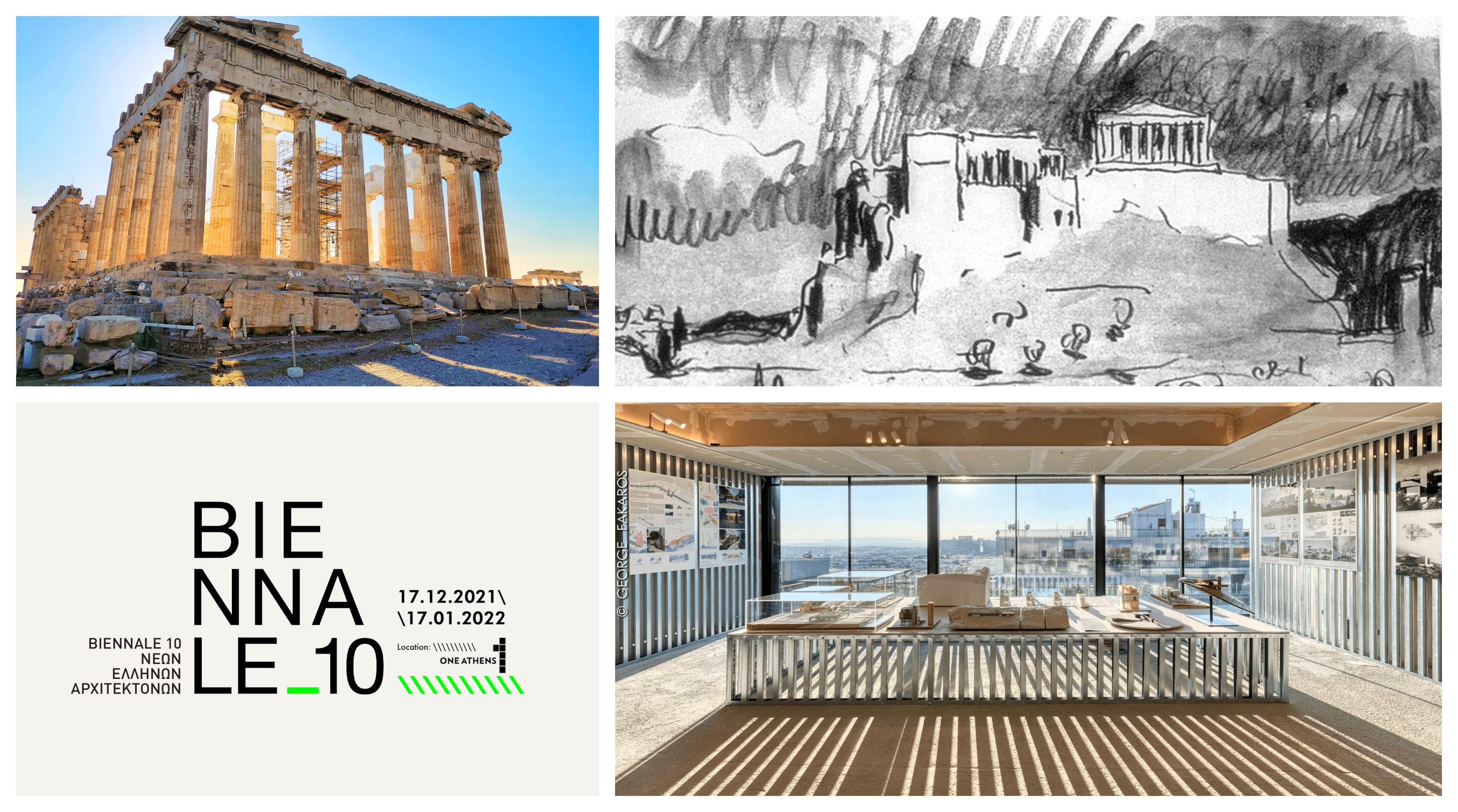 Even though the Parthenon represents over time “the supreme effort of genius in pursuit of beauty”, modern Greek architecture has a story to tell, too. The question is whether the younger generation of Greek architects succeeds in leaving its own mark in space and time? Perhaps the 10th Biennial of Young Greek Architects -an institution that is recurrently documenting the best current ideas among young architects and designers- has the answer! Running through 17 January 2022 in the city of Athens, the exhibition presents 82 entries that were submitted from all over Greece, while the percentage of studies outside Greece (mainly from Cyprus, as well as New York City, Copenhagen, Strasbourg, Mozambique, and Vietnam) is also impressive.

In the midst of the pandemic, the exhibition entries highlight a particular aspect of recent architectural production. The predominant theme of the projects is the reflection in relation to the always topical issue of housing, with the issues of urban regeneration and public character being clearly less, although particularly remarkable. In this participation, ‘youthful” synthetic proposals emerge, reminding us that there are young architects who can move beyond conventions and current trends; instead, they appear through their work, highlighting creativity, global values, and the social dimension of architecture, looking towards the truly “new” through the historical continuity and its overthrow.

Within this context, it is worth mentioning that this year’s exhibition is taking place at the transforming modern “monument” of One Athens, which has its own symbolic significance. An icon of modern Greek architecture, the building was originally designed in 1957 as the headquarters of the visionary architect and urban planner Constantinos Doxiadis. Doxiadis selected a plot in the pine-clad foothills of Mount Lycabettus, a vantage point that afforded sweeping views of the city as far as the sea, and calculated that his top-floor office would be the same height as the Parthenon, so the view would be not only phenomenal – it would be unique.

In 2008, Cyclamino S.A. acquired this landmark building, renamed it One Athens, and transformed it to its current use by preserving its three key elements: the pixilation of the facade, the four stairways, and the courtyard. The architect commissioned to deliver the vision of the new owners was Divercity Architects. Their approach was inspired by Doxiadis’ theory of Ekistics, namely that urban architecture should create a sense of community through open, engaging buildings that can accommodate a variety of lifestyles. Maintaining the elegant simplicity of the structure, the new design is faithful to Doxiadis’ legacy but forward-looking in its cutting-edge design. 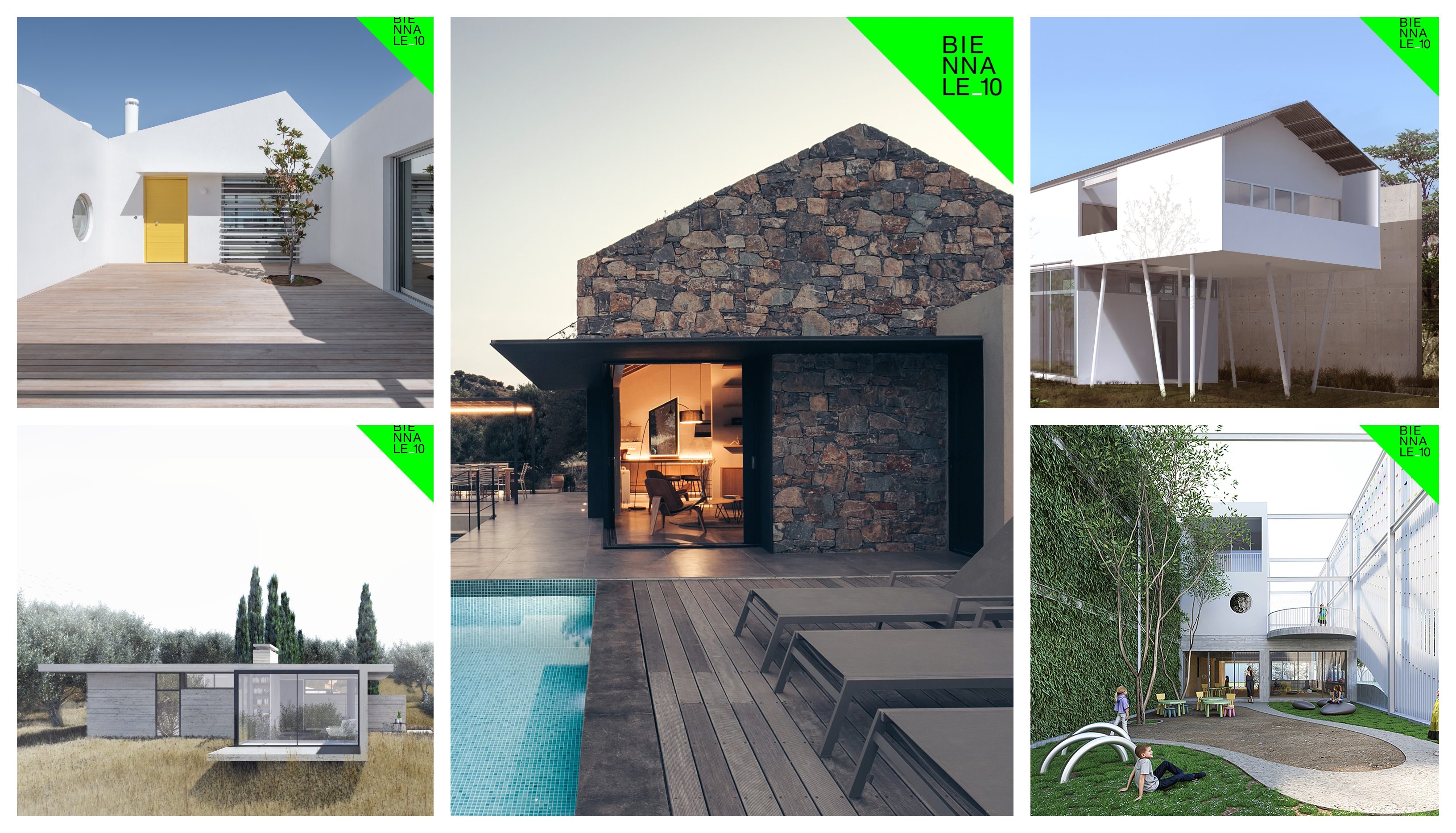 Last but not least, special mention should be made to the 10th Biennial’s anniversary character; more specifically, it takes place a quarter of a century after the launch of the 1st Biennial in 1995, in parallel with the founding of the Hellenic Institute of Architecture. The Hellenic Institute of Architecture is a non-profit organization founded in 1995 with the mission of promoting Greek architecture.  In cooperation with various institutions such as the Municipality of Athens, the German Architecture Museum, and various country embassies, the Institute has organized lectures featuring renowned architects, book publishing initiatives, and exhibitions, including “Hellenic Architecture in the 20th Century,” which was presented in various European cities. It has also established the Architecture Awards and the Young Greek Architects Biennial.

The aim of establishing the Biennial institution was to encourage young architects to showcase their work through exhibitions, talks, and publications. In fact, hundreds of young architects have participated in the Biennial over the past 25 years, many of whom later distinguished themselves as professionals and/or academics in the field.