The Christmas Toy Factory at Technopolis 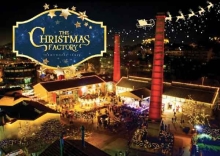 The fabulous Christmas Factory returns for the third consecutive year atTechnopolis from November 27, 2015 to January 6, 2016. With new impressive decorations, interesting workshops, amazing games, delicious treats and numerous events, it aims to offer visitors an unforgettable experience, includingSanta Claus and his cheerful elves that will be there to welcome all.

Visitors will also have the opportunity to enjoy theatrical performances, choirs and ensembles, puppet shows, shadow theatre as well as traditional Christmas songs and dances by local groups. Visitors will have an up-close look at preparations for the making and distribution of presents to children. Visit the Christmas Factory and experience the magic of Christmas! Santa also asks his little friends to bring their old toys, books or clothes to The Christmas Factory so that he can give them out to children in need.

"In One Breath: Greece Under the Sea"

The Eugenides Foundation invites visitors on a journey into the magical world beneath the waves, revealed through stunning images by underwater photographer and diving instructor Stefanos Kontos. The exhibition “In One Breath: Greece Under the Sea,” consists of 30 photos printed on metal to create a 3D sensation.

The photographs are on display around the hall of the old planetarium, which has been transformed to recreate the sense of being underwater. The exhibition runs to December 31, 2015. 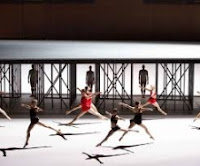 The Onassis Cultural Center presents "Available Light", a pivotal work of contemporary dance that was first staged in 1983 and was the vision of three legends of American minimalism: choreographer Lucinda Childs, composer John Adams and architect-set designer Frank Gehry.

The three artists will be in Athens from December 5-7 to recreate the legendary production, which reveals not only the individual artistry of its three creators but also the shared aesthetic that was common to their experimental approaches. 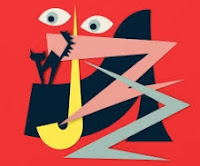 This year’s event goes beyond presentation to actively encourage a fertile stylistic pluralism which combines the contemporary with the traditional to feed into the vivacity of the Greek jazz scene.

It’s all about the celebrated Greek honey, its byproducts and its uses at this year’s Greek Honey and Bee Products Festival, to take place December 4-6, 2015 at the Peace and Friendship Stadium in Neo Faliro.

The Festival, taking place for the 7th year (since 2007), brings together more than 70 honey producers from around Greece and its islands, experts, chefs, amateurs, and connoisseurs for three days of events including seminars, honey tasting happenings, children’s shows, cooking, pastry-making, workshops as well as bee-keeping demonstrations.