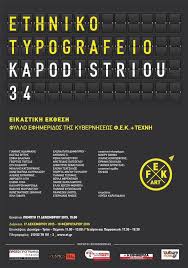 The National Printing House, who has literally impressed the history of the Modern Greek state with its actual “letter” of the law, the Government Gazette (FEK), is turning 190 years old.

On this occasion, it has inaugurated the ‘FEK + Art’ exhibition in its premises with the participation of 30 artists of different ages and techniques. “Very few of the works pre-existed the project. The rest are completely incorporated into the National Printing House’s environment, as the artists drew ideas from many different facets of its operation”, says the exhibition’s curator Louiza Karapidaki. Among the artists participating in the exhibition are Yiannis Psychopedis, Kallirroi Marouda, Alekos Kyrarinis, Aphrodite Litti, Yiannis Adamakis, Dimitris Sevastakis and Rena Papaspyrou. The exhibition runs until February 10.

“We have also launched a special competition for graphic artists that ends in early January, as we are looking for original proposals to upgrade the Government Gazette from both an aesthetic and a functional perspective, so as to bring it more in line with the changes in printing and digital technology”, says the institution’s secretary, Dimitris Papadimitropoulos. 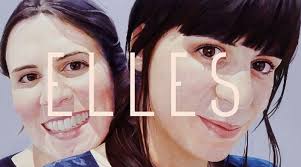 Frissiras museum in Athens presents the exhibition “ELLES” which pays an extended tribute to the European women painters of the second half of the 20th century. The aim of this exhibition, which includes works by 67 female artists from the Frissiras collection, is to pay homage to the gender that has contributed silently, but decisively to the formation of contemporary art, stepping out of the background and demonstrating truly that art is genderless.

“Elles,” says Frissiras, is one of the most important exhibitions ever held by the museum, which celebrated its 15th year in operation this year. “In the last 60 years, women have had a strong presence in the world of the arts, dedicating time to art, and this is evident in the result,” says Frissiras.

The art on show covers all the major historical events and sociopolitical revolutions from 1950 to present and the artists bring to the fore one of the questions that shaped contemporary art history: Is there such a thing as female art?

The exhibition runs through June 30.

With unparalleled assurance, Shakespeare creates a monstrous but charming villain aiming to explore one of his favourite themes: the insatiable hunger for power, the chaos that follows, and the inevitable fall, in a world that lives and thrives on violence and cruelty.

The cast includes Dimitris Lignadis as Richard III, Karyofyllia Karabeti as Elizabeth and Themis Bazaka as Margaret. The play is directed by Yannis Houvardas. Performances will run through February 14. 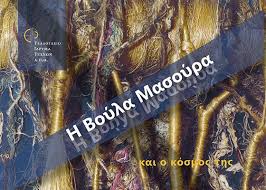