Ancient City of Knossos was Much Larger and Prosperous than Thought

Archaeologists recently discovered some new surprising information about the ancient city of Knossos located on the Greek island of Crete. Newly-launched archaeological digs on the island have discovered that Knossos, the seat of power of the Minoan Civilization, was around three times larger during the early Iron Age than previously thought. 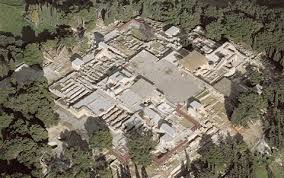 This was the major finding of the Knossos Urban Landscape Project, which found that not only did Knossos recover from the collapse of the socio-political system around 1200 BC, but also thrived as a cosmopolitan hub of the Aegean and Mediterranean regions.

The Project was initiated by the British School at Athens as a collaborative project with the 23rd Ephorate of the Hellenic Archaeological Service, aiming to survey intensively and systematically the Knossos valley. Over the past decade, the Project has recovered a large collection of ceramics and artifacts dating back to the Iron Age. The relics were spread over an extensive area that was previously unexplored. Some 440,000 artifacts have been collected, and hundreds of archaeological features identified. The exploration revealed considerable growth in the size of Knossos during the early Iron Age and also growth in the quantity and quality of its imports coming from mainland Greece, Cyprus, the Near East, Egypt, Italy, Sardinia and the western Mediterranean. 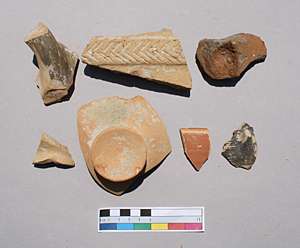 "Even at this early stage in detailed analysis, it appears that this was a nucleated, rather densely occupied settlement extending over the core of the Knossos valley […] No other site in the Aegean period has such a range of imports”, says Antonis Kotsonas, a University of Cincinnati assistant professor of classics, which serves as a consultant on the project, noting that the majority of the materials, recovered from tombs, provide a glimpse of the wealth in the community, because status symbols were buried with the dead during this period.

Kotsonas highlighted his field research with the Knossos Urban Landscape Project at the 117th annual meeting of the Archaeological Institute of America and Society for Classical Studies, which took place on January 6 to 9 in San Francisco. Kotsonas' presentation was part of a colloquium themed, "Long-Term Urban Dynamics at Knossos: The Knossos Urban Landscape Project, 2005-2015."