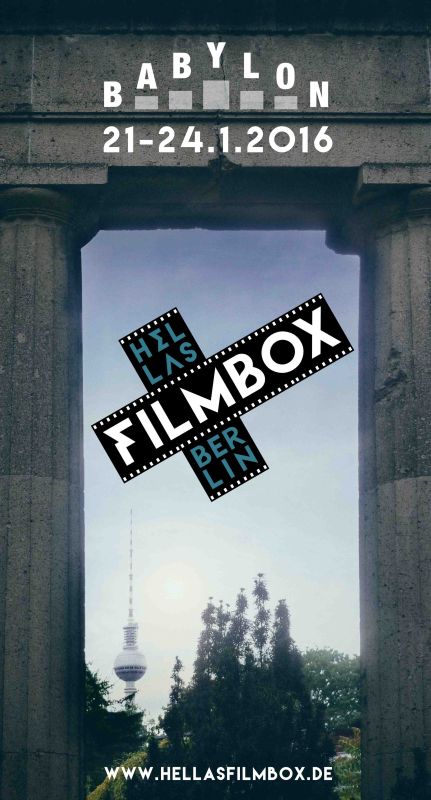 The German-Greek Cultural Association, founded in Berlin in 2015 in order to improve German-Greek ties through culture, will host this year the Hellas Filmbox Berlin film festival between January 21 and January 24, at the Babylon cinema theater in eastern Berlin.

According to Hellas Filmbox Berlin, the festival aspires to become an annual event and a platform for ”New Greek Cinema” with insights into Greece’s current situation, its people, inner conflicts and secrets. “To see Greece through the eyes of its filmmakers should give the German and European audience a clear, direct and honest experience – one that is almost impossible to gain through the German media of the last five years. Greek films have far more to say about the crisis happening in Greece than daily German newspapers.”

“We would like to start a constructive dialogue between Greece and Germany by highlighting the current emotional and political cracks between the two”, says Asteris Kutulas (Founder of the German-Greek Cultural Association and Festival Director), “Films in general trigger a range of opinions which is the best starting point for any discussion” he adds.

Pantelis Voulgaris’ “Little England” will open the festival and Athena Rachel Tsaggaris’ “Chevalier” will be the closing film. The Greek Film-makers in Berlin section features the work of directors who live and work in the city, while the stival’s short film section covers culture-clash comedies. In total seventy-one new Greek films will be presented at the festival.