The National Archaeological Museum in Athens is celebrating 150 years of its foundation. The anniversary is on October 3 but various exhibitions and events will be held throughout the year, announced its director, Maria Lagogiannis.

During the presentation of the 2016 panorama, it was also announced that the Greek section of ICOMOS (International Council of Museums), proclaimed the museum as the honored museum for 2016 on the International Museum Day (18 May), due to the contribution of culture and the nationwide character of its collections, representing its universal values. 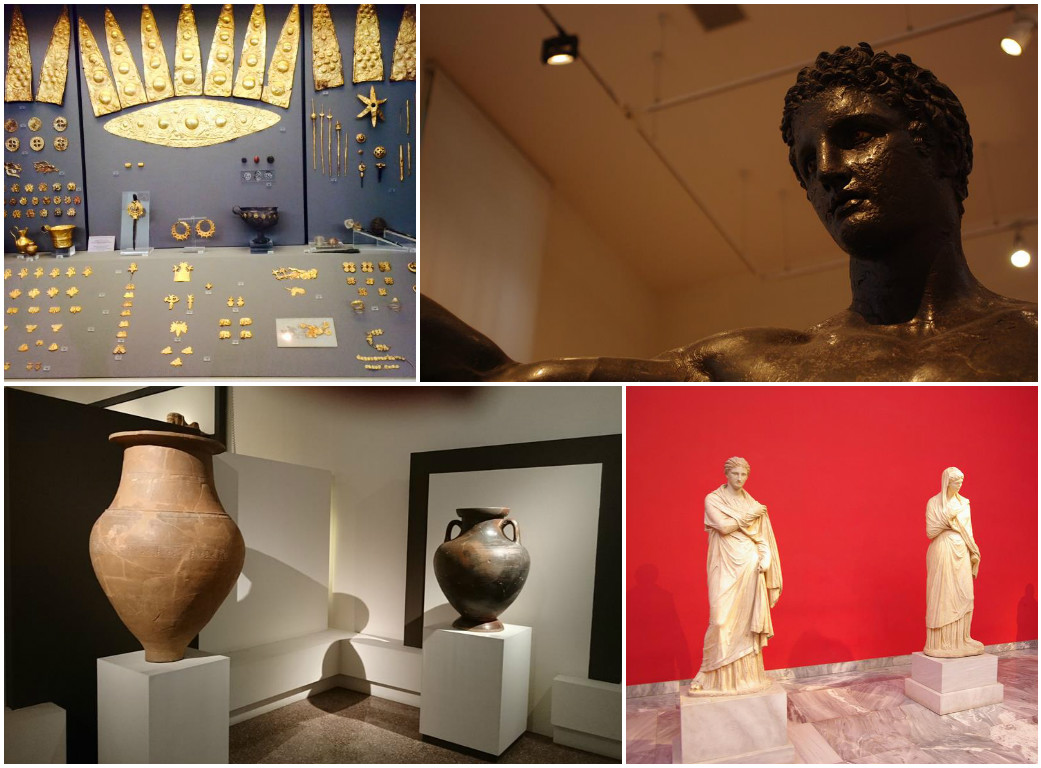 2016 will be marked by old and new exhibitions that evolve, such as the “Unseen Museum”, which offers a glimpse into the world of storerooms where statues, jewelry, vessels and other everyday objects patiently await the moment to become the center of attention. A new exhibit has been added to the collection, namely the Attic red-figure calyx krater, an eminently banquet vase, dating between 390 and 385 bC., which depicts Dionysus besides Victory, and will remain in the Hall of the Altar for two months (4 January to 20 March).

Another notable exhibition is “A dream among splendid ruins…Strolling through the Athens of Travelers 17th-19th centuries”, which runs through October 8. The exhibition constitutes a charming narrative of the city’s monumental topography, offering an image of Athens, as seen through the eyes of travelers, during their romantic Grand Tour to the capital of Hellenism.

From the new exhibitions scheduled, “Odysseys” will highlight the timeless struggle of human survival, development, acquisition of knowledge and happiness through the unique collections of the museum that start from the Neolithic period and end in late antiquity, while “Open Museum” exhibition will focus on a dialogue with society and the involvement of the Museum with social partners.

Meanwhile, throughout the year, the museum will feature innovative actions in collaborations with educational institutions, art organizations, unions and social organizations such as the Association of Sculptors, the School of Antiquities Conservation and Athens School of Art, the Museum of Herakleidon, the Athens State Orchestra, the National Tokyo Western Art Museum, the Metropolitan Museum in New York, the National Theatre, the National Gallery, the Library of the Hellenic Parliament etc.