‘Aesthetics of Crisis’: Street Art in Years of Austerity

In the context of the recent crisis, street art and graffiti have become important mediums of expression and protest in Athens. Walls covered in paint have vividly mirrored and documented the development of the economic and socio-political crisis in Greece, as well as its repercussions on its capital, Athens. For Athenian youth especially, walls of all type have become a canvas for expressing their frustration, anger and anxiety, as well as hopes and alternative visions for the future.

Aesthetics of crisis is an ethnographic research project at the intersection of urban theory, visual culture and social movement studies. It looks at the crisis from a micro-perspective, focusing on the symbolic practice of street art. It aims to carve out the various and complex iconographies and aesthetics of the crisis by analysing political urban art in contemporary Athens.

Julia Tulke, the woman behind the project, conducted field research in Athens between January and April 2013. Street art photography formed an integral part of her project, which had a distinct focus on the politically contested neighborhood of Exarcheia, where clean walls are a real rarity, as well as on the neighborhoods of Kerameikos/Metaxourgio and Psirri that are equally packed with street art and graffiti. 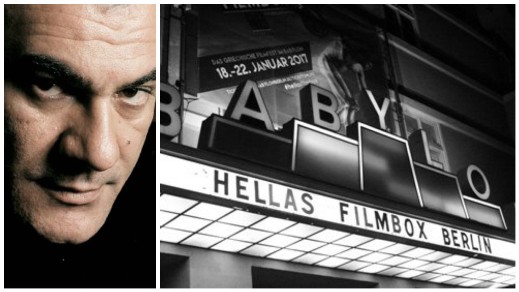 Apart from building an extensive photo archive and exploring the local geographies of street art, the project comprises interviews with street artists, activists and researchers, aiming to enable a dialogue about how political discourses manifest in urban public space and are negotiated through critical spatial practices.

The photographs Tulke took were displayed in a small exhibition at a Berlin gallery, juxtaposing 168 photographs from the research with excerpts from interviews she conducted. Her ambition was to transport the eclectic and complex stories told by the walls of Athens to Berlin and have them inspire perspectives on the crisis that diverge from those disseminated by mainstream media and politics.

She has also been part of the ABC project, a trans-European exchange about crisis and austerity through street art and graffiti, which brought the street art of Athens to a broader European audience. Between March and April 2015 Wild Drawing and SCAR ONE (Athens) as well as Oré (Caen, France) exhibited their artworks and realised murals in Berlin and Caen, with various public events and discussions framing these encounters. 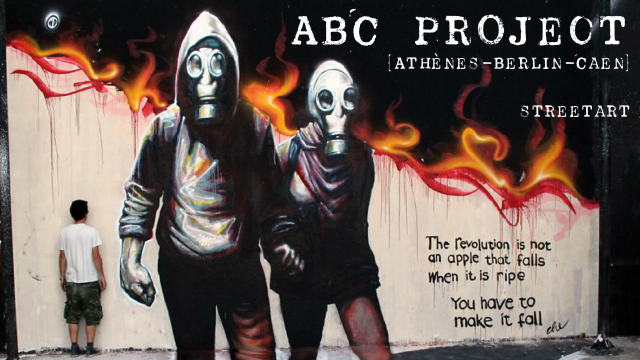 Tulke returned to Athens in 2015, one day prior to the announcement of the Referendum, in order to witness some of the immediate reactions uttered in the streets of the city via graffiti slogans, posters, stencils and murals – almost exclusively in favour of the ‘OXI’ (NO) vote.

Describing her project, Tulke explains that “the emphasis herein lies on the crisis as a lived reality and social transformation, referring to the human consequences of the imposed austerity imperative”, adding that “whether the actual artwork follows a logic of confrontation or beautification, dialogue or propaganda, it encourages the passerby to engage with their surroundings and to consider certain power relations inscribed in them”.