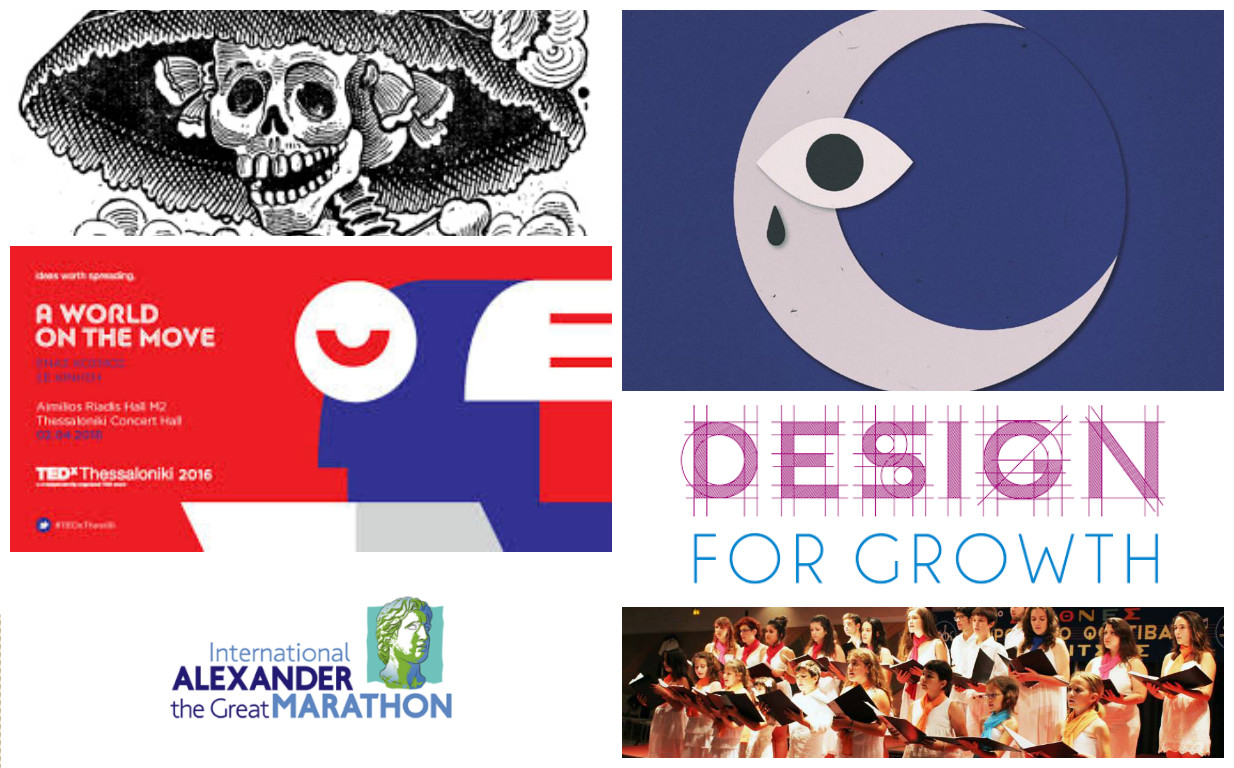 The public has a last chance to visit today the Athens Print Fest 2016, which has taken place in Athens for the third time (March 1-31) in an attempt to change reality by using the magic word 'Abracadabra'. The Festival of Engraving and Printmaking is an Art celebration during which the works showcased are selected with an emphasis on engraving and prints. New and innovative art created in Greece and abroad is also presented through lectures, educational programs and open artists' workshops.

The Industrial Gas Museum in collaboration with INNOVATHENS-The Hub of Innovation and Entrepreneurship of Technopolis City of Athens are organizing this evening (31.3) a seminar with the theme “Design for Growth”. Is it possible to evaluate the products of creative industries in financial terms? How can industrial design contribute to economic growth? Distinguished designers and design groups based in Athens will have an in-depth conversation on the importance of original design for a country’s cultural as well as economic growth.

TEDxThessaloniki brings the TED experience to Thessaloniki on Saturday, April 2, 2016, with the theme “A World On The Move”. In the TEDx spirit of “ideas worth spreading”, the first event in Thessaloniki was held in 2010 and since then, leading thinkers and practitioners came to Greece and formed a community of thousands TEDxSters, whose main trait is their passion for change.The list of announced speakers for this year includes Vasilis Sotiropoulos, a Greek lawyer who founded the first Greek legal blog, e-lawyer, in an attempt to generate debate on the protection of personal data and respect for civil liberties on the Internet, Anna Mpousdoukou, Greek journalist, Stylianos E. Antonarakis, Professor and Chairman of Genetic Medicine at the University of Geneva Medical School, Michael Green, Executive Director of the Social Progress Imperative and Zrinka Bralo, Chief Executive of Migrants Organise – community organising platform for migrants and refugees acting for justice.

The 11th International Marathon “Alexander the Great” will take place this Sunday, April 3. The Marathon, which concerns the historic route Pella – Thessaloniki, symbolizes one of the most recognizable personalities of humanity, Alexander the Great. Thus, it is not just a major and international sport event, but a path in history, a path in ancient Greek culture, a path full of Greece. In 2015,a record number of 19.716 runners went to the start line of the race, while the organizers (Sports Association “Meas Triton” of Thessaloniki) aim to increase the Marathon’s entries by 20% per year, wishing to establish it as the event with the most crucial social, economic, cultural and tourist impact in Northern Greece.

“Pierrot Lunaire” (1912), the first atonal masterpiece from the father of the twelve-tone technique, Arnold Schoenberg (1874-1951), is transformed into a piece of music theatre, by the combined forces of Dimitris Maronidis (composer) and Alexandros Efklidis (director), members of dissonArt ensemble, one of the leading contemporary music groups in Greece. The production, which will be presented to the public at Onassis Cultural Centre in Athens (April 2-3, 2016), brings together Schoenberg’s historic avant-garde, contemporary psychoacoustics, the moon-dreams of the post-Romantic Pierrot, and the bleakness of the world after the conquest of the Moon.

The 8th International Meeting of School Choirs will take place in the city of Karditsa (March 31- April 9, 2016). More than 5000 singers from Greece and abroad will take part in this major artistic event in Greece organizedby the Regional Directorate of Education of Thessaly with the collaborationofthePanhellenicFederationofChoirsandChoral Conductors under the aegis of theMinistry of Education. The event is dedicated to leading composers Angelo Catelani, Carlo Gesualdo da Venosa, Giovanni Paisiello, Jean Francois Rameau and Johan Jacob Froberger and it takes place within this year’s 34th International Festival of Karditsa, an important cultural happening consisting of various events related to music, such as opera nights, chamber music, symphonic music, recitals, congresses, meetings, workshops and seminars.

The Benaki Museum Shop is hosting the exhibition “Articulations”, by Christos Paplomatas, part of a series of exhibitions entitled “Material Quests”. These exhibitions are organized and held at the Benaki Museum Shop in order to present and promote artists from the fields of applied arts and design. The exhibition features ‘architectural jewellery’ designed and handmade by architect Christos Paplomatas. Conceived along principles of architectural design, the pieces on display are small-scale wearable wooden assemblages to adorn the neck, the ear, or the hand, consisting of silver-engraved bits of ebony, whose mobility is ensured by tiny mechanisms such as wheels, pivots, hinges, or drivers.