Meet “The Durrells” in Idyllic Corfu!

Gerald Durrell, the renowned English naturalist, zookeeper, conservationist, author and television presenter, was 11 years old when his mother decided to move to the island of Corfu with him and her other three children. It was on this beautiful Ionian island, where the scent of olive groves and the reflections of nature in the shimmering turquoise waters dominated, that Durrell began to collect and keep local fauna as pets. The impact of the island on young Durrell’s memory was so intense, that this experience served as basis for creating his bestselling 'Corfu Trilogy' memoirs, beginning with “My Family and Other Animals” and its successors “Birds, Beasts, and Relatives” and “The Garden of the Gods”, plus a few short stories like "My Donkey Sally".

Based on Durrell’s most famous book “My Family and Other Animals” where he narrates his idyllic, if oddball, childhood in Corfu, a new drama series commissioned by ITV Channel to acclaimed screenwriter Simon Nye, entitled “The Durrells”, began airing Sunday April 3rd, with the first episode narrating the story of Louisa Durrell, Gerald’s widowed mother who was struggling to make ends meet for herself and her children, after losing her husband. The first episode illustrates her struggle for her family’s survival and her subsequent decision to move with her four children to Corfu on a “rescue mission”, somewhere her family could heal itself before it was too late. But the main theme of the series narrates young Gerald’s fascination with the wildlife of Corfu and his idyllic childhood spent on the island studying the wildlife with the help of Theo Stephanides (played by Greek actor Yorgos Karamichos) an academic, biologist and naturalist and Gerald’s later mentor, who showed him how to study animals and log his findings, inspiring a lifelong passion. 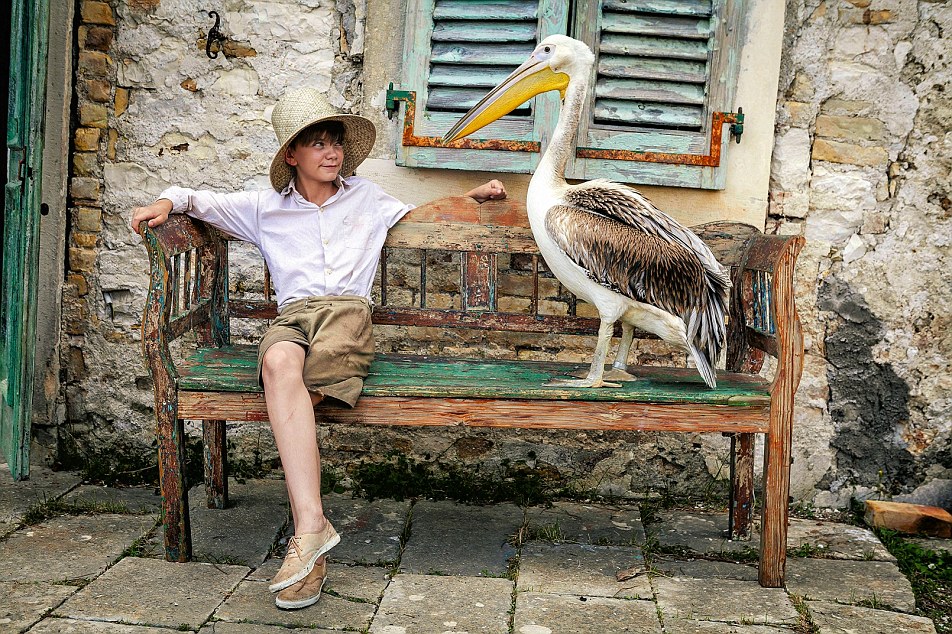 It is 1935 and the sundrenched island of Corfu is idyllic, with its mesmerizing blue sea, its land teeming with wildlife and with nature offering its best (orange and lemon trees, sun baked olive groves and kumquats). Louisa’s uncanny/unruly children (Larry 21, Leslie 18, Margo 17, and Gerry 11), initially resist the change, since she decides to whisk her family away from home to a place where facilities are scarce and practically without any money to survive. They are happy to rely in the help of locals played by a number of charismatic Greek actors (among which Alexis Georgoulis, Anna Savva, Orestis Chaniotakis, Christopher Sciueref and Yorgos Karamihos) experience life in Corfu and all the wonderful things coming with it: friendship, human encounters, nature and lots of animals. Roger the family dog, Aleko the seagull and a pet pelican are just a few of the delightful creatures populating the Durrells’ house as Gerald sets about turning their home into his own personal zoo. 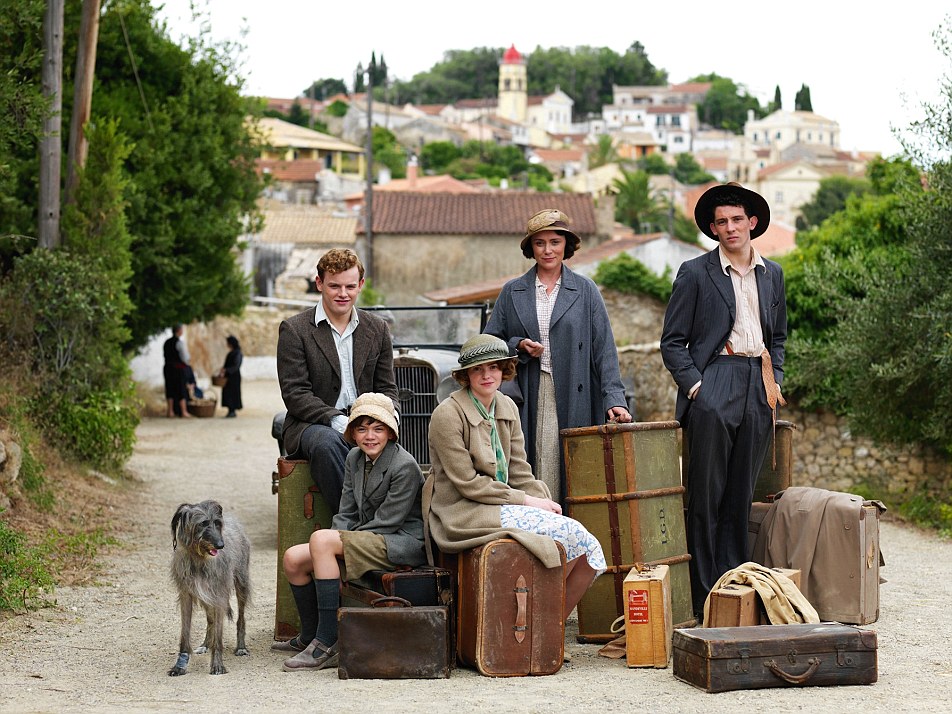 The Durrell family lived in several different homes on the island, the most famous of these being “The White House”, home of Lawrence and Nancy Durrell, perched on the edge of the sea in Kalami bay. Sadly, the outbreak of the Second World War resulted in the family returning to England. But Gerald recorded his experiences in the famous book trilogy and was later inspired by these experiences to continue with his life’s work rescuing animals from extinction, by establishing the Durrell Wildlife Park in Jersey.  But every May,  conservationist Gerald Durrell’s widow, Lee, returns to Corfu, joined by naturalists, botanists, entomologists and Durrell devotees, to retrace the footsteps of her late husband: picnicking by the “lake of lilies”, exploring Corfu Town and examining the island’s flora and fauna. Lee’s favorite time of year is spring, when wildflowers carpet the hills: “If there’s a second series, I hope they are able to shoot in the spring because I’ve never seen wildflowers as beautiful” she once quoted. 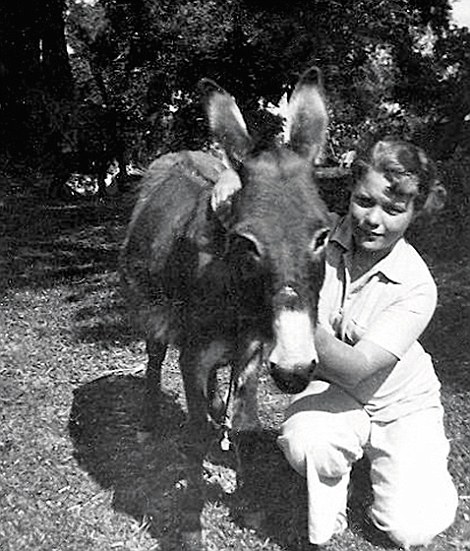 Production of the six-episode drama began working in Corfu in mid June 2015, with technical crews, wardrobe people, make-up artists, runners, extras, minders, PR types and actors all assembled in Corfu to film in some of the island’s best locations, among which the village of Boua in Danilia, the old Gerakaris mansion in Kontokali, the village of Varypatades, Halikounas, the Asian Museum and the elegant Mon Repos, to name a few. The first episode aired on Sunday April 3rd and the series has already gained positive reviews, with The Telegraph commenting that the “sumptuous use of Corfu’s ravishing scenery plus a measure of authenticity and respect for the locals by casting – can you believe it – Greek actors in Greek roles, and the overall effect became ever more magical.” 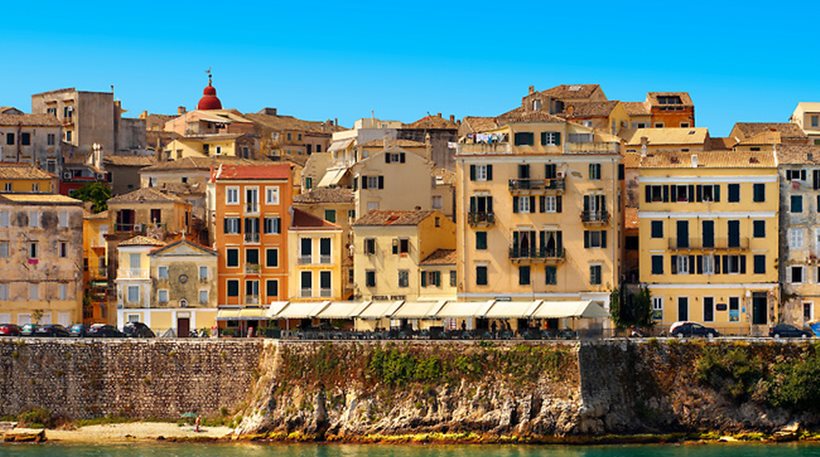 Over six episodes we follow the Durrell family as they adjust to their new life.  Along the way they’ll meet new friends, rivals and lovers all of which will take place along the idyllic coastline stretches, the mountainous interiors, the traditional cottages, the Venetian and UNESCO World Heritage Sites, the narrow paved lanes and the mesmerizing views of this unforgettable island.

View the trailer: “The Durrells” and go behind the scenes to discover more details about the series.