A House of Culture in Memory of Manos Hadjidakis 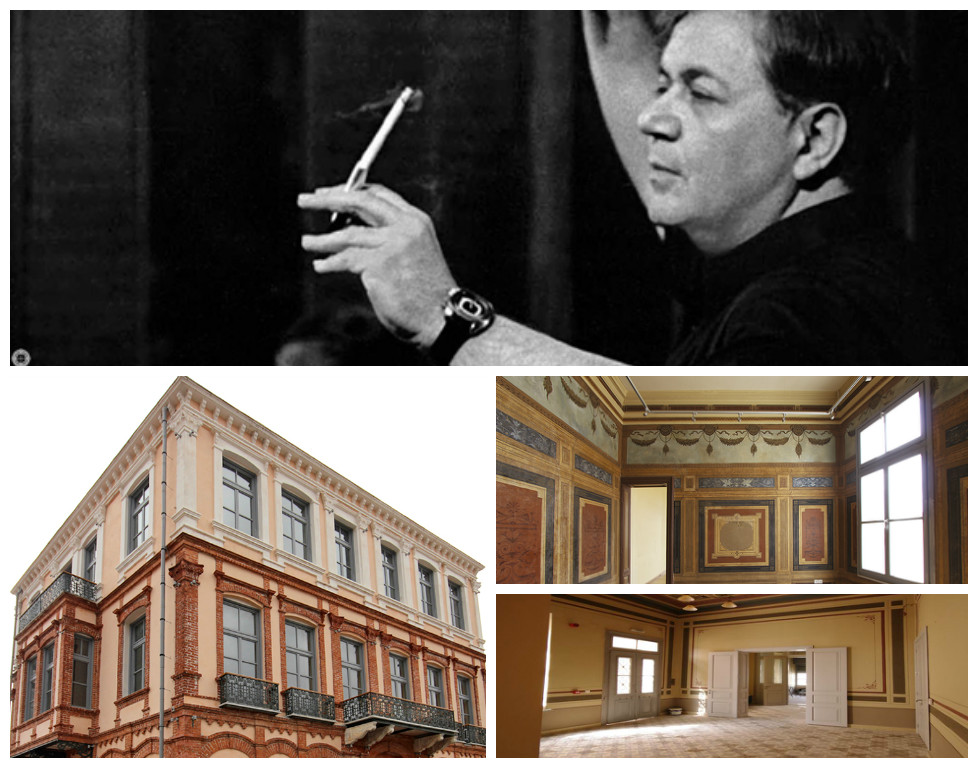 The house in which acclaimed Greek composer Manos Hadjidakis was born and raised (also known as Frourarcheio of Xanthi) will become a House of Culture, to be inaugurated this weekend (April 17, 2016), following the completion of restoration efforts under the supervision of the Eastern Macedonia-Thrace district authorities.

Originally built in 1895, the neo-classical, listed building in the heart of the historic core of old town Xanthi, underwent extensive restoration and refurbishment. It consists of three floors: the ground floor will host exhibitions and activities, as well as music lessons and a shop; on the first floor, there will be a café and a restaurant that will host events; and the second floor will remain a place of memory for Manos Hadjidakis. There will also be children workshops, a department for the production of publications, cultural exchange, and a room available for music groups. Shortly after the inauguration, on April 21, another event will take place, entitled “The Civilian Manos Hadjidakis,” which will include publications, articles, photos and other documents, regarding the life and work of the composer.

Born in Xanthi, in 1925, Manos Hadjidakis is perhaps modern Greece's greatest composer and songwriter, who helped usher in a new era for Greek music in the post-WWII era, elevating the earthiest strains of Greek folk and popular song into respected art forms. In the process, he found great success as a composer of popular songs in Greece, whilst becoming known to international audiences through his movie soundtracks, winning an Oscar in 1960. He also composed contemporary classical pieces for ensembles small and large, often inspired by Greek poetry, and wrote for the theatre and ballet. Many of his songs, larger compositions, and recordings are considered classics in Greece, and cornerstones of the country's modern popular music. He remained a highly respected intellectual and cultural figure in Greece up until his death in 1994.