Lecture: Lord Byron and the bailouts 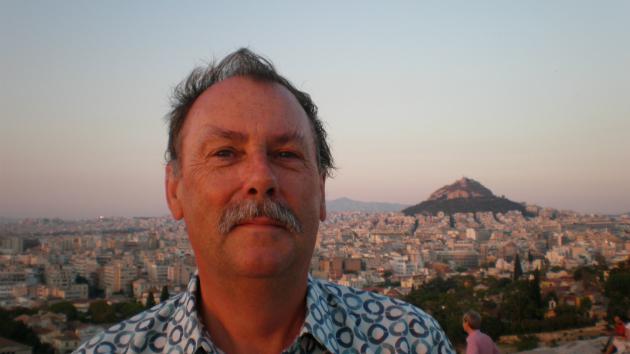 Τhe Athens Concert Hall is hosting a lecture by Roderick Beaton, Koraes Professor of Modern Greek and Director of the Centre for Hellenic Studies at King's College London (Lord Byron and the bail-outs: what the British poet really did for the Greek Revolution of 1821, April 13, 19.00, For live streaming click here). The event takes place in collaboration with the British Embassy in Athens, the British Council, King’s College London and Patakis Publications. Professor Beaton will be introduced by the British Ambassador, John Kittmer, and writer, professor and editor at Patakis Publications, Haris Vlavianos.

Lord Byron’s death in Greece in April 1824 created an enduring legend. But the real story of the poet’s mission to help Greece in its revolution against Ottoman Turkish rule is one of hard-headed politics, which goes straight to the heart of the country’s present-day crisis. In his book Byron's War: From the Romantic Imagination to the Greek Revolution, Professor Roderick Beaton re-examines Lord Byron's life and writing through the long trajectory of his relationship with Greece. Beginning with the poet's youthful travels in 1809-1811, Byron's War traces his years of fame in London and self-imposed exile in Italy that culminated in the decision to devote himself to the cause of Greek independence. Then comes Byron's dramatic self-transformation, while in Cephalonia, from Romantic rebel to 'new statesman', subordinating himself for the first time to a defined, political cause, in order to begin laying the foundations, during his 'hundred days' at Missolonghi, for a new kind of polity in Europe – that of the nation-state as we know it today. Roderick Beaton draws extensively on Greek historical sources and other unpublished documents, to tell an individual story that also offers a new understanding of the significance that Greece had for Byron, and of Byron's contribution to the origin of the present-day Greek state.

As Professor Caroline Franklin puts it “Beaton has constructed a gripping narrative of Byron's self-transformation from Philhellene to a pragmatic and courageous politicker. Far from playing at soldiers or sentimentalising the klephts, Byron was a moderniser and internationalist who saw the Greek revolution as a crucible whose future constitution might inspire the transformation of Europe.”