Following three successful exhibitions in North America that welcomed around half of a million people, the largest comprehensive exhibition of Greek antiquities ever to tour outside Greece “THE GREEKS - Agamemnon to Alexander the Great” is making its final stop in Washington, DC, for a four month run at the National Geographic Museum from June 1 through October 9, 2016.

Showcasing more than 500 outstanding artifacts from the national collections of 22 museums throughout Greece -most of which have never left the country before- this unprecedented and emblematic exhibition, the largest of its kind to tour North America in 25 years, invites visitors on an extraordinary journey through 5,000 years of Greek history and culture, from its Neolithic originsto its expansion into Asia and Africa under Alexander the Great and tells the unique story of one of the world’s greatest ancient civilizations, often regarded as the cradle of Western civilization.

“THE GREEKS is the largest and most comprehensive exhibition of Greek history and culture to visit North America in a generation,” said Kathryn Keane, vice president of Exhibitions at the National Geographic Society. “From their Bronze Age beginnings to the height of classical civilization, the Greeks and the traditions they founded continue to have a profound impact on our lives today.”

Billed as the biggest exhibition of Greek antiquities in North America in a quarter century, the show was acomplex one to organize and the Hellenic Ministry of Culture and Sports (Athens,  Greece) worked with four North American museums to shape a successful 2-year/4-cities tour through the Pointe-à-Callière Montréal Archeology and History Complex (Montreal, Canada), the Canadian Museum of History (Gatineau, Canada), the Field Museum (Chicago, USA) and the National Geographic Museum (Washington DC, USA). 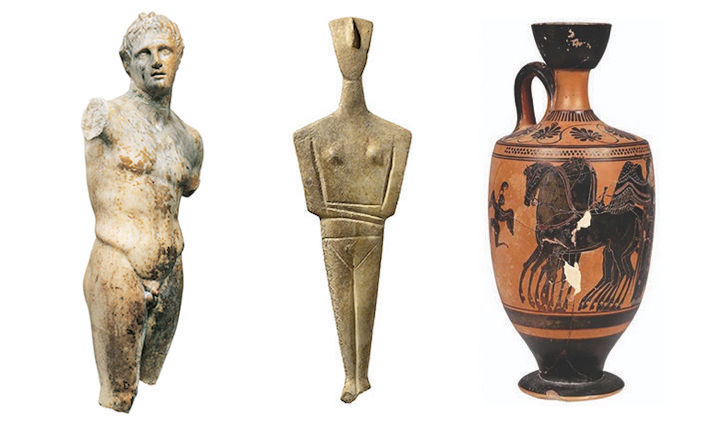 Presented in chronological order, the exhibition spans five millenia and covers nine historic periods, from the Neolithic Period, around 6000 BC to the late Hellenistic. Visitors encounter the early origins of Greek writing and art from the Cycladic and Minoan cultures of the Aegean, meet the Mycenaean rulers and priestesses, the warriors of Sparta, the heroes, athletes and philosophers of Classical Greece, Athenians and their achievements, the Macedonian Empire under Alexander the Great, the king that would spread Greek culture throughout the world —giving rise to a new Hellenistic world and civilization as we know it. 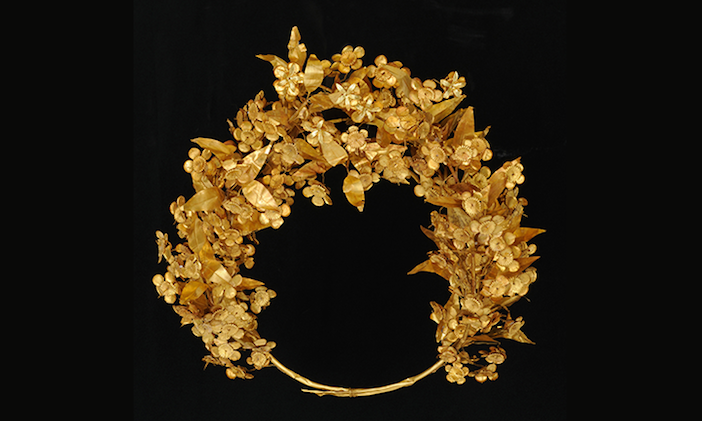 Hellenic culture had an impact on world history unlike other civilizations and the exhibition explores pivotal moments and achievements that led to the birth and foundation of Western democracy and philosophy, modern art, science, medicine, poetry and theater, the Olympic movement and sports. Highlights include iconic artifacts from the tombs of the Bronze Age rulers of Mycenae and the earliest aristocrats of Archaic and Classical city states, inscribed pieces of pottery (ostraka) that were used to ostracize even the most powerful leaders of Classical Greek society, astonishing finds from the tomb of Philip II, father of Alexander the Great, etc.

In addition to this exhibition, National Geographic produced a three-hour series “The Greeks” for the American public broadcaster PBS, airing June 21, 2016, as well as a rich complimentary programme of publications and special events.