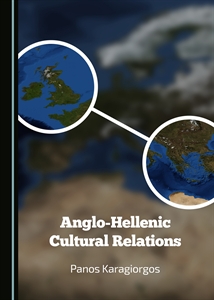 “We are all Greeks. Our laws, our literature, our religion, our arts, have their root in Greece” said Percy Bysshe Shelley, a renowned English poet of the 19th century whose enthusiasm for the stirrings of independence in Greece prompted him to write Hellas (1821), which was to become the last published poem during his lifetime. Among other historical figures, the case of the great philhellene Shelley is included in Panos Karagiorgos’* book, entitled “Anglo-Hellenic Cultural Relations” (Cambridge Scholars Publishing, 2015).

The author of the book believes that the influence of Greece has had a strong effect on Britain’s cultural heritage and vice versa, offering an insightful contribution to a further and better understanding between the people of these two countries. Specifically, the book encompasses fifteen topics relating to the more significant cultural contacts between the two countries. All these fifteen chapters are the result of research in various archives, both in Britain and in Greece, and thanks to his respect for the original sources and his knowledge of both English and Greek culture, Professor Karagiorgos’s volume sheds ample light on the fertile interactions of two major European cultures, demonstrating some sporadic periods of the reciprocal cultural, as opposed to political, relations.

This volume brings together a host of familiar names and many more minor figures, who in some way mediated between the British Isles and Greece, over a period spanning more than two millennia. From Pytheas, who was the first to circumnavigate Britain in the time of Alexander the Great and who gave a detailed report of what he saw there, to an account of the life and works of the Greek monk Theodore of Tarsus, later 6th Archbishop of Canterbury, who organized the Church of England, the book includes a chapter on Shakespeare’s classical knowledge and his “small Latine and lesse Greeke”. There is also a chapter on Milton’s interest, when he was Cromwell’s Latin Secretary, in liberating Greece from Ottoman rule, and a study of an ode the young Coleridge wrote in Greek. The book goes on with the case of Shelley, as well as with the case of another English poet and philhellene, Lord Byron, while it presents a lesser-known poem on Rigas’ death written by Elizabeth Barrett Browning, concluding with two articles on Clement Harris, who volunteered and died for Greece in 1897. Last but not least, the author makes a special reference to Lawrence Durrell, who loved Greece and lived on three Greek Islands, Corfu, Rhodes and Cyprus. 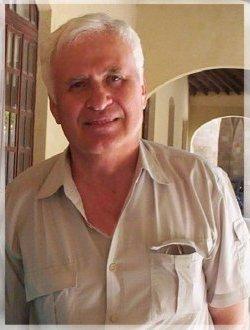 *Panos Karagiorgos, former Professor of English Language and Literature at the Translation Department, Ionian University, Corfu, studied English and Greek Literature at the Aristotelian University of Thessaloniki and English Literature at Birmingham University, the Shakespeare Institute, from which he received his Ph.D. in 1976 with his dissertation “Greek Translations of Shakespeare: a Comparative Study”. Prior to coming to Ionian University in 1980 where he taught English – Greek Translation and English Language and Literature until 2004, he lectured on English and Modern Greek Literature at the University of Ioannina and also taught as a Visiting Professor at various universities in the United States, Canada, Germany, Norway, and Italy. He discovered and published unknown letters by the Greek poets Solomos and Kalvos. He is a member of the Greek Byron Society, the Hellenic Literary Translators’ Association, the National Association of Greek Writers, and a Life-Member of the International Lawrence Durrell Society.